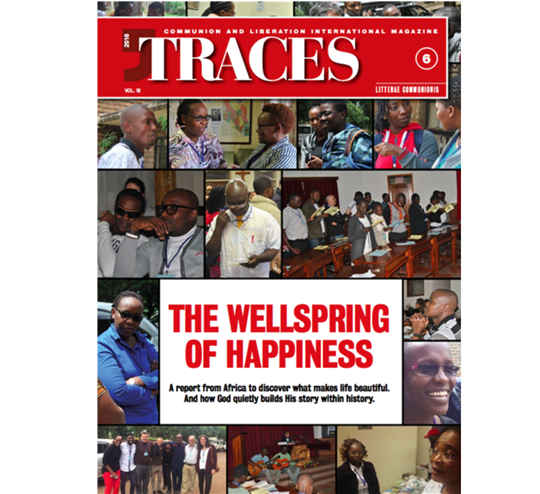 If there’s a word that can provoke instant disagreement and controversy today, it’s “Europe.” Not only because the Union is tangled in a knot of challenges proving harder and harder to unravel (the influx of migrants, the raising of walls, the risk of . “Brexit,” weak economies), but even more because of the sense of disappointment, a deep uneasiness that sometimes wells up to the point of rejecting everything: moving from a common project of peace, solidarity and well-being–a European dream somewhat parallel to the American one–to the feeling of having to deal with an entity that’s at the same time distant from the needs of individual people, invasive into daily life, and incapable of solving problems.

However, these contradictions could be taken as a good opportunity to learn and to understand. First of all, to learn why a condition of peace which was taken almost for granted– we’ve never seen three generations grow up without a war in Europe–is at risk of crumbling in a short time. Second, to see if and how we can begin again–if it’s possible to hope for “a new beginning,” as Julián Carrón asked asked in a debate, two years ago, on Europe. And to see if it’s possible now, because a glorious history and a starting point well grounded in firm values like those of the founding fathers is not enough. What’s needed is a “rebirth,” something capable of “bringing back pure water to the roots of Europe.” It’s just as Pope Francis suggested, in the speech he made a few weeks back, addressing the leaders of the European Union when they gave him the Charlemagne Prize, which we cover in this issue of Traces.

His text is very rich and direct. He asks concise questions (“What happened to you, Europe?”) without sugar-coating the limitations of a “family of peoples” that has become a “grandmother” (with “resignation and weariness,” that has “has lost its ability to be creative”). He specifies three roads to begin down immediately (“integrate, dialogue, and generate”). And at the end of this critical yet constructive reflection, he indicates the contribution the Church can give to this rebirth. Her task, the Pontiff observes, “is one with her mission: the proclamation of the Gospel, which today more than ever finds expression in going forth to bind the wounds of humanity with the powerful yet simple presence of Jesus, and his mercy that consoles and encourages. God desires to dwell in our midst, but He can only do so through men and women who, like the great evangelizers of this continent, have been touched by Him and live for the Gospel, seeking nothing else.” Humanity’s wounds, and the mercy of Christ. This is God’s method, which passes through “men and women touched by Him.” Nothing more.

It doesn’t take much to recognize that these words are capable of extending far beyond the confines of Europe. In fact, they are the key to unlock all the other stories in this issue of Traces; they propose the question that underlies every topic covered in these pages.