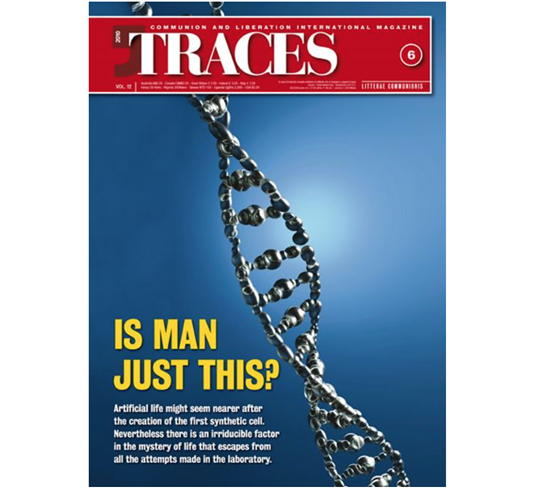 It’s true that, at times, numbers talk. On May 16th, two hundred thousand people were in St. Peter’s Square, to welcome the Pope and to be welcomed by him for the Regina Coeli prayer–a rare spectacle, coming only three days after the four hundred thousand on the esplanade in Fatima, during Benedict XVI’s trip to Portugal. At the same time, Turin had seen over two million pilgrims, in less than two months, going to see the Holy Shroud. If you add all this up, you cannot but draw the conclusion of many observers: a Christian people still exists. You don’t expect it, but it’s there; you can see it. This fact stares out of the newspaper in which, on the same page, under a headline claiming that “people are losing trust in the Church,” you see the photograph of St. Peter’s Square filled to overflowing.

But then the Square empties, and everyone goes home–everyone to his home. The newspapers and the television move on to other things; the comments on the “demonstration in support of the Pope” fade away, and the effect of the numbers evaporates. And it is there, in each one’s life, that the true question emerges, or fades away: what really happened in St. Peter’s Square? What happened to me who was there? What did I learn? What did I get from the sacrifice of the journey, that disproportionate effort (many, coming from Sicily, or from the northernmost regions, travelled 20 hours on the train or on bus for just 20 minutes in the Square)? And, most of all, why did I find myself glad to be there?

In this issue, we talk about this challenge. Most of those two hundred thousand were there for themselves, out of affection for the Pope, certainly, but through the Pope out of affection for themselves, for the experience they are living; in that concrete, historical presence they find a secure rock on which to stand. Without this, sooner or later, everything would come tumbling down; faith and humanity would fade away, not to mention the numbers.
Those who were there can tell their story, can tell of the change they lived in taking seriously that reason Fr. Julián Carrón, President of the Communion and Liberation Fraternity, sensed as useful for himself and that he offered to everyone, and which at first seemed almost strange: “We are going to Rome not to support the Pope, but to be supported by him.” Those who were there can tell of a verification of faith, of a certainty that showed itself stronger because it passed through the method that only Christianity can offer the world–a fact; something that you don’t give yourself, but that happens and provokes you and therefore educates you. It educates you because it brings out what you are. “Thanks to May 16th, everyone took a step forward in awareness,” Carrón said, “both those who went and those who did not, because they all had to reckon with a fact and with clear reasons.” They were free to choose: to say “yes” or “no.”
This is where the grandiosity of an event of this kind lies–not in the numbers, in the slogans, or the good causes worth supporting, but in the heart of each person, in the power of a personal “yes,” because this “yes” is full of reasons that have become my own. This is what generates a presence, a public presence. It is what gives rise to a people. “The powers that move history are the same that move the human heart,” Fr. Giussani, Founder of Communion and Liberation, said once. And when the heart moves, the event begins.