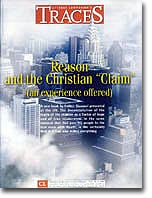 The life of a people is marked by extraordinary events that, intervening in the normal texture of existence, call us to come to terms with the fact that Mystery constitutes the deep source of every part of our experience.
For the life of our Movement, God's mysterious plan willed two exceptional events to happen very close in time to each other.
On May 24th, at the UN building in New York, the second volume of Luigi Guissani's "PerCorso," At the Origin of the Christian Claim, was presented. In addition to Archbishop Renato Martino, Permanent Observer of the Holy See to the United Nations, participants in the presentation included the Archbishop of New York, John Cardinal O'Connor; Rabbi Neil Gillman, Chairman of the Department of Theology at the Jewish Theological Seminary in New York; and the Afghan Ambassador Razan A.G. Farhadi. Lutheran Reverend Gilbert C. Meilaender, Director of the Institute of Christian Ethics at Valparaiso University (Indiana), sent his talk to be read. This gesture of true ecumenism was the outcome of an analogous occasion in 1997, for the publication in the United States of The Religious Sense, one that arose unforeseeably from the life in the faith of a very small community, like a seed in the heart of today's empire.
The second, dramatic event happened two nights later. A car accident claimed the life of our dear friend Enzo Piccinini, a highly esteemed surgeon and the father of four children, one of the leaders of our Movement.
Father Giussani immediately offered, to the many people who were shocked and bereft by this sudden loss, and to all the CL communities, the suggestion to keep before their eyes Enzo's intelligent, passionate dedication, and to pray that they might inherit his same faith.

In awe at what is given as an unexpected sign of our charism's richness, just as in grief for what seems to be taken away so inexplicably, a feeling grows like a dawning light on the horizon: everything comes from a Mystery that is the true protagonist of history, to the point that it can intervene in our lives according to plans that are not our plans.
Mystery makes Itself known as that which exceeds the limits we tend to place on things and events. A shock comes from the awareness of this, and with it a sudden sense of distance. One tends to stop at the surface of events. At the most, we remain in a sort of "waiting" state, as though openness to the plans of the Father meant a strange kind of passiveness. An important Italian poet, Piero Bigongiari, has written, instead, that the true wait is not passive, but is like a "bringing into focus," as when one scrutinizes an anonymous crowd looking for a recognizable face.

What, then, should we bring into focus in these two events-so different and enormous-that have happened to us? And where do we find the energy for this "focusing"? Thanks to Christ, a present event, reason is called to fulfill itself by recognizing that things are as they are, that is, that the real is sunk in Mystery, that God is "all in all." In this culmination of the reasonable attitude, the heart's needs find their authentic satisfaction. "What intensity of life is promised to the life of those who grasp, instant by instant, the relationship of everything to the source! Every instant has a definitive relationship with Mystery, and thus nothing is lost: we exist for this, and this is our happiness." (L. Giussani, S. Alberto, J. Prades, Generare tracce nella storia del mondo[Generating Traces in the History of the World])
With these two events marking the present moment of our Movement, God wants to clear the field of every form of tolerated passivity in the work of witness and charity to which he constantly urges us in the world.

The begging by which we bring into focus the presence of Mystery in our midst is the only response to the way in which Christ, "all in everyone," begging for our freedom, brings into focus the days of our lives.