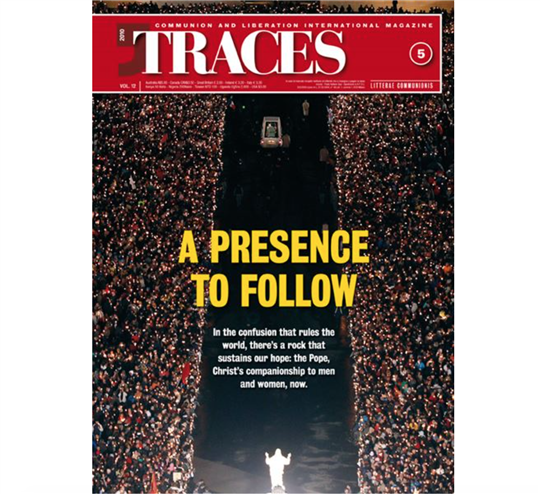 There was a moment during the recent weeks when even the storm unleashed on the Church suddenly stopped. Just an instant, the kind when your breath stops in your throat and a silence full of amazement descends. The Pope cried. It happened in Malta, with some of the victims of the abuses spoken of for a long time now. They spoke of their pain and woundedness, and he embraced that pain and that wound deeply, to the point of tears. Even the most ferocious media people were astonished. Just an instant. The next day they were –we were–already absorbed in other things. Already quick to reduce, cut, and forget.
Instead, what was seen there? The paternal humanity of Benedict XVI, certainly. A sensitivity of soul that many still refused to acknowledge, and that now emerged in all its intensity. And his courage, because you also need courage to stay before those whose suffering is the fault of your children. There’s all this, in the Holy Father, but that’s not enough. It’s not enough to explain the tears, nor above all, what those tears generated: an unthinkable peace in the victims themselves, as you will read in this issue of Traces. It seemed impossible, but it happened. Why?

This is a sign that in the Pope’s gesture, there was much more than a moved man. There was the heart of Christianity, which isn’t a series of laws or good actions, but a fact, a relationship, man embraced by a mysterious mercy beyond measure–a mysterious Presence, beyond our measure: Christ.
One thing shines through, as Julián Carrón reminded us at the Spiritual Exercises of the Fraternity of CL held in Europe, and soon throughout the world: “If the event of Christ is crystallized into doctrine, reduced to ethics or spiritualism, it is no longer capable of awakening all our humanity, and thus of standing up in the face of true human needs. If it weren’t for his passion for Christ, the Pope wouldn’t have been able to look the situation in the face without yielding to the fear of possible consequences. He was able to face it because he is certain, because he is grounded in the fullness of the unique presence of Christ, which makes it possible to act this way.” And “we can stay before all the need for justice, all the needs of our ‘I’ without succumbing to reducing them to the mass media images if we, like him, are grounded in the fullness of Christ, sustained by His presence. The experience of Christ now–now!–is decisive for having all the breadth of humanity. And it is possible only because in the midst there is the Mystery. Only the divine can save the human.”

The Pope isn’t simply a symbol, an objective you can attack to get rid of that strange institution that irritates the world with its claims, or a flag to defend, depending on your position. Peter is a real presence. He is the companionship of Christ for man, now. He is the chance to live Christianity for what it is: a relationship with a You, with the Mystery who is moved for you.
This is why more than 200,000 people arrived in Rome on May 16th, in Saint Peter’s Square, for the Regina Coeli prayer. It was a way to gather close around the Pope, “like children with their father, desirous of supporting him in his challenging ministry, expressing our affection and gratitude for his passion for Christ and for all of humanity,” as was written in the flyer inviting movements and associations. But it was also a way to yield to that embrace and those tears, to the You of God, moved to compassion for my “I.”