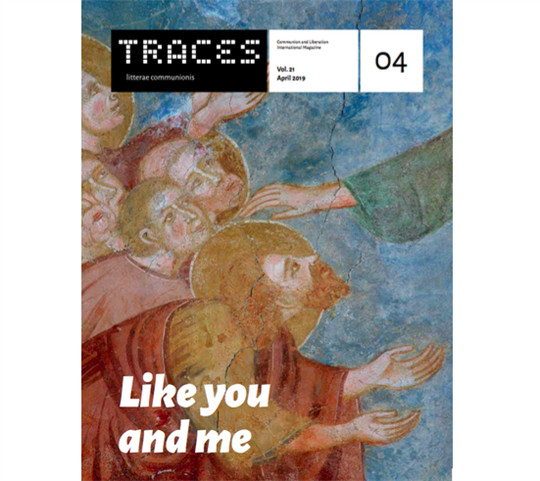 In the beginning it was an ideal. Then, a kind of miracle. Now it just seems to be a problem. In the eyes of many, the European Union, that unthinkable puzzle of languages and cultures assembled piece by piece, a gift of expectation and hope for 500 million people, has become something increasingly far-off, even hostile, especially on the eve of the May 23rd–26th elections, which are marked by so much confusion.

There are many reasons for this. Many good ones are related to the limitations of a reality that along the way has lost a good part of its original inspiration, beginning with reciprocal solidarity. But others arise out of us, out of our myopia. Look at Europe and you no longer see that it is a space of freedom and peace, the likes of which has never been seen in history, not just in the West. Its values of hospitality, cultural exchange, the Erasmus program, open borders, a common market… they are all taken for granted. But they shouldn’t be. The vicissitudes of the Union show too well the loss of concrete things that we wrongly believed to be destined to exist forever. They show clearly a lesson for all of us: if you stray from the source that gave life to certain foundational values such as the person, work, freedom, and democracy itself, if you stray from the source that generated them and made them lived, a part of history, sooner or later they fade away. Separated from the origin, they cannot resist the wear and tear of time. And thus the question: What is at the origin of the essential features of Europe? Where do they come from? What is the source of their life? How can they regain this life? Does faith have anything to do with this? Be careful: this is not a matter of returning to the sterile debate about the “Christian roots” of Europe. The rejection of these roots by the European institutions was undoubtedly a sin of arrogance. But it is also a mistake to stop there. The problem is not our relationship with the past. The problem is the present. Are those roots still alive today? If so, where?

This is not a question to be answered in a debate. You can only go see and look for stories and facts that evidence this life. This is the path we have taken in this issue: the “Close-up” offers not only reflections but testimonies, living signs of a Christian presence that contributed to the creation of Europe, bringing it to birth centuries ago from the ruins of the Empire devastated by the barbarians, and then causing it to be born again in a new form from the horrors of the Second World War. This Christian presence offers its contribution today to help Europe emerge from its crisis and regain the identity it has had over the last 60 years as a place “where each person can be immune from coercion, make his or her own human journey, and share it with those he or she meets along the way,” as Julián Carrón, the leader of CL, said in an interview that later became part of his book Disarming Beauty. Those words were spoken in 2014, on the eve of the last European elections. They are even more urgently important today.