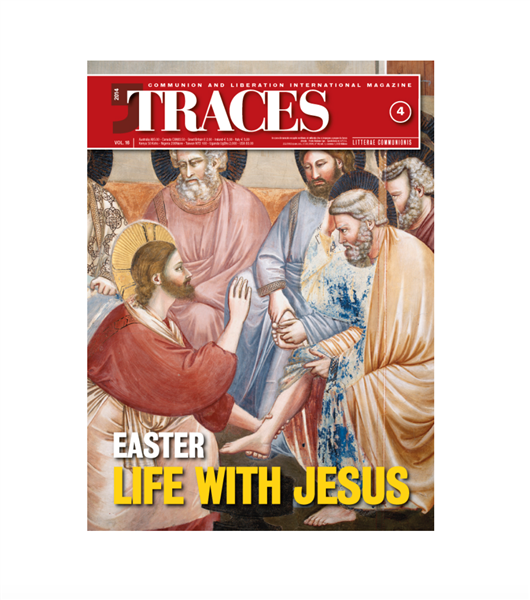 The objection has been more or less the same since the times of Judas and the Apostles: Does Jesus truly respond to the problems that life sets before us? Can He solve the problems and remove the troubles of an ever-more disoriented, uncertain humanity, capable of confusing life and death, desires and rights, our own need for happiness and the grasping after things or people? Does Christ truly change history? Faith, miracles, and the Gospel are all well and good, as is even the Resurrection–though it may throw you off balance, in the end it is not really a problem–but are these necessary for living?

One of the many jewels found in reading The Life of Fr. Giussani by Alberto Savorana is a booklet that the founder of CL wrote in 1955, not even a year after the birth of the Movement. Entitled Christian Answers to the Problems of Young People, it meets a widespread objection head on: “He came 2,000 years ago, but the world is still as full of evil as before; for 2,000 years, the Church has announced to the world, yet people still groan under these unsolved problems. It would seem more than understandable that one could lose confidence in Him after the passing of 2,000 years.” Giussani’s answer was surprising: “Jesus did not come to bring a mechanically complete solution to human problems. Jesus brought the deep principle of the solution that is applied and affirmed through human freedom.” This is the root, the seed–almost literally–of what years later would become the eighth chapter of At the Origin of the Christian Claim, a text many of our readers have been working on for some time.
But right after this, Giussani adds, “It is the task of each Christian to, so to speak, work out the technical application of that resolving principle, which is Christ, on the individual problems and individual cases. This application happens bit by bit as the pure ideal of Christ becomes alive in His faithful.” And he goes on, “The more Christ is followed and His ideal values are taken seriously as a norm, the more the human problem is resolved.” Therefore, the task of the Christian is to “incarnate the ideal values of Christ... in the attempts made to meet those needs.”
“The pure ideal of Christ.” The answer is Jesus, alive, and His way of looking at reality, incarnate and lived, because, as Fr. Giussani says on another occasion, “the single values are like your bones, which are formed over time, bit by bit, slowly, as you eat what your mother and father give you.... Following the gaze with which Jesus looked at him, Saint Peter grew his bones: these are the moral values.”
To forget that gaze, to take it for granted, to push it off to the side of life, means to lose everything.

So then, the important thing is not to have Jesus pushed off to the side of your life, but to live with Him, within His gaze. The Pope expresses this well in Evangelii Gaudium, quoted on the Easter poster you find on the cover of this issue: “We know well that with Jesus life becomes richer and that with Him it is easier to find meaning in everything.” Outside that gaze, the world does not understand itself, and the evidence becomes blurry, even the clearest and dearest. This is understood well, reading in this issue about the debate on abortion in Spain, the things that are happening in Latin America, and “Rose’s women” in Kampala. They seem like stories from the first millennium, and they also make you better understand Fr. Julián Carrón’s challenge to a group of leaders of the Movement gathered in Brazil: “Think of Peter and the first disciples. How did they enter Rome, the heart of a world that said the opposite? What did they have? Only new eyes, another gaze on the world.” The gaze of the risen Christ. Happy Easter.