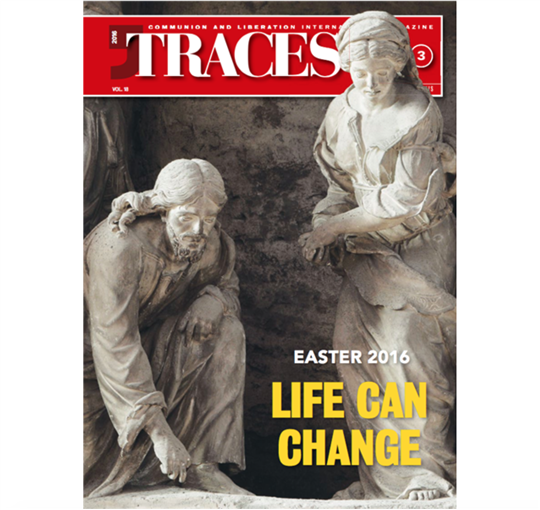 There is so much arguing in the world and among Christians. People debate, often with vicious intensity. Divisions are formed that last for centuries, each side supported by mounds of good reasons.And suddenly, seemingly insurmountable barriers, fixed as they are in the twists and turns of history and politics, collapse.

We saw this in Cuba last month, with the stunning embrace between Pope Francis and Kirill, Patriarch of Moscow and all of Russia: nothing of the kind had happened in a thousand years.It is all the more amazing if you look at it together with what surrounded that encounter. A few days before, the Pope had released a surprising interview, full of openness toward China, and a few days later, he invited Ahmad Al-Tayyib, the Grand Imam of Al Azhar, the Egyptian university that is the point of reference for Sunni Islam, to Rome. These three breaches in as many walls followed those opened in Central Africa, where Francis’ visit suddenly drew together factions that had been at war for years, or in Havana, when even Raúl Castro and Barack Obama thanked the Pope for his decisive role in re-opening contact between Cuba and the United States. These events were unthinkable according to all the geopolitical analyses, yet they happened, and these very facts also pose questions, one of which is, What made them possible? What is the source of these things? How can there be a flowering, or re-flowering, of a unity historically impossible?

There are no quick answers.Time and space will be needed to understand. But it is striking that a moment after that embrace with Kirill, as the world began to run through the text of the Joint Declaration that surprised everyone (as you will read in the
following pages), Francis began his comment by saying, “We spoke as brothers; we have the same Baptism.” This is where the Pope looks. The same Baptism: Christ. The same criterion for facing reality: faith. This is the source of the encounter: the
return to the Essential. This is not an exclusively spiritual premise: it is what makes it possible to get to the heart of problems, because if there is one thing evident to the whole world, it is that moving in this way, the Pope gets to the heart of problems. How? He enters so deeply that he nudges the parties in conflict to the point where they can see a glimpse (at least a glimpse: then it is clear that there is a long road to travel...) of possible solutions to conflicts that have been open for decades–like the painful question of Ukraine. In any case, he enters by the main door, instead of through one of the thousands of service entrances that seem to us to be more effective shortcuts, but which inexorably end up in quagmires with no results. He enters, keeping his gaze fixed on Christ, and not on analyses, balance sheets, or power games, and thus he does so continually giving credit to the parties in conflict, to the spark of good in each one, in any part of any conflict. Father Antonio Spadaro, in a recent article in La civiltà Cattolica, spoke about mercy as the main key to understanding Francis’ “political” vision,one in which we can “never consider anything or anybody as definitively ‘lost’ in the relations between nations, peoples, and states,” because the measure of history is different, and is not our ideas, no matter how right they may be.

These are crucial issues,which, in turn, open and bring to light many other questions, including the role of Christians in the world, and above all, the meaning of witness and taking sides, of dialogue and unity, key words of the experience of faith that are even more decisive today (as we will see clearly in the “Page One” text–soon published in the Traces and CL websites–that is an account of a recent Assembly of CL responsibles). But in the end, at the bottom of all these vicissitudes, there remains one dramatic question: Who truly makes history? Do we, with our projects, or does Jesus,
upon whom we fix our gaze? To answer, look at the facts.