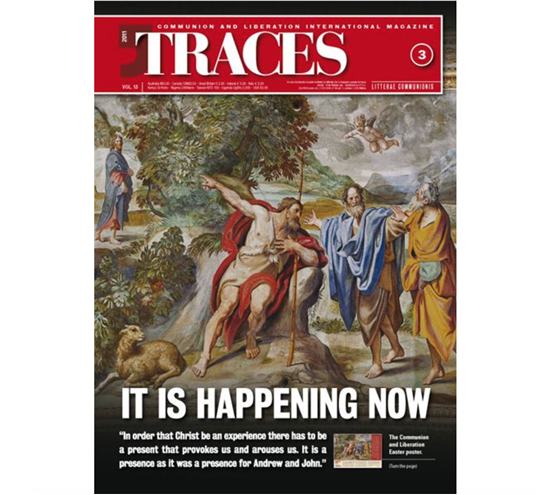 What do we mean when we say we need to judge? And why is it so urgent, as the Pope points out, that "the intelligence of faith become intelligence of reality"? Let's be quite clear: at times it escapes us. We tend to think of it as something that has nothing to do with what makes the world go around. It's alright for "reality," which is a big word, or rather a wide one, so wide that we end up manipulating it as if it were an idea, an abstraction. In this way, the argument holds up, but when we drop down from "reality" into facts–home life, work, politics–we imperceptibly change direction. Almost without realizing it, we reduce judgment and cognition to an exhausting and rather obsessive attempt to make a list of the data, the better to analyze them, to take them apart and put them back together in a more orderly way, as if they were the pieces of a jigsaw, until the last piece falls into place and we are able to solve the puzzle and say, "I've got it."

Okay, let's try, for example, before the epochal change looming over North Africa. Let's try to see if, in order to understand more, it's enough to stack up information, to line up the pieces of the clock before us, one by one, down to the last cogwheel, and try to grasp the sense of it all, as Fr. Giussani wrote in one of the simplest and most suggestive examples in The Religious Sense. Something is missing. Some days ago, in a meeting of university students, one of them told of his praiseworthy attempt to get a better grasp of what he'd been reading on the front pages. He had spent a weekend studying the newspapers, a whole heap of them. He said, "On Sunday evening I was more confused than before." The urgency, the need to judge, had been left unanswered. In this case, too, there was something missing–the criterion for judging.
The analyses simply don't work. The confusion remains, and the reason, if we are honest, is that we have changed direction, changed method, embarking on an effort to take everything into account without taking account of ourselves, of the depth of our need, of our evidences and needs, of what The Religious Sense itself calls "heart."
But that is precisely where judgment begins–from the heart and from Him who reawakens it over and over again. This is the weapon that enables us to face everything. Start from yourself–you are in need of everything–and from the one fact that claims to answer everything, that attracts and pushes the heart to measure itself against everything: the presence of Christ.
If you lower your sights, you are lost; chaos returns in a flash. If you use your heart, you find yourself dealing with things in a different way: your wife, your husband, your job, your studies, sickness, even politics. Everything is penetrated, transfixed by your real needs. You won't understand everything, but you will be able to face up to things without being bewildered. You will not have solved the problem (can anyone solve it anyway…?), but you'll be in the best position for tackling it, and you'll get a taste for tackling it instead of wanting to run away. In a word, you'll find yourself free.

So we don't suspend judgment, nor do we postpone it. We don't budge an inch, as you'll see in Page One article of this issue and in the other articles dealing with North Africa and the earthquake in Japan.
It's worthwhile, because you discover that, little by little, everything falls into place. Reality comes back into focus; ideas become clearer; uncertainty gradually gives way, and you begin to move. You'll fall over, you'll go astray, but you'll make quick progress. You'll be able to get involved in things without leaving yourself out, and you'll see what is inside, thanks to Him who sees what is inside.