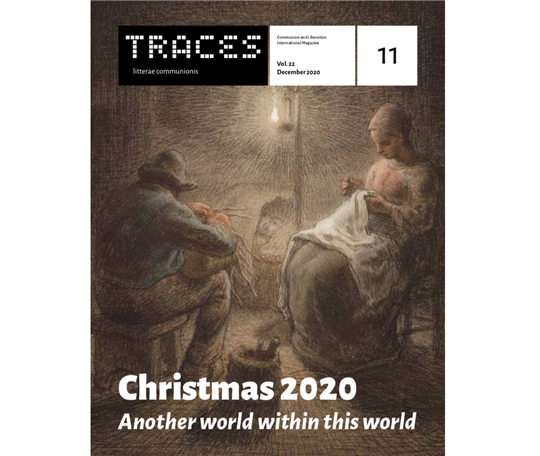 A line of Fr. Giussani’s has been recurring often in our conversations and work together in recent weeks, a sign of how much it struck those who heard it at the CL Beginning Day (see the most recent issue of Traces), and also a sign of how we recognize it as familiar, of how we see it happen in our lives. “The Lord works even through whispers.” He does not impose His presence through spectacular gestures, but instead suggests, invites, and elicits. He proposes Himself to our freedom and to our openness to following the things that He brings forth. If you think about it, Christmas is this way, too. A helpless infant came into the world in a remote and insignificant part of that world, in a marginal and unknown province of the Roman Empire. That birth was less than a whisper in history, and yet changed it forever because it makes living history possible.

Without the Incarnation, if God were not present in reality, life would simply be impossible. Perhaps you could bear certain blows for a while, but only if you are one of those with a very strong temperament. Even then, our freedom could never flourish under those blows, nor could the fullness of our humanity ever blossom deep down because it would be impossible to live deep down that of which we are made: a relationship with the mystery, with the Father. Without the Son, who lives in and for that relationship, who came to become flesh and show everyone that crucial bond with the Father, we could never on our own conceive of ourselves as children. Maybe in theory we could recognize (in some extraordinary leap of reason, even as reason seems to be growing ever feebler) the evident fact that I do not make myself, that in this instant I am generated by someone else who wants me. But a theory would not suf ce for living this recognition, for facing reality on the basis of this evident fact, making it part of one's gaze on reality.

“Caro cardo salutis”: the salvation of our very flesh is in the Incarnation, says this much more ancient expression, often heard in recent times. But what is needed is a present Incarnation that reaches us now, facts and testimonies that encourage us today to have the same docile and wonderstruck openness of the first ones, of those shepherds who put their faith in that mysterious “whisper of God.”
Life is full of such testimonies, and a few of them are featured in the following pages. They are His flesh, God among us. Merry Christmas!