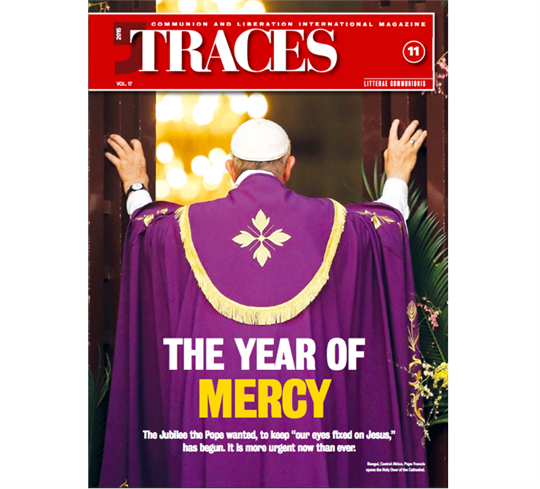 Those who have had the grace to go at least once to Bethlehem or Nazareth know those places were truly a nothing, just holes and hewn rocks in the desert of places that even back then were periphery, unknown to the world.And yet God chose to become flesh there. We have heard this a thousand times, Christmas after Christmas, but if you think about it, it is truly difficult to imagine yourself in that Christmas.We almost inevitably superimpose the “after” on it, overload it with what we know now, after two thousand years of faith and works, an impressive historic form, something that has changed the world, and which is impossible not to deal with, whether we like it or not.We often lack the perception of how real that nothingness was, because we look at it already mindful of how the power of Christianity expressed itself over the centuries, and how it expresses itself today.

But back then,that night,Christianity did not yet exist. Its cultural power, the values it would instill in people, the very powerful impact and benefit it had and has on politics,peoples, and history did not yet exist. There was nothing of any of this. There was only a child in a stable; nothing could be more helpless. Just as John, the last of the prophets, was helpless, a man dressed in rags and a cord belt Or Abraham, with whom everything began: a shepherd on the steppe of Asia. Nobody would ever have wagered that history would have been changed in this way. But He did. It is His method, His road.

And it is to that road that we must look. This has always been so, but it is even more so now that uncertainty has taken us by the throat, now that leaders are seeking the best ways to react to the massacres of Paris, Bamako, Beirut, and Tunis, now that weapons are being sought to face the “world war fought piecemeal,” of which Pope Francis spoke (and about which this issue of Traces speaks). It seems like nothing,to think that the path is to keep your gaze fixed on a child. It seems too little, compared to all the analyses, the activity, the battle to which reality calls us. But it was this way, literally this way, that the human began to blossom, that the human begins to blossom. This is why the Pope asks us to look there,now,to fix our gaze on that child, because in that helplessness, in that “God who emptied Himself,” as he said at the Conference of the Italian Church in Florence, there is an extraordinary power. In that apparent “sign of weakness” that is Christ, the Face of mercy,there is “the mark of His omnipotence,” as he wrote in the Bull of Indiction of the Jubilee of Mercy, all the power with which God continually gives form to the world,within all the horrors and the evil of history.It is not that the world was better two thousand, or one thousand, or two hundred years ago.And yet He changes it this way: a child, a man, and then women and men who are taken by Him, slowly but surely, in history. This is the method of God, capable of changing the world by the only road possible: the heart of the human person. One at a time, because through one He communicates to all. Every other road that does not pass through this would be useless, any other conquest–of space, power, orinfluence–sterile.

We would have chosen other roads. We are continually tempted to choose them, attracted by our ideas and by the projects that we like to think are more effective.He chose this.He chooses every day, in every moment: He touches
the heart of a person with His mercy.Nothing else. It is His method.We have this upcoming Christmas to celebrate it, and a special year ahead of us, a HolyYear, to learn even better how worth our while it is to follow it.