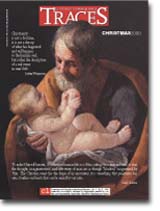 A people arises in history as the result of an event. This event can be the personality of a king or a saint, or a series of happenings which is seen in a new light by the consciousness of some persons.
But what are the phenomena that mark the existence of a people once it has arisen? First and foremost, there is the fact that the members of this people help each other in their needs and adversities. Then, a unitary conception of life and the world is expressed in culture. And finally, if it becomes necessary to fight to defend something of value, there will be promptness and unity of action, even at the cost of personal sacrifice.
In recent weeks, three facts have marked the existence of a people, of a movement of a people. We mention them briefly here, so that their value may endure as an example and reminder for everyone’s life.

First: the great gesture of charity of the Food Bank. 100,000 volunteers took turns for a day in front of 2,500 supermarkets in Italy, gathering thousands of tons of food that will help assuage the hunger of 950,000 poor people.
This was an impressive and simple gesture, elementary in its ability to communicate its reasons for being and to involve anybody who wanted to take part.

Second: a special evening in the theater named after Giorgio Strehler, the Piccolo Teatro in Milan, the leading stage in Italy and a place that has become a symbol of secular culture. There, for the publication of Father Giussani’s book, Che cos’è l’uomo perché te ne curi? [What is man that Thou art mindful of him?], the great actor Glauco Mauri lent his voice to what Dante called the greatest poetry of all time, the Psalms of Israel, balanced by comments from the book and polyphonic songs.

Third: the mobilization of adults–teachers and parents–in Lombardy and other parts of the country in defense of the freedom of education and the first significant regional legislation aimed at its promotion, in the face of an anachronistic state monopoly on education that degrades Italy to the level of an underdeveloped country.

Charity, culture, and social action. A Christian people is visible when it is made up of persons who conceive their belonging not as something abstract, but as a living and integral part of their existence in all its dimensions.
History is rich in signs and impressive testimony of what the Christian people has accomplished in every field, ministering to the needs not only of individuals but of all of society, and opposing barbarity of every sort, building the highest bulwarks in defense of what is human (in the areas of law, culture, and science).
There is nothing more sterile–and thus more readily tolerated by those who sustain the power of the status quo–than an experience of faith reduced to an individual feeling and a private phenomenon that is irrelevant and useless to the world. This is exactly the opposite of the “Christian claim” to be an answer for man.

“Christianity is not a doctrine, it is not a theory of what has happened and will happen to the human soul, but rather the description of a real event in man’s life” (Wittgenstein). History has not been the same since Christianity presented itself as a real event that gives life to a new protagonist on the world stage, and thus to a new people. Borne and witnessed by a human company, that event is the resource that, even within every experience of possible limitations, sets our hope in action once more, as a contribution to the hope of all.