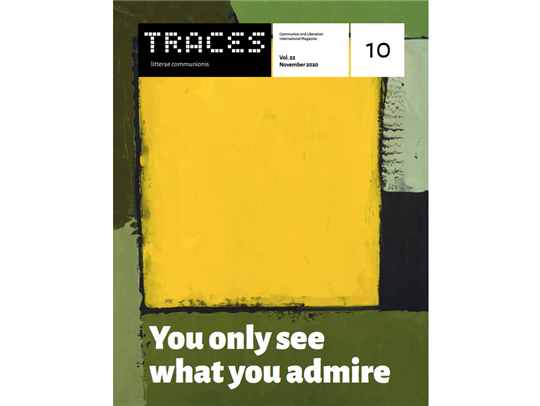 He described today’s world in six words. But he did it 150 years ago, when certain self-evident principles still held up and uncertainty had not seeped into the root of everything. Even so, Friedrich Nietzsche’s line captures today’s dramatic situation: “There are no facts, only interpretations.” His was the perfect prophecy of the era in which we find ourselves, “tossed about by a thousand interpretations,” as Julián Carrón said at the Beginning Day (the kick-off for the work proposed by the movement of CL for the new academic year), “unable to distinguish which of them sincerely grasps the facts.” Nothing has the power to lift us out of a fog that is making everything confused and uncertain. “No fact ‘grabs’ us to the point that we emerge from the equivalence of interpretations. They all seem equal,” Carrón said, adding a question that was crucial because it was not rhetorical: “Is there something that can challenge Nietzsche’s assertion?” It all comes down to this: facts and how we look at them, or better, to what enables us to see them, to grasp their importance; facts that dissipate the fog and open up clear vistas do happen, many of them. You will find some of them recounted in these pages. They are not always striking or sensational: most often they are small (“the Lord works even through whispers,” said Fr. Giussani). But they are meaningful; that is, literally able to indicate meaning, to open up new horizons. You just have to look at them, and in that “just” the whole game is played out because it says everything about our willingness to let ourselves be won over.

At the Beginning Day we watched a video interview that recounted the very powerful journey of Mikel Azurmendi, the Basque intellectual who, struck by an encounter with some CL members, pursued involvement with that “unusually special tribe” in order to study it thoroughly and understand its nature, and was won over by its origin: Christ. Carrón wanted to “share it with everyone” because “it documents how in these times of spreading nihilism, a person can recognize an experience that is different when it happens. A person can see a difference, something that is not nihilism, and can be amazed to see this nihilism defeated simply by following the initial evidence of that difference, no matter how tenuous. That little crack is enough to make the dam give way.”

So, in this issue we have taken up the same theme, seeking out evidence of unforeseen facts in the lives of each of us, and talking about a heart that is open to accepting them and a journey of knowledge prompting us to “broaden our horizons,” as the pope has asked of us in his most recent encyclical (featured in an article contained in this issue). When these things happen, they lift us up out of the fog, and the beautiful thing is that they happen.