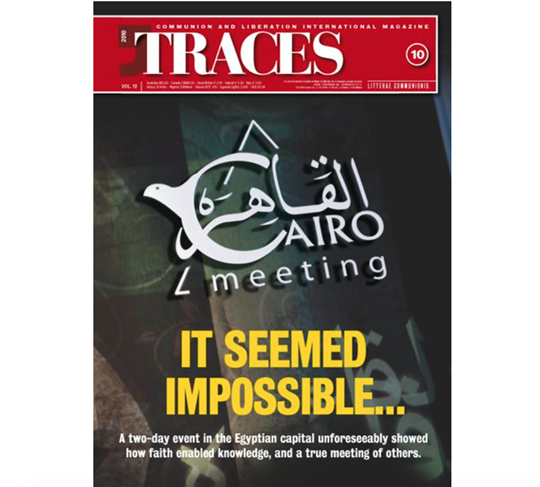 Take a look, and say if it isn’t a good sign. You come away surprised from an evening, a meeting with a few friends, or a more impressive event, and find yourself taken up, almost dominated, by an unexpected question that you can’t answer lightly: What happened? Not “who was right?”, or, “who said the cleverest thing?”or other empty phrases that often end up reducing life to a talk show–reality reduced to opinions. In these instances, something simpler strikes you, something able to dig deep into the heart, as it did in the hearts of the first disciples before those inexplicable but undeniable facts. Those facts had really happened, they had them before their eyes; those facts forced them to ask themselves what happened.
When we ask this, it is a good sign, because it respects the nature of reason, which is first and foremost openness and wonder–that is to say, entreaty–before the facts. This is man’s nature: from the beginning, he is open and reaching out in his desire to know. It is a good sign for another reason, too. That question respects the essence of Christianity itself. In a way, it is the only way to approach Christianity–which is itself a fact, something that happens. If we follow this thread honestly, before unforeseeable and unexplainable happenings, adding up all the human factors of which they are made, the question leads us unmistakably to the Mystery, to God at work–the only factor that can explain that something more which is present in what happened.

So, this is precisely the question that comes from Cairo, where, a short time ago, another Meeting, child of the Rimini Meeting, was held. For two days, there were assemblies and exhibitions, a demonstration of earthly beauty as the basis for a dialogue, in an Islamic country. It was organized by Muslims, people who live their tradition deeply, but who were struck by a friendship with those who live Christianity deeply, making it flesh and blood–that is, culture. Merely thinking of it a few weeks ago you would have said it was impossible. Instead, it happened, and it was impressive–so impressive that it actually did seem inexplicable, even with all the goodwill and capacities of those who took part. It was so impressive as to make many people–or rather, everyone–ask: “What happened? Who made it possible?”

You just have to keep this question open, before the spectacle of people who take their desire for truth and happiness seriously, and meet others with the same desire. Use it as a magnifying glass to focus on the following pages, and the others that will follow, and are already on the way, because, amongst the unmistakeable traces of the Mystery, there is another, impossible to man: what He gives life to, lasts. It happens–perhaps in unexpected ways (or, rather, almost always in unexpected ways), but it happens. “Christian faith, my friends, starts off from facts and so we can give reason for facts, not a generic ‘Let’s hope!’,” said Julián Carrón some time ago. “Faith starts off from a fact that generates a hope, and this hope is full of reasons because of the Fact that has happened.” A fact. You just have to follow it, where and how it happens–even in Cairo.