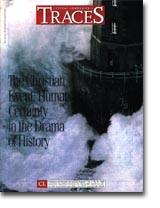 The Jubilee of youth, of the elderly, university students, artists, sports figures, the sick, politicians…
Many have grimaced at the series of great gatherings around the Pope to celebrate the second millennium since the birth of Christ. Some have made banal and perfidious comparisons with Fascist rallies of the past, others have presented them as calls to unite in the name of a generic ideal of ethical values.

In these same months, authoritative magazines and the leading daily newspapers have published articles and interviews with exponents of the secular world who want to compare their ideas with the positions of the Church, at times harshly refuting documents issued by the hierarchy, but in any case always sure to manifest their high esteem for these positions. It has reached the point that more than one figure in secular circles has shown signs of impatience at this obsequiousness and esteem for the positions of an organization, the Catholic Church, which a couple of centuries ago was already pronounced dead and buried–or if alive, certainly not hale and hearty.
Instead, it appears that the Church has in fact found herself once again appealing to the intelligentsia.

But this appeal seems to vanish as soon as the Church shows herself to be not only a component in the cultural debate or an interesting interlocutor for discussions about “ultimate systems.” When she assumes the physiognomy of a people sui generis, unique and present in history–which acts and teaches in the manner of Jesus of Nazareth–she becomes strange, somewhat intolerable or incomprehensible.
The millions of pilgrims arriving in Rome, each one with his own history and each one happy to belong to the history of the greatest Event that endures in time, are hard to digest for those who would like to reduce faith to a vague feeling or an exercise in the intellectual debate.

Whoever conceives of a Church on paper and not a Church of people wants Christians to limit themselves to nice exercises or vainglorious dissertations. Instead, in Rome and wherever the Christian people (or its faintest glimmer living in the conscience of the baptized individual) engraves its presence on history, this arouses at once (and again) scandal and wonder. It is the scandal of the Pharisees who saw Jesus mixing with people of every sort; the wonder of the man in Manzoni’s Unnamed Man who, observing the townspeople going happily to their meeting with the Cardinal, initiates his own conversion by asking himself, “What is there to be happy about in this accursed town?”