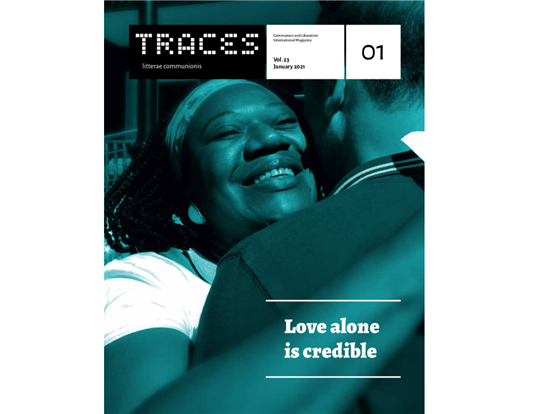 “Hope is a certainty about the future based on a present reality.” Today, can anyone say something so solid without being considered naive or shameless? Read one by one, these words of Fr. Giussani’s are a ray of light in a dense fog. They greet us at the beginning of a year that already seems exhausted, loaded down with uncertainties: every natural catalyst for living has been dulled, crushed by the second wave, threatened by the third. Some have lost loved ones without even being able to say good-bye, some have lost their jobs, and even those for whom things seem to be going well sense that this is not enough. Meanwhile, in some countries, the pandemic is not even the most difficult of their trials.

After a 2020 characterized as “the year of desperate fear,” we are driven to search for people in whom this fear has been overcome. When everything seems subject to interpretation, their experience stands out, freeing us from the millstone of insecurity. It is important to look at people in whom desire has been rekindled, those for whom “hope” is not a word only about the future, but also the present.
In this issue, you will find stories about people who look to the future with a certainty that nothing ends up in nothingness, a certainty based not on their own strength, but on an encounter they have had, from Erik Varden, a recently consecrated bishop in Norway to Mireille Yoga (in the cover photo) and her street kids in Cameroon to a friend in Taipei for whom even sickness is a call. Finally, we offer a dialogue between the psychoanalyst Massimo Recalcati and Julián Carrón on the “places” that reawaken the “I,” places in which things are not just said, but also happen.

A new beginning is possible because of an impact with ordinary people who are in fact extraordinary, with that “Christian grain of wheat” that falls to the earth, in the words of the great theologian Hans Urs von Balthasar taken from the passage from which the cover title is drawn:“Because for the world, love alone is credible.”
Nothing challenges our freedom like a person in whom we see the realization of what we desire.