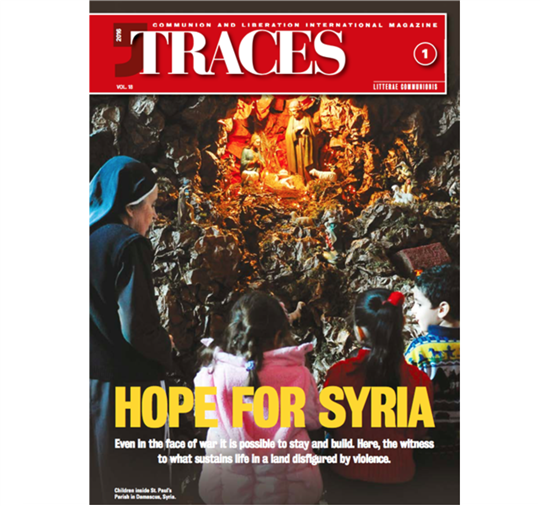 Dear Editor: It’s becoming more and more common for people to be amazed by simple, human gestures that we hardly pay attention to anymore, since to us they are so automatic and habitual. At a hospitality center for refugees, a volunteer calls a Pakistani refugee by name, and when asked what kind of pasta he’d like and if he wants and meat or fish, the man is moved to the point of tears. A girl sends a text to ask a Bulgarian man she recently met, “How are you?” and he’s amazed that someone he hardly knows cares how he’s doing. I could go on forever with stories like this. They may be simple actions like those described above, or more heroic ones, like the Germans and Austrians who rushed to welcome refugees arriving at the border, or the many people working on the Italian coast to help those arriving by boat each day. It seems like nothing compared to the enormity of the problem, but the effect of these actions is as earth-shattering to the recipients as it is insignificant and taken for granted in the eyes of we who see them happen. Is a simple act of politeness enough to explain their surprise? Looking at a refugee this way, or reaching out to a stranger as described, requires something that has almost disappeared from our consciousness. Continuing to cry, the refugee spoke about the years he spent in another part of the world, where his employer never called him by name and all that eased his hunger was a bowl of rice.And now someone is calling him by name and even asking him what he’d like to eat.

For far too long,we’ve lost the awareness of the origin of this gaze on humanity, and this so often can lead to us being unfamiliar with the actions inspired by it. We need the other who, through his expression of wonder, gives us back the awareness of our history and what we bring to world. What generated this way of looking at others, of relating to them with dignity that awakens such amazement? It’s certainly not because we are “better” than others.We simply belong to a history that began with the ancient people of Israel; a history that generated us,helping us to perceive the breadth of God’s compassion for us, far beyond our own capacities, as the prophet Isaiah proclaims. “Raise a glad cry, you barren one who did not bear,break forth in jubilant song, you who were not in labor.”A God who, despite all of our mistakes, tirelessly repeats, “The shame of your youth you shall forget,the reproach of your widowhood no longer remember.”Who doesn’t want to be looked at this way? “For a brief moment I abandoned you, but with great tenderness I will take you back. In an outburst of wrath, for a moment I hid my face from you; but with enduring love I take pity on you” (Isaiah 54:1,4,7-8). This love and passion is for your life, not for the life humanity in general, but for yours. These words are said for my life, as Pope Francis reminds us:“For you,for each of you, and for me.It is a love which is powerful and real.It is a love which heals, forgives,raises up and shows concern” (July 10, 2015).

Our one possibility of not living in fear, of not being defined by our shame or our barrenness can only be grounded in our growing awareness that, “Though the mountains leave their place and the hills be shaken, My love shall never leave you nor my covenant of peace be shaken, says the Lord, who has mercy on you” (Is 54,10). Do we realize that what’s behind these apparently simple actions is this history of God’s preference for us? It was this preference, experienced in being freed from Egypt, that allowed the people of Israel to treat foreigners in a way that was so unusual for that time period. “So you too must befriend the alien, for you were once aliens yourselves in the land of Egypt” (Dt 10:19). The culmination of that preference was when the Word became flesh; He came to dwell among us and now, through the Church, generates men and women who look at others dominated by concern for their destiny. Without the awareness of this gaze and its predilection for me and for you, there is no Christmas! We would be left with an empty ritual, like the many things we do that bring us no joy.

Christmas would no longer be this origin happening again, this event that started the great history of true humanity, which we are a part of, happening anew. Instead, it would be the tired repetition of a tradition incapable of moving our hearts or generating these human gestures that make such an impression on others. And so we are full of gratitude for the Pope, who understood our great need. The Year of Mercy is that gaze happening again today, that love that comes to meet us wherever we are, just as we are. It happens through unfamiliar faces who, in their rejoicing, just like John the Baptist in Elizabeth’s womb, give us back our life and invite us to recognize God’s design–what “seems like nothing” but is God’s design–which for two thousand years has reached us through a face: “God–the mystery, destiny made man– makes Himself present right now to you and to me, to all those who are called to see and recognize Him through a face: a new human face we run into” (Fr. Giussani). A face that leads us to ask with a disarming simplicity, “What’s your name? How are you?” and moves others to tears. Recognizing the way that God calls us–through the most unfamiliar faces– is the only way not to make God’s plan of mercy for us in vain, and the only way to continue to give witness to that gaze that truly frees us, in any situation.