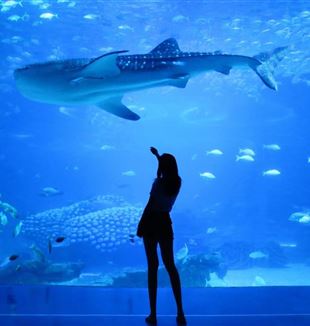 Constança, Chicca and Eleonor are three Portuguese friends of the CLU. When the pandemic forced the country into a long lockdown, "Julián Carrón's letter began to keep us company. Provoked by these difficult times and the lack of getting together, we proposed to our friends to live the quarantine following this story that has seized us,” says Constança Duerte, a Literature student in Lisbon: “We thought about organizing meetings via Zoom, on Friday nights, where we could propose music, poems, films to watch during the week and then to judge together the following week.”

They chose a title for their series of meetings, "What does this have to do with the stars?", and as a guideline: to compare everything with the letter, because "there are so many proposals in the world, but if we are really children of the movement, we want to live a comparison with this path.” Because today "you can find a lot of information around, even very good and interesting things, but you can lose everything if you do not practice a judgement." 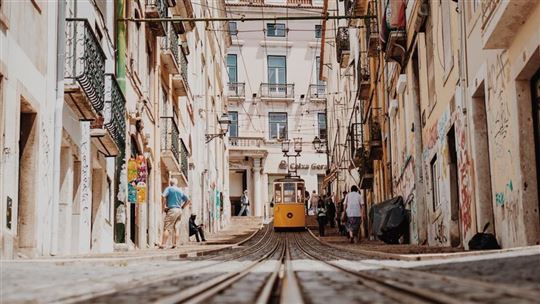 The girls are tough and passionate, and from week to week, the group grew from seven participants to twenty, then thirty, then fifty. For twelve weeks, faithfully, dozens of young people got involved, proposing material to watch or listen to, with only one phrase in mind: "Living reality intensely". And thus they did. "It is moving, because those Fridays were full of dialogues that always began from everyone's personal experience, there was never anything abstract," the student says today. Little by little, word spread and other students asked to participate. Carrón’s letter was proposed to everyone with simplicity: "No one backed out, even the new participants threw themselves into it and, starting from this reading, have always come up with useful and new proposals."

Some young workers also snuck into the group, fascinated by their friends’ stories. "Surprised by what they encountered there, they realized that this novelty was missing from their Fraternity group, and from there a whole series of questions arose and the reawakening of a journey," says Sofia Gouveia, head of the movement in Portugal. The meetings continue, full of ideas and discussion, the faces on Zoom became happier and happier. Among the many poems read, three particularly spoke to these young university students.

The first two were by Wendy Cope, entitled Being Boring and The Orange. In the first poem, the author writes: "Someone to stay at home with was all my desire (...), I aspire to go on and on become boring." "It is extraordinary, because when Cope uses the word 'boring' she does not mean 'boring', but she means the discovery of something new within the normal, in the real," Constança urges: "The Orange also recounts a seemingly simple scene, a girl peeling and eating an orange with friends. But all of a sudden she feels such a great joy that she feels grateful to exist. That girl senses that there is a possibility of gratitude within normal life, because she has found a great love that makes her look at everything like that. This interests us, because it allows us to understand that we can be happy even in lockdown.”

The third poem, by Brazilian writer Alice de Sant'Anna, is entitled Um enorme rabo de baleia (An enormous tail of the whale). It describes two people alone in a room. They have no topic of conversation, nothing to talk about. At one point, one of them says that she would like an enormous whale to break into the room so she can grab onto its tail and leave.

"That last poem struck me right in the heart, so I talked about it with my teacher. I perceive that these words describe this “apparent nothingness” well – the quarantine - but at the same time speak of the immense desire for novelty that we all have. The whale is a giant animal, which has nothing to do with a room. In the same way, what I have is never enough for me: I always need something or someone different and big to come and wake me up from my torpor."

Work on these poems became so intense that Maddalena, who was enrolled in a Master’s poetry seminar, offered the dialogues she has had with her friends during the Friday Zooms as the final outcome of the Master’s course. The professor, after having given her a good grade, suggested that she also do her master’s thesis on those dialogues. And she proposes as a title: "The grace of little things." That is the right word, grace. But not only as the protagonist of those evenings, because every single meeting, as described by the young people who have participated in them, infecting others along the way, was a gift.