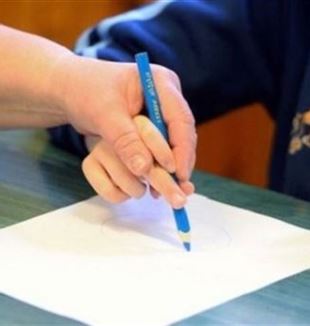 "Many say that I’ve done something exceptional, but I've just done my job. Some say that she recounts extraordinary events: "If they are, it's only because the Mystery manifested Himself with my yes. So that everyone may see Him…” Rita Forte is a mother and an Art teacher. She has been a support teacher at a middle school in Casarano, in the province of Lecce, for twelve years. “This vocation was born from Fr. Giussani’s invitation, in 1999, to a group of graduates, to evaluate teaching as a possibility for their future." There was a competitive exam, but "I had little time to study because my first child was little and I was pregnant with my second child". Yet Rita go the highest mark in the first written test. "Everything that happened afterwards was not due to my particular abilities or capacities, but was born from faith, it was the fruit of the education and the passionate gaze towards man that I found within the movement and within the Church”.

Three years ago, for the first time, she happened to be at the top of the school’s internal rankings. "Finally", I thought. I always told myself that I would be assigned the most complicated case. Now, instead, I was able to choose”. 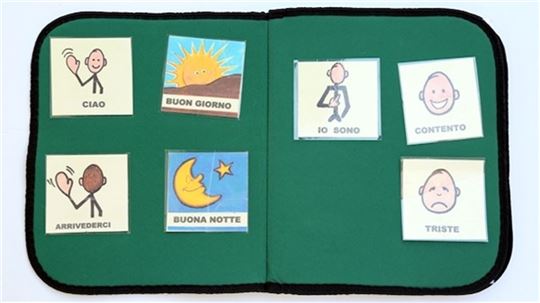 Without any issues, the headmistress finally assigned me the "easy case". But, three days before the beginning of the new school year, Rita was called back to talk to the headmistress: there was a much more complicated case and "you have to take it on". "It wasn't easy to accept," says Rita. It involved a boy who was suffering from one of the most complicated handicaps known to-date. In fact, he was followed by an international team of doctors. She was shaken. And had many questions. But there was a "but": "Faced with that situation, Carrón's words, from that year’s Fraternity Exercises, pounded in my head: "We need to look at reality as it is, as it is given"".

The first day of school arrived. Rita welcomed the boy. Those words from the Exercises were constantly on her mind. "It was enough just to look at him in the eyes and everything changed.” The following months became a continuous discovery. Marco is not defined by his physical handicap or his learning difficulties: he has an impressive vitality, he is energetic, pulsating with life, joyful.

"I started to study, to look for information about his illness, to find a way to communicate". Rita has always had such attention, even towards the first cases she followed. But this time every road, every solution, seemed too difficult or too technological, since even the alphabet was problematic for Marco. "I kept saying to myself: "Reality, you have to look at reality"".

She tried to work with him, teaching him the names of things through photos, images, objects, experiences. "I had also found a centre in Milan that had a branch in Lecce, where they work on projects and courses for young people with communication difficulties. I found myself speaking a new language".

Small miracles began to happen. The first was the speed with which the school responded to requests for special teaching materials. But not only that. "A teacher donated his bonus in order to buy special software for alphabetical communication. Reality was answering to me...".

One day, with a group of boys, Rita was working on a mural inside the institute. A colleague approached her: "How do you do it? I sense that you have someone behind you, and I'm not just talking about your family. Show me, I want to see".

Another fact. Whilst Marco was in hospital, the team of doctors said to his parents that they didn’t understand how, in a school, – in the South, by the way- people were able to face such difficulties. “Soon after, I was invited to Bari, to a regional conference, to talk about what I was doing in the school”.

Three years of constant amazement, says Rita. Even in the most difficult moments, which did not lack. "For example, when you think you’ve failed because a method, an idea to allow him to work with the alphabet doesn’t bear the fruit you hoped for...". But reality does not betray you: "One day, at the beginning of this year, Marco pointed to himself with his finger: he wanted me to tell him his name and to write it down. Then, the brand of his shirt, his classmates’ name... From that moment, everything began to grow. In his silence, Marco had sensed that he had a name, that all reality had a name". Gradually, the whole school began to get used to meeting Rita and Marco in the corridor, while they read all the signs and placards hanging on the walls.

Marco, unexpectedly, began to try to repeat what Rita told him, moving his lips. "This piece of news created such an uproar that I felt inadequate. I wanted to cry out, “Jesus, it was Jesus!”” After all, says Rita, she had done nothing else but stand in front of what was happening: “I only did my job”.

Then it was time for the State exam, that is taken at the end of the eighth grade. Normally, children with severe disabilities are exempted. But Marco, with some special tools, tried anyway. "That day, it seemed as though a king were taking the exam. Everyone was there: his classmates, many parents, many colleagues".

After the exam, Rita was asked to write an article about what had happened, to be published on the school's website and in a newspaper: "An article? I don’t know how to write an article”, she thinks. "My daughter helped me, who “by chance” was at home from university for a few days”.

Then she sent it to the headmistress, for approval: "I sent her the text, proposing a rather trivial title, which incorporated the name of the methods used: "The CAA at the Pole2". She sent the article back to me and had changed the title. "In the class of humanity"". Rita didn't like it, but the other teachers also agreed: "I was reminded of when Carrón said that "others see in us what we don't see"...". Rita began from this point. "At the end of the school year, it’s customary for the teachers to reward students for excellence in mathematics and Italian. I put forward an idea, to the headmistress. I proposed that a further recognition be added, “merit for inclusion”, to be rewarded to Marco’s class. In recent years, they had always supported him. It’s a class, like any other, of young people. But, alongside us teachers, they have learnt, step by step, to love Marco, to help him, to welcome him. They even “fought” over who would sit next to him.” They discovered that he could be more of a treasure for them, than they were for him.

READ ALSO - With your heart at work/3: Dr Janjão's "balm”

On 29 June, the school, comprised of 150 teachers, rewarded students for excellence in mathematics, Italian and sport. Then came Marco's class. "The reasoning behind the award was read out, as well as the thoughts of some of Marco’s classmates, that they had written to say bye to Marco before they all embark on their new adventure in high school”. The whole school stood up and applauded the boys. “I had never seen anything like this, in my last twelve years at the school. Everyone was “touched, moved”, as Fr. Giussani says in The Religious Sense, “because of that need for humanity that belongs to everyone and that everyone seeks”.