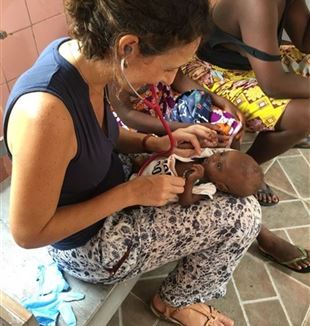 I believe that there are things, desires, that the Lord puts in each of our hearts and, little by little, He makes them grow, He makes them great, if one leaves room for them. This is what happened to me with the theme of mission. Since I was a child, I have had the desire to do something useful for the world. The stories of missionaries who went and gave their lives in other countries, those that needed it most, attracted my attention. This largely influenced my decision to study medicine. Then life tends to take you elsewhere and, almost without realizing it, you fall into the frameworks that are closest to you, you begin to worry about problems of places, of job stability, of formation and the initial idea of giving your life, of the “large horizon”, seems more and more distant and remains in the background. For a long time, my only merit was that I did not stop looking for those people with whom my desire remained alive, and I said yes in both my work and in my daily life, looking for everything there, aware that I was called to be there and to give everything. It was like a long wait, and I even became a quite serene.


In 2013, I was given the gift of an opportunity to go to the mission of the Cottolengo of Buenaventura in Colombia (the Cottolengo is a a religious charity organization), where they take care of girls and women with serious disabilities. I had been doing charitable work at the Cottolengo for some time, first in Barcelona and then in Madrid, and I had already taken on the role of neurologist in their house. Sister Mercedes told me, "You would enjoy it very much, and there isn’t a doctor there”. How could I say no to such a proposal? It was as if I had been preparing myself for this all my life. I went to Colombia two consecutive years, for two weeks, taking advantage of my holidays, and went back some years later. 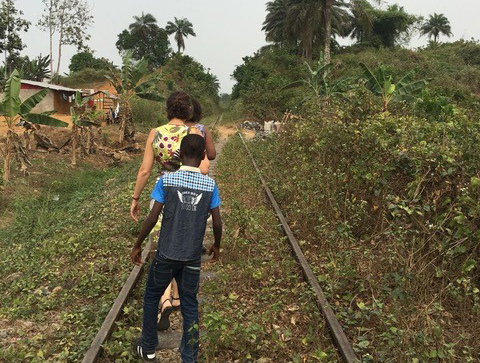 After the beginning of this story in Colombia, came the Ebola epidemic in Liberia. The health situation there was terrible and some missions were suffering from it first-hand. Other friends and I got to know about it through a family, with strong ties in the country, that we met at a dinner where they told us about their experience. I had just come back from Colombia. I had witnessed the good that can be done in a house that cared for the disabled in a very, very poor place, and I could not remain indifferent to what they were telling us. All of my desire to put myself at the disposal of the missions, in the places that needed it most, was awoken enormously. We began by taking care of our friendship with them and, a few months later, we were encouraged to go to Liberia to understand the situation better and to see what response we could give. We began by trying to understand the situation, the most urgent problems, to establish relationships with those who could help and, above all, we began to let ourselves be captivated by the beauty and novelty of the missions there. In a world like that- devastated by poverty, lacking a social structure, etc. - the presence of the missions is like an oasis in the middle of the desert. When we are there, they are like our family.

Before going any further, I have to clarify who "we" are. Ever since my first trip, I have never been alone in this. There was always someone who said "I'm going with you", and it's been a wonderful companionship. Some are from Communion and Liberation, others are from my work, generally health professionals. Since our first trip, we have begun to organize ourselves in order to travel periodically to Monrovia, with the idea of bringing professionals and medical aid to the missions, or through the missions - mainly the Missionaries of Charity, the Mission of the Cenacle, the Sisters Hospitallers – trying, above all, to support their presence and their local work. We have now set up an association whose main function is to put us at the service of these missions, in the places where they are present (www.eoco.es). 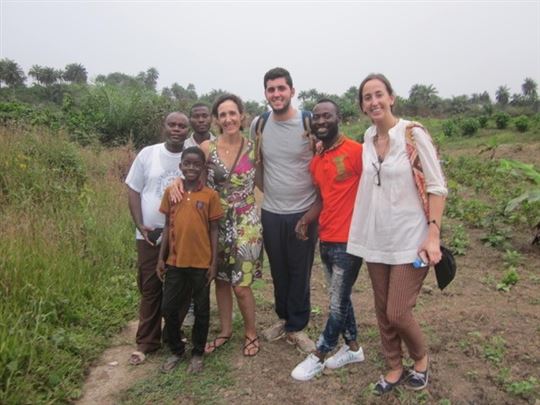 In all that I’ve been living in these years, I’m understanding that the Lord has a good project in mind and wants to build something great with each of our lives. At any moment, he calls each of us “in line”, even if you think you’re not prepared and perceive yourself as full of defects. One can even try to wait in order to correct all of these limits, before making decisions (which is not always possible). But the important thing is to understand that the Lord loves you and builds despite one’s clumsiness, and to trust his mercy and providence, not only one’s own ability. I think that, in life, it’s as though we are always preparing ourselves for the starting line, when, in reality, all we have to do is set out confident in the promise of what we have found. When I am in this position, I live much more happily and life is again filled with hope and inspiration.

I also perceive that I understand that the mission of the Church, particularly in the poorest countries, is not only for priests or nuns, but it’s also for lay people. In fact, I believe that lay people, from a professional point of view, can contribute a lot. For example, we offer the possibility of social construction that is so necessary in some countries. This summer, after seeing the school of Sant Pedor in Catalonia, I couldn't stop thinking about the Liberian children. Oh, how I would like them to have a similar school! And from the point of view of sanitation, it’s unquestionable that being able to be doctors and nurses, caring from a Christian charitable perspective, has an impressive value. 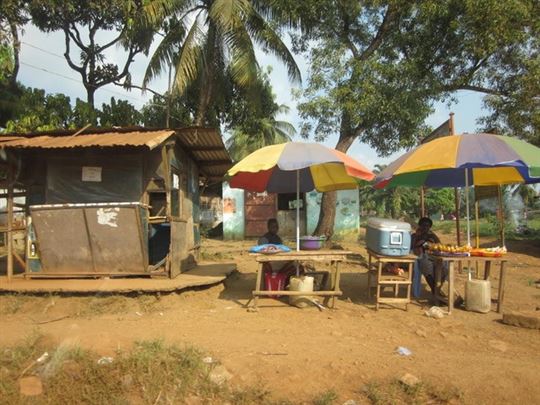 One of the places that we visit most often, when we are in Liberia, is the house of the Missionaries of Charity. There, they care for those who are most seriously ill and have the least resources. The sisters immediately allowed us to share in their lives of service to those most in need. They have a room where we take care of babies with their mothers, and a room for very sick women. There, a few months ago, we met a girl, Jebeth, 24 years old, who had hepatitis. In the few days we were looking after her, we took her for an ultrasound scan and then on a tremendous adventure to get her medication. When we got it and brought it to her, the nun said to her: “Jebeth, do you see how much God loves you?”, and she was very happy. We understood that we had been the concrete channel of God's love for her. Two days later, she died suddenly and we couldn't even say goodbye. We arrived at the house and we saw her body being carried out in a very poor box made of planks of wood... You ask yourself: what is the value of everything we have done for her? And you understand better that the value of what we do is a love in the present. Every day that we were there, that we took care of her, that we loved her, had a value in itself, that she was able to recognise, with clarity, in her last moments.

After these trips, when I return to Madrid and to my hospital, it’s not easy to re-adapt to my "normal life", because you cannot forget everything you have seen, the difficulties of access to medication that they have, including children, the problems of schooling, the precariousness of their homes, etc ... And it hurts you to see the amount of things with which we live and the great dissatisfaction that exists in our society. And loneliness.

I perceive that the first need we all have, both here and there, is the need to be embraced and loved. The other day, in the clinic, doing a routine test, a patient told me that what had surprised her most about the test was the way I had done it, "the tenderness". She hadn’t been treated this way for a long time. And you realize that, whilst I was doing the test, another factor was present, it was not just me. Doing things out of love, with love. To be in the present, to give yourself in the present. This is what I want: in Liberia, in Colombia, in Madrid, wherever I am called. I know that it’s not possible if it’s not for Christ, for His initiative in my life, for His presence that happens again and again.
#Mission