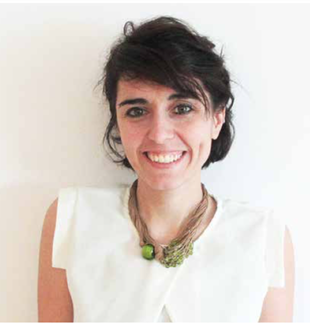 Fiorenza Matteoni is a 36-year-old architect from Riccione, Italy. How she ended up working in Muscat, the capital of Oman, the peaceful sultanate at the southeastern tip of the Arabian Peninsula, is an incredible story. Even more incredible is the struggles, encounters, and discoveries she recounts from her life over the last three years. Above all, she describes the surprise, in what seems from afar to be a desert, of seeing her faith grow through the stuff of life, in her experience.

After spending a year working in Bahrain, Fiorenza met and had the opportunity to have dinner with Bishop Camillo Ballin, the apostolic vicar of northern Arabia (which includes Kuwait, Qatar, and Saudi Arabia). She was fascinated. “I saw a man in love with the church in a situation that was difficult and somewhat claustrophobic at times in terms of the repression of freedom, but even that was not an obstacle to saying ‘You’ to Christ.” At the end of the dinner, she was left with a strange desire to go back to the region, to relive that experience of fullness.

In the days following the dinner, the relics of St. Therese of Lisieux were brought to Rimini. On September 4th, Mother Teresa of Calcutta was canonized in Rome. She entrusted her desire to these two saints. On September 5th, she received a text from a friend who knew of an engineering firm looking for someone like her. The location: Oman. “I felt looked at and preferred in a special way concerning a desire I had not confided to anyone, that I had merely placed in God’s hands.”

Muscat is a patchwork of white houses overlooking the deep blue of the Indian Ocean. Behind it curves a crescent of barren mountains that blaze red and orange in the warm light of sunset. The sultanate, which is considered a peaceful haven in the turbulent Persian Gulf, was founded in 1970 by Qaboos bin Said al Said, who over the years has won the title of an enlightened monarch capable of tempering the absolute power typical of Arab dynasties with social and political reform. The majority of Omanis belong to a school of Islam called Ibadism, which distances itself from violence and is open to dialogue. The country, in contrast to nearby Saudi Arabia, the United Arab Emirates, and Qatar, has cautiously started down the road to modernization; its traditional culture coexists in close quarters with a capitalism imported from the West. There has been a great influx of immigrants from India and the Philippines, though in lower numbers than in nearby countries, and there are around 55,000 Catholics, approximately 2 percent of the population. Fiorenza came to the country not knowing anyone. A member of Memores Domini, she has referred to the house in Doha, Qatar, a two-hour flight from her, since January. “The question that accompanied me as I came to Oman was, ‘Who will keep me company in a place like this?’” She relates how, as she was leaving, she had a presentiment of an answer that came from all her previous experience in the Movement. “In these three years, I have thought a lot about a comment by a 92-year-old Indian friend I met in Bahrain. I asked her if she was happier in India or in the Arab world. She said, ‘I do well wherever God puts me.’ I began to understand that the first companionship is really God’s companionship; He causes me to exist in this instant and He wants me where I am.” What does that mean? Fiorenza puts it this way: “The first companionship is realizing that the reality in which I live is made up of unique persons, all marked by a great desire in their hearts. Recognizing that has allowed me to find friendships with them.” 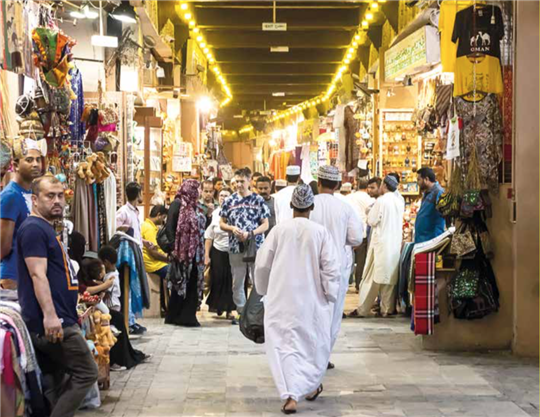 In her office in Muscat, where Westerners work alongside Omani-born employees, men and women usually eat lunch in separate places. “We call it the ladies’ club, even though recently we have opened it up to men as well. Lunch has been a time of interesting conversations,” like that with a young Omani colleague who, her face framed by the headscarf of a Muslim woman, told us about a fight she had with her father, who did not want her to learn to play guitar: “It is not feminine. And remember, you depend on me and on our tribe.” His daughter looked him in the eye and replied, “No, I depend on myself and on God.”

Fiorenza related another example of an exchange with a female colleague: “Fiorenza, I bought a bicycle and I would like to use it to get around, but my friends tell me it’s something that a girl should not do.” Fiorenza’s reply? “I think you should use it: God is the one who gives you desires; they are not just random.” After a few days her colleague came to her, excited: “I took a bike ride along the road overlooking the sea. It was amazing.” Fiorenza explains, “I feel a friendship with these people who choose to follow their desires, even when it challenges the assumptions imposed by their society.” These encounters with the hearts of people can also come within moments of conflict, like the time Fiorenza argued with an official at the Muscat airport, which ended with him saying he would do all he could to have her thrown out of the country. Her colleagues, at first, tried to make her see reason, “You can’t act that way; you have to say you are sorry.” “Me? He should say he is sorry.”

That evening she left the office feeling sad and went to her parish for Mass. It was the Solemnity of the Holy Trinity. The priest said, “Now you expect me to explain the mystery of the Trinity, but I will not, because I do not understand anything either... Certain things have to be accepted because they come from God. It is not worth arguing about who is right. You can only accept and embrace, as a husband and wife do.” Fiorenza thought of the official and was filled with a strange peace: “Who knows what the mystery is doing with this man, if He has changed me so much through him.”

The next day she went back to the airport to see the official. She saw him from a distance and he gestured mafi mushkila, which means “no problem.” She walked over to him with a package of Baci Perugina chocolates. His cheeks reddened. “We Omanis cannot live with a stain on our hearts.” Fiorenza noted to herself that “this is the same thing I thought, but in another way.” On her documents, her name is listed “Maria Fiorenza,” and the official started to call her by name. “Maria, do this,” “Maria, sign here.” “I thought of when the risen Jesus called Mary Magdalen: it was incredible, because even in that strange predicament, I was able to recognize in him the face of the mystery calling me.” That evening she told a friend about that thought, and he replied, “You see? You grasp the meaning of the things that happen to you as they happen. That is how you gain experience.” Fiorenza thought, “Of course, that is the grace I learn from the Movement.”

In her years in Muscat, Fiorenza has had her highs and lows. There was one time, in particular, after a few friends had gone back to their home countries and other difficulties had emerged, that she began to feel the wound of solitude once again. The question, “Who will keep me company?” welled up again inside her with all its drama. But the question became a dialogue: one day, as she drove home, she thought, “If Jesus could give me an entire legion of friends and right now is not doing so, it means that the best thing for me right now is this primordial relationship with Him in the things of daily life and through friends who are far away.”

Fiorenza uses an image to explain what happened next: “The companionship is like a man who leaves a glove or a hat lying around the house. You recognize he is present because of those signs.” She explains that recognizing Him is even easier when she sees her friends from the Memores house in Doha. “When I am with them, the thing that strikes me the most is praying together. In Muscat, in the morning, I read Morning Prayer by myself. In Doha, we sing it. That is the leap you make with the companionship. Friendship is precisely this saying ‘You,’ together, which elevates your personal response.” Every time she has to say goodbye to them at the airport, she says she feels like crying. And she cries. “Why is it so hard for me to leave those friends? What have I seen that makes me say I do not want to go away from them? And I answer: it is a certain openness, a certain discrete way of loving the other, an availability toward people they have just met. These signs that are so evident that they make me say, ‘It’s really Jesus here.’”

Fiorenza tells the story of a friend who, when he entered the Cascinazza Monastery just outside Milan, wrote to his friends, “We have all that we are lacking.” She explains, “This is the challenge through which the mystery makes himself present: to recognize that He is what we are lacking. A true companionship is one that makes you look at what you have, wherever you are.”

One day at the ladies’ club, a colleague said to her in front of everyone, “I will come to Italy to see you when you get married.” Fiorenza replied, “No, look, I am not getting married.” The colleague said, “No, come one, the odds are good for you.” At first she did not want to get into it, but she changed her mind. Fiorenza told her, “I am not getting married because I am consecrated to the Lord; I do everything I do for Him, including my work.” She tried to explain the story of her vocation. A deep silence followed. The first to break the ice was her boss, who said, “Oh, it was obvious.” Fiorenza asked, “How?” “You could tell from who you are.”

Fiorenza was awestruck. It was not the first time she had had such a conversation. She had already told another colleague about her vocation, and the woman responded in the same way. “You did not have to tell me. I could tell.” Fiorenza asked the same question: “How could you tell?” and the colleague said that “those who belong to God have this light in their eyes. And in Islam, Allah forgives the sins even of the parents of these people.” On that occasion, Fiorenza was the one to stop in silence, as if she were looking at a hat left lying around the house, reminding her of the one who left it there.