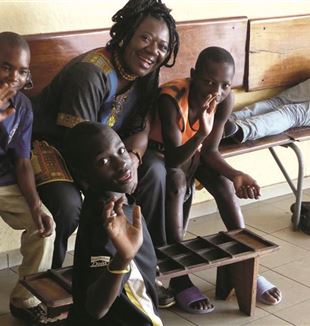 "Who would not want to have friends like this?" Julián Carrón asked at the Beginning Day of CL, having read from Mireille Yoga's letter recounting an experience she and her husband had had. "Associate with people who have safeguarded their heart like that of a child," Carrón continued, quoting Pope Francis. "In their humility, there is the seed of a new world."

Mireille and Victorien, who have been married for 18 years, live in Yaoundé, Cameroon. Theirs is a story of love that is stronger than everything. "It made us live against the current," Mireille recounts. They do not have children of their own, and in their culture a sterile woman is a disgrace, if not a curse. She was always aware of people looking at her and talking about her. She asked for a miracle, but it never came. As the years passed, her desire to give Victorien a child became an obsession, until the day he told her, "Don't cry anymore. For me, you are worth more than ten children. I would marry you again right now."

These words, unthinkable for a man in their culture, was the fruit of the experience they were living. Mireille says, "It was the fire that came from Christ" from the encounter they had first had with the Movement of CL a few years before they married. It was a simple encounter - two young members of the parish choir following their curiosity - and a total one, so much so that when Victorien asked her to become his wife, she said, "You should know that this woman is 'made' by faith. This is the reason you want to marry me. Never block me from following the road that has found me, because it is about my life with Jesus." He followed her. "And so we saw our love grow." 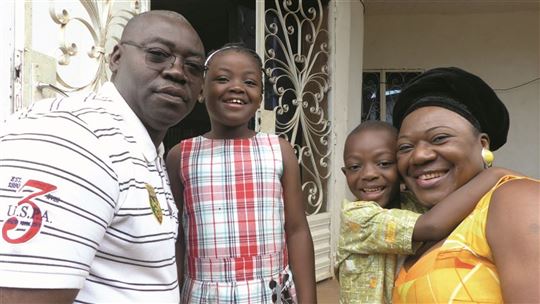 The encounter with a living Christianity was renewed with Mireille's "yes" to Fr. Maurizio Bezzi, a PIME missionary who asked her to work in the Edimar Center, which helps and educates street children. The married couple's lives broadened, and they opened their home to young nanga boko, "those who sleep outside," whose lives alternates between the street and prison, stealing, smoking marijuana, suffering from AIDS or falling prey to evil spirits. At the Center, these children are helped one by one "so that each may be looked upon with the gaze of love they had never received before." Today the couple has two children, four-year-old Jérémie, their foster child, and seven-year-old Andrée, whom they adopted in 2012.

At a certain point, though, the "fire" that had fueled their life as a couple and had made them feel unique dwindled to "embers that risked becoming ashes." Mireille came to this realization through a very simple occurrence. A man fell in love with her. "A person I had known for years invited me to dinner," she remembers. "I was happy to leave the sphere of the home for a bit." She told Victorien that she would be home late and asked him to take care of the children. "That evening was lovely. I was with someone who was solicitous, who hurried to open the car door for me, who noted when my glass was empty, who looked at me even in the smallest details and made me talk about this and that with particular attention. I felt light."

Some time later, the man invited her again. "I accepted, because his company was good for me." But on this occasion, he told her that he had been in love with her for some time. "His declaration made my legs tremble. When I returned home, I was happy that someone desired me, that someone told me things I no longer heard. When was the last time that my husband and I had had such a moment, in which he told me he loved me, or I told him? Too much time had passed."

A deep divide had formed between them without their noticing, as they followed the things they needed to do and ended their days with their cell phones in hand before nodding off to sleep. "When I realized it, I felt as if the earth were missing under my feet," continues Mireille. "We took care of the family and the house. We hosted street kids. We helped each other. But we were detached, distant."

The encounter with that man forced Mireille to take an honest look at her life. She felt like a car with the parts still spinning but the engine disengaged, without forward propulsion. She understood what had happened. "We think we possess things forever. Instead, they are given to us. If we lose the origin, everything becomes arid."

Finding herself this way, impoverished, she realized the nature of the true problem between herself and her husband: "Christ was no longer the point of departure for daily life." It had been quite a while since they had prayed together or "enjoyed things, thanking God for giving them to us." It was "a painful discovery," but she did not resist it. Rather, she was "happy to make this discovery, because the Lord used an encounter like that to restore me to myself. He came to take care of us again."

Shortly afterwards, on their anniversary, she insisted on going out for dinner with her husband. He was uncomfortable with having an evening out together, but accepted, and found himself at table with his head full of thoughts and his wife looking him in the eyes, patient, waiting for him. "I wanted to encounter him," she says. She told him what had happened to her and they opened up to each other, welcoming each other. "You're right," Victorien told her. "Our love has grown like a tree, where the birds come to rest in its branches, and people find shade. But if we stop feeding the fire, we will dry out."

At that moment, Mireille's heart filled with gratitude. "The Lord gave us back the intensity of our life as a couple. We prayed the Angelus, ate something and, like two children, we timidly returned home with the certainty of being loved and wanted by an Other. He who began our story with us, before us, came once again to help us."

Their story illustrates the way God wants to break open our doors to the "symptoms" that emerge in us, as Carrón said. "The symptoms are like the cry that God, full of tenderness towards us, causes to gush from our innermost being, as if He were asking us, 'Don't you realize your need for Me?'" 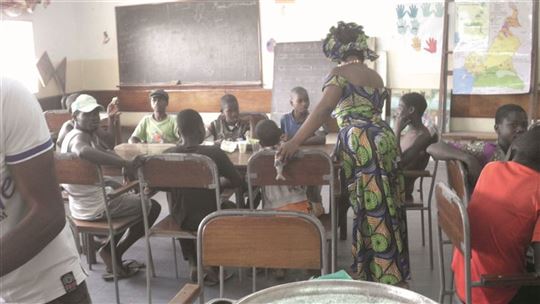 After that anniversary dinner, "daily life didn't stop being hard," Victorien recounts. A few days ago, he had a problem at work and told his wife, "If we aren't together, I do things badly." She responded, "Yes, but this being together doesn't exist without Christ."

Christ as the "point of departure" of daily life "is very concrete," she says. "I prayed with the children in the morning because he had too many things to do. We used to always read the gospel of the day to know 'what Jesus is telling us today,' but by then I had ended up doing it alone, like going to Mass every day. There was no longer unity, because the unity is in Christ, in the 'beginning' of things, in the way we begin our day."

"I grew in my desire for my relationship with God, for my heart and my freedom to emerge," Victorien says. In helping each other to always be aware, "We are becoming better friends," they say. "We have the certainty that our life is carried by another. This gives us simplicity, and more love for the freedom of the other. We are here, like two children forgiven by the Father. Marriage problems become the opportunity for being truer, for beginning again."

With her eyes opened, Mireille discovered how far her heart had strayed from Christ; she also discovered this in her friendship with Fr. Remigio, who ministers to the community of Cameroon from Italy. He went to visit them, and spent some time with them, in simplicity. Seeing the affection of Fr. Remigio broke down all the walls she had built, including those blocking off friends of the Movement with whom she had lost touch. "I told myself that I didn't need to seek them out. They knew where to find us. I had all sorts of objections." But Fr. Remigio asked about this person and that person, expressing concern. She cut him short, as if they did not deserve so much attention. Unfazed, he continued inquiring about them.

"I saw in the attitude of Fr. Remigio how important the happiness of each person was for him. It was a shock for me. I wanted to have that same tenderness that he had. Deep down inside, I began praying and asking for forgiveness for all the times I kept Christ from using my heart to manifest Himself around me."

From that point on, she began seeking out friends she had not seen for a long time, which "shook up the acedia in which I had become mired." She reads out a message she received in response to one of hers, a simple "Thank you." "A thank you full of things unsaid."