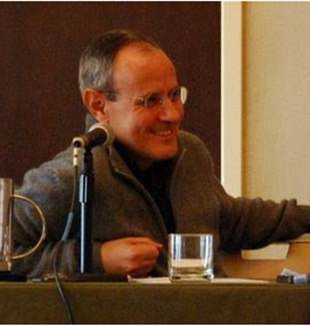 Fr. Carrón, two and a half years after Pope Francis’s election, some people say he hasn’t been able to make a deep impact with his plan for reform, but others say the changes are visible.
“Reform never takes place over night. Further, the changes taking place in society right now are monumental: we’re facing challenges that just a little while ago we never could have imagined. It will take time to judge how much the reforms are taking root amidst the body of the Church and if they’re reaching those men and women they aim to reach. In any case, it seems to me that certain steps that have been taken have brought us to a point of no return in the way the Church presents herself to the men of our time. Rooted in Christ, the Pope steps forward on solid ground, and this fills me with peace.”

ISIS’s attacks threaten to create conflicts among religions. How can this be avoided? How should we relate to Islam in Italy?
“I don’t think the fundamental question is that of conflict among religions. As commentators from everywhere along the spectrum–like Gianni Vattimo and Olivier Roy–have observed, the root is the emptiness that so many young Muslims or European converted to Islam are living, which leads some to violence. You can only respond to emptiness with a fullness of life, of intensity and attraction.”

How can you live up to the Biblical phenomenon of immigration; how can you hold together welcome and mercy with security concerns?
“It’s not my job to say how to solve the security issue; there are people with much greater authority who can offer appropriate suggestions. The arrival of refugees and immigrants, as I see it, as it is for any other person, is a reminder to live that attitude of mercy and welcome that we have first received with these others.”

Some say it seems like Pope Francis is a little ‘cold’ toward CL, a Movement thought of as more ‘distant’ than others from… Bergoglio’s position. What would you say?
“We’re not interested in a competition of who is more ‘Bergoglian.’ We’re most concerned with taking the direction the Pope gives us for our conversion seriously, especially his invitation to us in St. Peter’s Square on March 7: ‘Centered in Christ and in the Gospel, you can be the arms, hands, feet, mind and heart of a Church ‘which goes forth,’” impassioned by the desire to communicate the beauty of the faith to every man and woman.

More and more citizens are distancing themselves from politics. How can they be called back to this responsibility (whether Christian or not)?
“This is proof of the crisis we’re living, that so many people can’t get moving, even for that last tie to political life, which is voting. Abstention is one example of the difficulty we have in finding a proposal that interests us. An education is needed to rediscover how the ‘other’ is a good for me, and that each person has a responsibility for the good of all people.”

In Bologna, after two Cardinals who were “friends” of CL (Biffi and Caffarra) there’s now a change in course with Zuppi’s nomination. What do you think?
“I don’t know him well, but our friends in Rome have spoken to me about him for a long time as a father who loves walking with his people, just as his predecessors in the bishopric of Bologna have done. ‘Love me for what I am. Your love will change me.’ Only a shepherd who believes in God’s method could write these words so full of affection to a diocese that’s still unfamiliar to him.”

What is “unarmed beauty”?
“St. Thomas Aquinas says that “beauty is the splendor of truth;” truth doesn’t need help from the outside, or to be imposed with force, because its beauty speaks for itself. At this moment in time, it seemed like the best title to a contribution offered to man’s reason and freedom, in a way that’s ‘unarmed,’ without trying to force anything.”