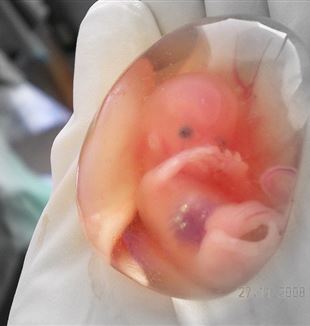 In recent weeks, the Council of Europe rapped Italy’s knuckles for the high number of gynecologists who are conscientious objectors, something that would limit application of Law 194, which has legalized a woman’s right to abortion since 1978. This was accompanied by a series of news reports about the violation of a woman’s right to find structures where she can have an abortion. “Maybe a question should be asked, before jumping to conclusions. Why are there so many conscientious objectors? What makes them object? I see it in the hospital: I know of doctors who decide to become conscientious objectors even after years of performing abortions, because you can do them for a long time, but you never get used to it.”

Marisa has worked as a nurse for 24 years, since the age of 20. For the past 10 years, she has been in the gynecology ward of a Milan hospital. One day, the head nurse proposed moving her for a few months from the ward to the day hospital. Given that abortions are also performed there, and knowing Marisa was a conscientious objector, she asked her first, “Would you feel up to it?” “First action, then discussion,” Marisa answered boldly. But the next morning when she entered the day hospital, she was shocked.

ELISABETTA’S QUESTION. “It is one thing to imagine it, but to arrive and find myself with nine girls, to see them there, waiting for abortions, destroyed me.” During her shift, she was called back to the ward to insert a cannula needle for a woman undergoing chemotherapy. “I thought, this woman is poisoning herself because of her great desire to live, while there, those healthy girls are waiting to do something that kills them. If I feel so terrible, how must they feel? This thought ate away at me.” The next morning, her colleagues stopped her. “Mari, it was too trying for you. Don’t take care of the ones who come for abortions.” So she helped various other patients, with hysteroscopies and small plastic surgeries, until a girl arrived from the operating room. Marisa was free and took her. The girl had just had an abortion. Marisa put her in bed, took her temperature, measured her blood pressure, checked whether she had any bleeding. Everything was fine, and she put the trolley away. Then, before leaving, she looked at her for a few moments. She always does that with everyone. She never leaves without looking at the patient. “I don’t know what happens in that moment, but if there is something wrong, I sense it. It is like a suspicion, so I check better. If nothing’s wrong, I leave.” As she observed her for a few seconds, the girl turned toward her and asked, “Do you judge me?”

It was an instant that re-animated everything anew. “What’s your name?” “Elisabetta.” “Elisabetta, I don’t judge you. If I had known before, I would have tried my best to stop you. I am sorry that I can’t take away all the pain that you now have inside.” “Nobody can take it away. Not even me. I killed my child.”

The girl began to have a panic attack; she was assailed by fears of everything, so Marisa stayed with her until she was discharged. “The day before, I didn’t believe I had the same heart as those women waiting for an abortion. I said to myself, ‘I want to generate—my desire is this, absolutely the opposite of theirs!’ Instead, I looked at her and understood that it wasn’t true. She had my same identical desire: God makes us thirst for life. The difference was that she was not supported in her predicament.” Marisa went home and had no peace, thinking that nobody will be able to take from Elisabeth the suffering for what she did. But a friend told her, “No. There is Someone.” “Hearing it turned me upside down. I hadn’t been thinking about Christ anymore. But He is there.” Only for this reason did she return to those rooms the next day, and the next, for months.

WHAT BURDEN? When the period in the day hospital ended, Marisa returned to her work in the ward, full of sadness. The whole time she had worked in the day hospital, none of the women had changed their mind. “My presence was not useful enough to save even one. Even one.” One day in September, she was hurriedly crossing the courtyard of the hospital to go to the ward. “Señorita, señorita!” A woman with her husband showed her a prescription for several tests. “I don’t know where I have to go.” Marisa took the paper in her hand and checked. It was for voluntary termination of pregnancy. “Come with me.” The corridor was long. While walking, every so often they looked at each other in silence, until Marisa asked the woman her name. “Jessica.” “Forgive me, Jessica, but I have to know: have you thought this through?” “Yes. But I have five children. I could never manage another. My friends tell me that I would be crazy.” “Doctor, please explain to her…” began her husband, with a thin reed of a voice. Marisa didn’t expect it at all. “Why, do you want this child?” He answered, “Yes, but my wife is the one who has to be convinced. She’s the one who has to bear all the burden….” So Marisa looked at her, “Jessica, I am sorry that for the rest of your life you have to bear the burden of what you are about to do. Do you want this child?” “Yes,” answered Jessica. Then she looked at the prescription in her hand and ripped it up.

That very morning, Marisa had read the Gospel: “I tell you this that you may have joy, and that your joy may be full.” “Going to work, I thought, ‘a full joy.’ What is a full joy? I asked it that morning, and later with Jessica I experienced it. When she threw away the prescription, I returned to the ward, my legs trembling. First, we went together to the chapel to pray a Hail Mary, that Our Lady would care for her and her baby. I told her only, ‘You will lack for nothing.’” Some time afterwards, Jessica called to say that her husband had found stable work and the baby was a girl, after five boys. “I think of that day every day,” Jessica told her. “I had stopped other people for directions, but you were the only one who looked at the prescription.”