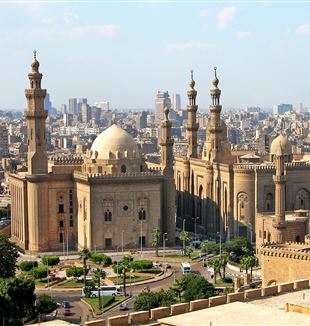 Last month, we read about the two-day event in Cairo. Here one of the protagonists tells us what thoughts the Meeting provoked in the media and in the Arab world. A place where everything is an obsessive search for a hidden agenda has exploded with questions. One sure thing has emerged: “Values need flesh.”

Often the Arab mass media are marked by self-proclaimed omniscience, in particular about the secret maneuvers and the hidden agenda of the West. In fact, according to them, Westerners do nothing for the love of God or of humanity. The defense of human rights, freedom of expression, freedom of religion, and democracy are considered only a cover for the West’s economic and political ambitions. This long list of values is seen merely as a Trojan horse to penetrate Arab-Islamic society, destroy values and tradition, and disfigure its identity. For this reason, the question “Why?’ is never asked, except to raise doubts about purposes and intentions.

The question “Why?” asked of the organizers and guests of the Cairo Meeting, instead, was of a different kind. It was a sincere expression of surprise and curiosity–no longer a means for investigating causes and purposes but an instrument for knowledge and understanding of people. Why is Marco Bersanelli Marco Bersanelli? Why is Emilia Guarnieri Emilia Guarnieri? Why do they take upon themselves the fatigue and costs of this journey just to tell us that they love us?

Who are the pharmacist Ayman Salah, the bank accountant Mohammed Qasim, the communications engineer Mary Matta, and scores of other volunteers of all ages and varied professions? How is it possible that we have never seen them before? Why were we unaware of their existence? Was it really they who organized this great event? Where did this love and enthusiasm for encountering the other come from, in a society that suffers from confessional fanaticism? How did these young people pass from the role of spectators to that of protagonists? How could they work together in complete harmony–Christians of different confessions (Catholic, Orthodox, and Protestant), and Muslims of different orientations, from the Movement for Peace of Suzanne Mubarak to the Muslim Brothers, to al-Azhar?

These are some of the questions–recurring in the Egyptian mass media–that followed the event, with 37 newspaper pages in various Egyptian dailies and more than four hours on government and private television channels.

“I feel I’m important.” To my mind, these questions are the greatest success achieved by the Meeting of Cairo, because they express a moment of awakening of consciousness, a moment of discovery of oneself and of reality. A few months before the Meeting, when I was establishing contacts and began doing conferences to present the Meeting of Cairo, explaining the experience that pushed us toward this initiative, I spent most of my time answering countless questions, and every answer of mine was followed by more than one question. So when they asked me what was needed to participate in the Meeting, I said, “All you need is precisely the curiosity you’re overflowing with!”

Some volunteers, in the interviews following the Meeting, declared: “For the first time, I feel like I’m an important person who can influence reality.” “I don’t know what I’ll do now. I can’t return to my life of before. I don’t want to return to living on the edges of life.” After the Meeting, many young people understood they had participated not for the sake of dialogue and “showing the civilization of the Egyptians,” but in response to an intimate need of their own, the most important symptoms of which were curiosity and questioning.

During the Meeting, when I announced the homage to Fr. Christian Van Nispen [the Dutch Jesuit who dedicated his life to the study of the Koran and relations with Islam], a storm of applause broke out in the room. After the Meeting, there were incessant phone calls asking about him and his books. I was amazed, given that the Church and al-Azhar often organize events of the kind, but they never receive such a level of interest. So why did Fr. Christian draw all this attention? I understood once again that the abstract values advocated by the diplomacy of dialogue between al-Azhar and the Church need a body, a person.

I learned a great deal working for the Meeting of Cairo. But the most important thing I learned about myself is that all I believe in I experienced in the relationship with someone. There are no abstract human values, because if they are human they are not abstract. Truth is not truth unless it is incarnate, because every truth is a person, and every person is a truth.