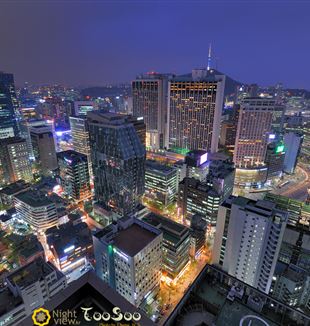 It was a Friday in early October, a national holiday in Seoul, and Francesco had suggested to some friends that they have a picnic so the families could spend time together. But the phone rang, and one of them, Monica, said, “I can’t come. I’m depressed–you know, the suicide of that actress. I just don’t feel up to the picnic.” A few days earlier, a Korean star had killed herself, and had been imitated by other women shaken by her gesture, the latest in a series of copycat suicides that has struck South Korea. Francesco was incredulous, because Monica had been one of the first to agree enthusiastically to his proposal. He had brought her the book, Is It Possible to Live This Way?, which he had promised her some time ago, and which she was eagerly looking forward to starting. She would miss seeing their other friends. How could she call and say she couldn’t come? At the picnic, they had an animated discussion and decided they needed to give a judgment on these facts. The next day, Francesco wrote a flyer summarizing their conversation, and, for the first time, “Communion and Liberation, Korea” was signed at the bottom of this flyer. Two hundred copies were printed for posting and handing out at work or in parishes, to friends, colleagues, and acquaintances.

This was just the latest happening in a story that began three years ago when Francesco Berardi moved with his wife and four children to the Asiatic capital. Certainly, life is strange sometimes. They were from Puglia, Italy, and had moved to Milan in 1997 for his job in a large firm in Vimercate. Then, for his work, they moved again, this time to Brazil. “We met the Movement there, in Rio de Janeiro. In the beginning, we got together with them because there were a lot of Italians. Slowly but surely, though, the correspondence we felt forced us to ask whether we truly wanted to engage ourselves in the relationship with them, whether we wanted to adhere to that friendship in everything. The answer was yes.” But then, once again, they were on a plane, this time to Shanghai, and then, in October 2005, to Seoul, South Korea, because of a company transfer. “The first months were hard. In particular, at work they have a very different approach than that of Western culture. For example, the hierarchy is much more rigid and structured than in Italy. In addition, there were the difficulties with the language, the chaos of a metropolis, and the fact that there was no one from the Movement. I felt alone. My wife and I felt alone.” Such was their solitude that they wanted to escape after a year. In the meantime, at the suggestion of Fr. Ambrogio Pisoni, the two of them began doing School of Community again–and then, the first miracle happened.

“This thing interests me...”
One day, while they were at the zoo with their five children (the fifth was born after their arrival in Korea), they met Barbara and Elmar, a German couple (though she is of Italian origin). “A beautiful relationship began, especially with opportunities for our children to play together.” They invited them to read The Religious Sense, as they had a copy in German, and got together often, but then the summer interrupted things.

In January 2008, Fr. Ambrogio came to Seoul to visit the Berardi’s. “It was a provocation to hear him tell about his encounter with the Movement. Up to then, as a public gesture, I’d sold copies of Traces a couple of times in front of the international church. But after his visit, my wife and I decided to put out flyers in the parish, publicly inviting people to come to the School of Community.” Ten responded, and the new little group was launched.

Today, about fifteen people meet regularly, some of whom attend faithfully, while others come and go. Their stories are varied, one more curious than the other. In addition to the German couple, Francesco recounts, “James and Jenny are a couple from Seoul who come from a Protestant background. When Jenny was hospitalized after an accident, she met a Catholic woman, and was immediately struck by her humanity. ‘This way of doing things interests me,’ she said. When she left the hospital, she began going to Mass.” Then there’s Monica, another James, the Australian Patricia, and Eugenia, all of whom arrived after phoning the number on the flyer outside the church. And there’s Augustine: “One morning, I was on the hill near my house exercising and, a couple of meters away, a Korean stopped and stared at me, laughing. ‘What do you want?’ I asked. ‘Nothing; it’s just that you’re a foreigner,’ and then he left. The same scene happened several times. We began speaking, and as he had a name typical of converts, I guessed he was Catholic. When I invited him to School of Community, he said, ‘Okay, I’ll come. I’m interested in meeting people and improving my English.’ Now he never misses a meeting.”

Then there’s Arthur, who went to La Thuile this year for the International Assembly of CL Responsibles with Francesco. Francesco is his boss at work. “I had sent him abroad for a period to work on a project,” continues the Italian, smiling, “and once when I joined him there, I invited him to do School of Community that evening with some friends of mine, but I didn’t explain anything. I asked, ‘Would you like to see some people?’ and he said, ‘Yes, okay.’ All day long, I didn’t have a chance to explain anything to him. Well, we showed up at these people’s house without him having the slightest idea who they were and what they did. He was very struck, and after I left, he went back to their meetings every week!” Asked why, Arthur says, “Because I found a correspondence there. I was looking for something new for my life, and that evening a possibility opened up. Since La Thuile, my wonder at this correspondence has become infinite.” Even before La Thuile, when Arthur returned from his work period abroad, he had begun going to Mass. The next step? Baptism, and cultivating the relationships begun at the CL International Assembly, with all the names he’d recorded in his notebook. “The next-to-last day in La Thuile, we took a hike. Just the fresh air and the panorama would’ve been enough to make me happy, but I also met many friends and it was even more beautiful. There was no longer any difference of nationality or skin color–we all sang with one voice. We were one. In that instant, I felt a chill run through me, and I thought of God.”

A Revolutionary Proposal
The Seoul community is small, but wants for nothing, not even the Fraternity Spiritual Exercises. “We did them in June, watching the DVDs recorded in Rimini, thanks to Fr. Ambrogio. When he came, he said my living room and projector were ‘perfect’ for setting up the retreat.” And so nine of them gathered for Lauds, lessons, and the assembly, during which they collected questions, and, of course, the not-to-be-missed lunch together.

They worked together at a booth selling Traces for the beginning of the year in the parish, “so we too can have some visibility, and invite people to School of Community,” Francesco says. “A handful of us met around a table under the sun all morning long to sell the magazine, and in the middle of it all, Monica exclaimed, ‘I’m happy to be here.’”

The Christian proposal is revolutionary for Korea’s Confucian culture and society. But it takes root thanks to a certain openness in the people (Catholics are 12% of the population; Christians of all denominations, 30%). Regarding the flyer on the suicides: , Francesco says, “Some were indifferent; others very surprised. No Korean would’ve done such a thing. They keep their private life separate from the public dimension. There are two important values for their culture: hierarchy, and the groups to which they belong.” The former concerns age and social position; for example, a boss is followed blindly. The groups, instead, aren’t free associations, but are bound to particular circumstances–draftees, fellow soldiers, fellow university majors–and within these settings certain relationships hold. A group like Francesco’s is absolutely sui generis in that culture. And remember that Francesco didn’t even want to stay in Korea! He marvels, “Now I realize that Christ was persistent with me,” like a mother with her child, who smiles continually until her son finally smiles too. “He put me before extraordinary facts, where you can’t help but say that here an Other is at work. A friend asked me what I’ve discovered in my ‘wanderings’ around the world. I’ve learned that the heart is one, the same everywhere.” The same, always ready to spring up when it finds a correspondence. This happened to James, who, at the end of a School of Community, looking at Fr. Giussani’s book, approached Francesco and said, “This is what we were searching for.”