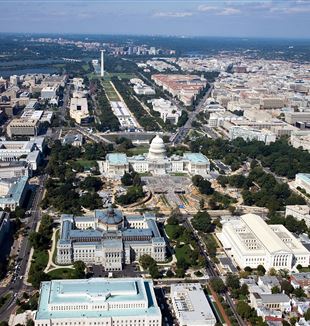 In response to the suffering of refugees from Kosovo, members of the Washington and New York communities of Communion and Liberation organized a benefit concert to raise money for AVSI, a relief organization currently working in the Balkans. The concert took place on June 10th at Georgetown Visitation Hall in Washington, D.C. and featured an outstanding New York-based contemporary jazz ensemble, "David Horowitz and Friends."During the intermission, Maurizio Maniscalco spoke about the work of AVSI and characterized it as a "friendship in action." This phrase captures the essence of the entire initiative. Whereas fundraising in America has become a cold science of manipulating the sentiments of precisely identified segments of the population, this initiative was born of a group of friends who decided to take risks with the people that they knew.

The desire to do something came resulted from a meeting of friends in the Washington community in late March. The purpose was not to plan an event, but, as Barbara Gagliotti (one of the principal organizers of the event) put it, "to take stock of what was going on" as the threat of war drew close. There was a presentation on the history of the Balkans from 1389 to the present to help everyone look at the current events in their historical context. Also, there was a presentation by Mark Danner, an analyst in the State Department, to explain the political and diplomatic dimensions of the conflict. At the next meeting, the emphasis shifted to the question, "What can we do?"

At this stage it was again personal connections that guided the initiative. Barry Stohlman had lived in Italy for seven years in Crema. There, he and his wife Laura had become close to Fr. Mauro Inzoli, involved in the initiatives of AVSI. The Stohlmans greatly admired Fr. Mauro and the work that he is involved in, so when Barry and Laura learned that he had been to Albania to help set up the refugee camps there, they felt a personal connection with the effort.

So, the direction was set. The next question was, of course, "How do we raise money?" Jonathan Fields, the responsible for CL in the United States, is a professional musician who works for David Horowtiz's company in New York. In addition to being the founder and President of DHMA(David Horowitz Music Associates), Horowitz is a gifted jazz pianist.

Come and see
In the words of Barbara Gagliotti, "The biggest obstacle was inviting people because it is a person that has to go to another person and has to explain what they are doing and why they are doing it; they had to reveal who they are. And that's the personal initiative that everyone in our group took. In asking, you got courage to ask more from people and more was given."

In a similar vein, Barry commented on this stage of making the event a reality: "I think the biggest obstacle that I faced is the difficulty of involving people personally in something. In just about anything that you propose to a friend, a neighbor, a relative… it is easy to get them to give you a little bit of money; it's another thing to get them to come and see. The reason that we did this concert was not just to raise money, but to create an opportunity to invite people to 'come and see.'"

Those who came were treated to a night of excellent jazz. Four of the band members work with Horowitz at DHMA: Jack Cavari (guitar), Ed Walsh (keyboards and synthesizer), Ted Khoone (violin), and Jonathan Fields (guitar). The ensemble is filled out with Ben Gramm on drums and Enrico Elia on the bass. Maniscalco joined the ensemble for the evening on the bongos. As an additional treat, the band was joined for five numbers by the sensational vocalist Valentina Oriani, who sang with Horowitz in Rimini in 1998 and has since sung with the band on a number of occasions.

Among Horowitz's compositions is one entitled The Signs that was inspired by his reading of The Religious Sense. Don Giussani's book had a strong influence on Horowitz, who said that in recent years his friendship with Jonathan Fields and his encounter with the Movement has led him to re-examine his Judaism, a faith that he left as a young man.

For a good cause
Perhaps one of the most striking aspects of the benefit concert was that this group who work for a high-powered firm in the frenzied milieu of the New York advertising world closed down shop for a day to practice, got on a train to Washington, did the concert and then hustled back to New York in order to get back to work the following afternoon. When asked why he did it, Horowitz responded, "Well, it's for a good cause. I have become very close with a number of people in CL through Jonathan. I'm great friends with Riro, and I've met Cesana and Albacete and I know all of these people. I've spent time with them and I just think that they are wonderful people. So this is, I think, the third or fourth benefit thing that we've done since Rimini."

The Washington community was changed by this initiative. We learned more about who we are and what we are living. The challenge to invite everyone we knew was daunting to many, but it proved to be rewarding.

The meaning of what we were doing became evident as we proceeded. People got to know each other better and as our bonds deepened so did the awareness of our ties to those who work in AVSI and to the Kosovo refugees themselves. It was an opportunity to grow in unity and, as Barry said, "that is an opportunity that is always welcome."