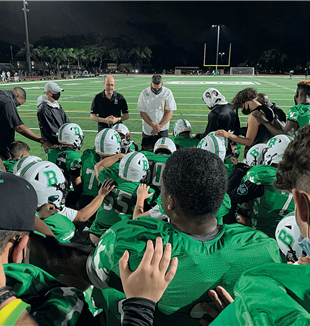 An accident. A rear-end collision on the way to work. José Rodelgo-Bueno, known as Pepe, is the headmaster of a school in Miami. At the age of 51 he found out that he had cancer. Tests, carried out in the emergency room because of whiplash from the accident, revealed a tumour mass in his abdomen. "The doctors told me I was lucky. It is a form that is asymptomatic and that would have degenerated silently. They proposed a treatment plan and it became clear to me that, from there on, something different would begin for me." This was April 17, 2019, a date that Pepe sets alongside three other fundamental moments along his path, because of the upheaval they caused, which always coincided with a "call within a call." These are all situations where life became fragile and exposed him to the alternative between "being crushed by cataclysms or finding that irreducible point that holds my person together."
When this happened for the first time, Pepe was twenty years old. He was attending the Aeronautical Academy in Madrid, the city in which he was born and raised. "I wanted to serve my country. It was the greatest ideal to which I thought I could give my life.” He had a promising military career ahead of him, but something went wrong when Hector, one of his companions, died during a flight exercise. "I was called in with another student, the then Prince Felipe, now King of Spain, to watch over the body. We stood there for an hour, attentively, looking into each other's eyes, as the protocol requires, in front of the body of our friend. And my head was full of questions: where was Hector, who used to laugh and joke with us in the morning? What was our life, if it could end in an instant?” These questions accompanied him and hurt him even on the day of his graduation: "I was finally a lieutenant, but I was sad. I felt the discomfort of wanting to give my life without really knowing what it was.” Stationed in Madrid, he began attending the Faculty of Economics, where he made friends with a group of young people from Communion and Liberation: "I wasn't religious, but I fell in love with a girl and started attending their meetings.” It didn't take him long to realise that the faith they were living touched all his questions and awakened his desire to live for a great ideal. "I threw myself into this new life. I was engaged and wanted to get married. Every day, after work at the air base, I went to university and, at times, to the parish, where we had did charity work with high school students.” Pepe thought that everything had finally found an equilibrium. But there was a further nudge that began to indicate to him that the game was still open. "I felt a growing passion for teaching; I felt a satisfaction that meant that I was not at peace in regards to my career.”

Thus came the second call, that of his vocation. "My life was full of relationships and encounters. I was always looking at people with a thirst. My question as to how I could give life, instead of subsiding, grew more and more.” One day in August 1993 he met Enrique, of the Memores Domini: he listened to him during a testimony. But above all he looked at him. "I saw a man who did not rely on his own strength, but who was ‘seized’, attracted by an attraction that made that particular life possible. I began to verify if this was the path for me too.”
But the horizon was even wider than he imagined. His brother Ricardo fell ill, which once again upset his plans. "He was my older brother; he was bright, lively. For him, life had to be an extreme adventure. We used to go on long motorbike trips. When I told him about my vocation, he didn't take it well. He said to me: ‘They have brainwashed you’.” But towards the end of his illness, something happened to Ricardo that moved Pepe to his core. "Over time, my mother's care and the presence of my friends in the house had softened him. One day he asked me to call one of ‘my priest friends’. I don't know what they said, but from the moment he confessed, my brother never stopped smiling. He completely changed. He died four days later in my arms, entrusting himself to Jesus.” The idea of mission entered Pepe's life at that moment: "I wanted to tell everyone what I had seen happen to my brother.” 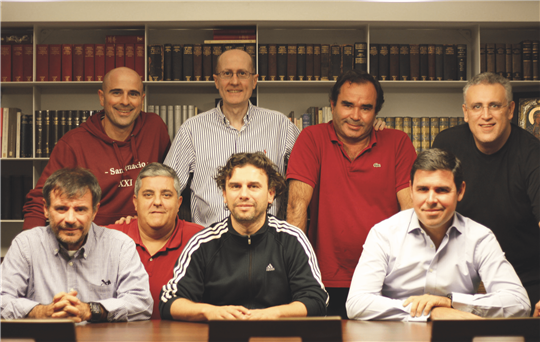 In 2002, Pepe, who had begun the path of the Memores Domini, left the Air Force to teach. He accepted a post in Puerto Rico, where the diocese had asked for people from the movement; four years later, he moved to Miami where, in 2012, he became headmaster of St Brendan High School. "In these almost twenty years of mission, I have always kept what Fr. Giussani said to me after my Profession in the Memores in 2004: ‘'Jesus has reached you. You are like the link in a very long chain. Come on, go!’ I began to understand that I could live my mission by belonging to this history that, through men, linked me to Jesus.

When he was diagnosed with cancer, the power of those words became even more radical: "For two years, I tried to hold on: I was a full-time headmaster and I undergoing chemotherapy, MRIs and blood tests. I tried to keep the news confidential because I didn't want my mother in Spain to find out. But it was actually me who didn't want to give up.” Until managing the disease alone became unsustainable. "I had to surrender to the most mysterious aspect of the disease: it's a circus you can't say no to. It is there and you cannot escape. I was again called to live a vocation within a vocation.” The first step was to leave Miami and return to Madrid, where the conditions would be better to cope with the advancing disease. "It was hard to get on that plane. I had to let the idea that I would be on mission until the end, sitting there at my desk as a headmaster, die. But I realised that if I didn't accept to live with the disease, I could continue to do everything in the name of faith, at the risk of losing it. Now my mission is no longer America, it is me."

Pepe's life in Madrid changed pace: from moving at a pace of 200 kmph in Miami, he suddenly stopped completely. The pain often forces him to sit in an armchair all day. At home, the other seven men of the Memores with whom he lives take it in turns to attend to his needs. In the morning, they have Mass, then breakfast together, and if he is well, they accompany him to the swimming pool. Friends often visit him in the afternoon. Then in the evening they meet for Vespers. "Sometimes I don't even notice the pain, not because it's not there, but because there's something bigger, because I'm inside a life that makes me see something else.”
For example, a month after his return to Spain, he received a box that had been placed in the school after his departure, with over five hundred letters from his students and colleagues. It took him a month to read them all. Just in time for a courier to drop off two more. "They tell me about their lives. They put the most precious things they have in my hands, as if my illness has somehow placed them before God. You can't always beat cancer. But that's my victory: seeing these fruits ripen more than if I had stayed there, a few metres away from them. They are another link in that very long chain.”