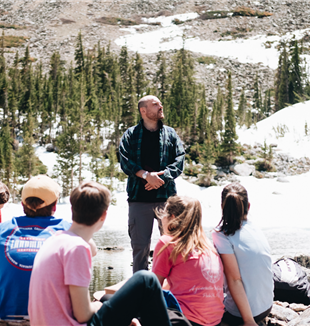 “Expectation is the very structure of our nature, it is the essence of our soul. It is not something calculated: it is given. For the promise is at the origin, from the very origin of our creation. He who has made man has also made him as 'promise.' Structurally man waits; structurally he is a beggar; structurally life is promise.” — Fr. Luigi Giussani, The Religious Sense, Chapter Five

The theme of this year’s CLU Vacation—“Life is Promise”—was taken from the above passage of The Religious Sense, which is the text we have been working on in our respective schools of community this past academic year. For those who have been in the CLU for several years, it has been a great gift to return to this text since it is the first of a trilogy that comprises the content of what Father Giussani taught in his Introduction to Theology courses at the Catholic University of Milan. For those who were new to CLU (whether during this past year or at the Vacation), the opportunity to “begin at the beginning” with The Religious Sense proved very fruitful—as many students referred to what they had learned from the text this past year during the Vacation’s assemblies.

Father Pietro began the Vacation by sharing a startling New Yorker article: “The Case For Not Being Born,” which features the views of “anti-natalist” philosopher David Benatar. In light of Benatar’s thesis, Better Never to Have Been: The Harm of Coming Into Existence—which is not the only one of its kind out there—Fr. Pietro invited us to the proposal of the Vacation: “an attempt to affirm that life is good; that is it good to be born.” These days would be an opportunity to “educate our reason to be open to the totality of our life.” Our friendship comprises a “place” where we can do this, that is, where we can be open to receiving reality in every way it gives itself to us. Two particular points of his stood out: “Give attention to what interests you,” and, “don’t start from doubt—it is like already having made up your mind.” 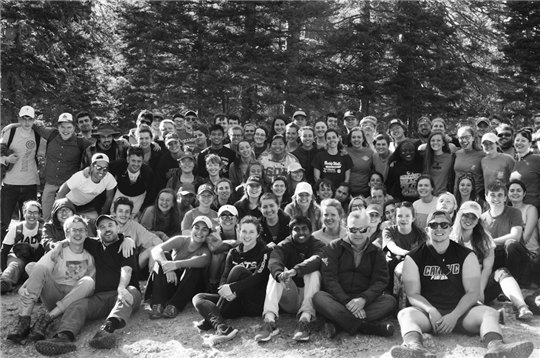 We attempted to heed this initial invitation of openness for the next six days, which were filled with hikes (one particularly long and arduous one!), games, witnesses, presentations, singing, and prayer, all in the mountains of Estes Park, Colorado. A witness from Father Rich Veras of New York acquainted us with part of the history of CL’s beginnings in America, as he shared how he met the Movement (down to the day and place!) and how he was “struck by the normalcy of the people,” but also their sense of freedom and joy, and how they were not just having ‘meetings’ but truly living their lives together. Father Pietro also invited two of his friends who are Memores Domini (lay men and women who live the Evangelical Counsels), to share about the connection between The Religious Sense and their experiences. Most notable in their witnesses was the way in which they each began to learn how to respond to suffering: for Lorenzo, the suffering of his patients was not a reason to quit or let them die, for he had met a reason to think otherwise; for Francesca, Someone came down to stay in the suffering with us, and this started to give suffering a mysterious meaning.

One aspect that stood out at this Vacation was everyone’s desire to share at the assemblies (so much so that one of the jokes in the final evening’s skit was everyone jumping out of their seats to form a line to speak). Of the various assemblies—one on the book Stoner by John Williams, one for graduating seniors, one on reason and the University—it was the final assembly that took us by surprise, lasting for over two hours on our final full day together. This was one of my favourite moments, firstly because I was amazed at the students’ willingness to share themselves with everyone (and the courage and vulnerability it takes to speak in front of a crowd!), and secondly, because when every student spoke it was not something generic or abstract, but personal, genuine. Several students shared about their experiences of family and home, or the difficulties they faced or the questions that arose since the Vacation, and others shared about the beauty and intensity they experienced over the week. One girl said, “I’ve never been shown so many ways of seeing God’s presence.” I liked how they were able to point to the unity among everyone, as Fr. Pietro kept inviting us to see, that was tangible whenever we sung the Morning hours together, prayed the Mass together, or when we listened to a presentation on jazz music or to a friend perform Schubert’s Sonata in B Flat. Father Pietro put words to what many of us were experiencing: the realization that God prepares a place for us, that He was already there, constantly awaiting us.

The joy of sharing the week together was celebrated on our final singing night, which had CLU Vacation veterans and newcomers alike (our new friends from Pensacola, Florida!) on their feet, dancing. In concluding the Vacation, Father Pietro emphasized that the past seven days were an event; what we experienced could not be simply put into words. It seemed that everyone—even the people who did not speak at assemblies—wanted to say something, which meant that something happened to us. I hope that we can each return to what happened to us, like a point of reference (as Father Pietro called it), so that we can continue following how Christ has met us (now that we are no longer dehydrated and sunburnt).