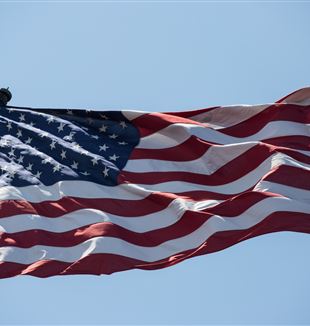 It seems that our generation is living through a tsunami, an unprecedented epochal shift. We are living through this tsunami in first person and without clear reference points. Certainties that until recently were shared by all, have collapsed.

A consequence of this new era is the growing restlessness, disappointment and despair about institutions, and about politics in particular. Phenomena such as Beppe Grillo in Italy or “Podemos” in Spain are examples of political proposals that seem to be against “The System.” The success of politicians as different as Trump and Sanders in the U.S. can also be interpreted as the result of this situation. Even in Alaska, an independent candidate governs the second most petroleum rich state in the U.S. Popular support for these candidates and political groups is a sign of the desire for justice that is rooted in the human being, a desire that remains alive in this new era.

In Puerto Rico this epochal shift catches us at a particularly difficult time, both in terms of the economy and of our identity. Under the two major parties, in recent years unemployment has increased, and the perception that there is no future for those who remain on the island has grown immeasurably. If in previous elections the main issues were security and drugs, what seems to dominate now is disillusionment with a country where you do not know where to start rebuilding. For many, to pack up and leave the island has become the first and most dramatic option. Young professionals, disenchanted by political institutions, are the first to try to make a life for themselves outside of our island. This climate of hopelessness has worsened over the last year with the severity of the financial crisis and the appointment of a fiscal control board by the US government. This relegates the government of Puerto Ricans to a secondary role and seems to definitively destroy the illusion of being a people in control of our own future. We have to deal with a completely new situation, which makes it imperative to look into ourselves and think about who we are.

These times are a huge opportunity for all those who, regardless of party lines, wish to roll up their sleeves and work for the common good. Perhaps we have never faced the urgency of each individual person’s action as we do now. It will be important to vote with the clear understanding that is no longer time to argue, but to be open to dialogue, and find those who, like us, want not just to stay on the island, but build it up. We are called to be the protagonists of our own history like never before. It is time for those who have an ideal and reasons for hope to join together in the richness of their differences, to build our common home. We will only vote for people willing to share this openness and to work together.