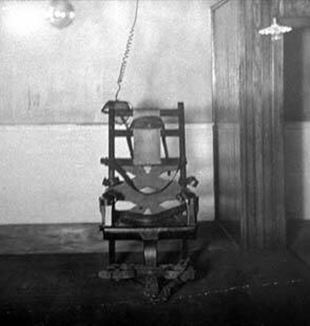 Virginia Catholics are challenged once again to revisit the moral dilemma of the state’s death penalty statute, with today’s media spotlight on the recent bill—gutted by Governor Terry McAuliffe on April 10th—approving use of the electric chair on death-row inmates when lethal-injection drugs are not available. Governor McAuliffe, a Catholic who does not personally support the death penalty, introduced an 11th-hour amendment that would instead allow the state to hire a pharmacy to make lethal batches in secret (the secrecy being important to uphold a company’s positive public profile).

This is not the first time Virginia has been at the dramatic forefront on this issue, as its history of executions is the longest and most liberal of any state. In fact, the first execution in the New World took place in Virginia in 1608 when Captain George Kendall was executed in Jamestown for spying. Since then, Virginia has executed more than 1,300 people, more than any other state, and has also executed more women and the youngest children of any state. With seven inmates currently on death row during this controversy, Virginia Catholics should consider stepping back from the polarizing politics to assess the situation with the help of the wisdom of the Church and the witness of the faith.

Twenty-five years ago, the U.S. Catholic Conference of Bishops publicly assumed an anti-death penalty position, stating, “Each of us is called to respect the life and dignity of every human being. Even when people deny the dignity of others, we must still recognize that their dignity is a gift from God and is not something that is earned or lost through their behavior.” The USCCB asserted that imposition of the death penalty should be employed if it is “the only available means to protect society from a grave threat to human life. However, this right should not be exercised when other ways are available to punish criminals and to protect society…” 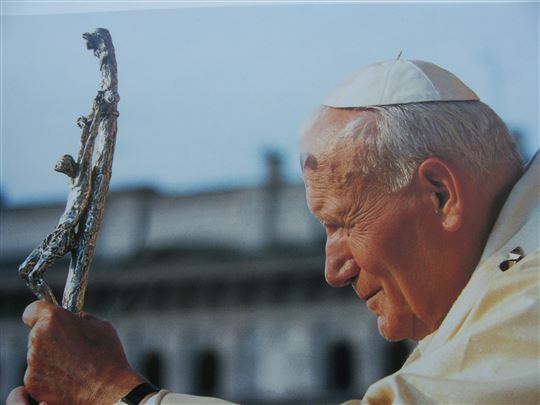 While in the past even Catholics took sides on the issue based more on political or nationalistic leanings, the bishops continued to insist on the primacy of Christ’s love, the basis of our personal dignity, as the deciding factor — and their guidance began to change hearts. As John Paul II said in 1999, “A sign of hope is the increasing recognition that the dignity of human life must never be taken away, even in the case of someone who has done great evil ... I renew the appeal I made ... for a consensus to end the death penalty, which is both cruel and unnecessary.”

To better understand this in human terms, in reality, Pope Francis leads us to consider our own fallibility. Meeting with prisoners in Bolivia in 2015, he asserted, “Standing before you is a man who has been forgiven for his many sins.” In a later interview, in which he was asked how he reconciles earthly justice with this knowledge of mercy, he goes on, “God forgives everyone, He offers new possibilities to everyone, He showers His mercy on everyone who asks for it. We are the ones who do not know how to forgive.”

Joe, a 46-year-old local resident who became a Catholic while still in prison, is striving to re-enter society and the work world after thirteen years of incarceration. Before serving time, he was abandoned by his family at an early age, dropped out of school, and lived a homeless life he would term “of very little account.” He relates with gratitude to the Pope’s words: “I know I deserved every minute I spent in prison. But I am also eternally grateful for the beautiful people who went beyond the norm of society and showed love towards me when I was sad, confused, and near despair. I am not opposed to capital punishment, but I do believe as a Christian I have to look beyond my own ideas and see the soul as Christ does, which is what happened to me. Christ looks upon us with a gaze of grace and mercy. We all need grace. And we need more missionaries willing to go into the prisons and bring the Gospel to inmates to at least try to reach their tortured hearts and offer a way of salvation. I know from personal experience that if I was not shown compassion, I may have never been able to do so myself. The people Christ has put into my life allow me to begin to forgive myself and to look at others with better understanding. I love because He first loved me.” The justice of our penal system — good and necessary as it is — by nature does not accommodate the mystery of human freedom, which just might say “yes” to Christ. Joe’s profound experience elucidates this ideal: “Our ‘yes’ to His grace strengthens each member as we become united, regardless of past choices and failures, just as our ‘no’ dampens and distorts our vision and drains us of joy. We are little children in need of a Father who will nourish and guide us on the path of truth on which we should walk. Then we become victors and the light shines…”

Previously published in The Knight Life, a publication of the Knights of Columbus, Virginia