“Here, even the paint on the walls is natural.” It is something that amazed him right away. Francesco Boin, 48 years old, was born in the Dolomites and for the last year lives and works in San Francisco. Where everything is natural and everything is okay. People go to the store in pajamas. You don’t even have your bags unpacked when someone offers you marijuana as a way to face the day. And, at the sign of peace in church, two men kiss each other with abandon. “It is as if everything is immersed in a natural religion.” The religion of spontaneity.

Surely here, though, work is not everything. Not like the East Coast, where to break into the American system Francesco was measured for 16 years by successes and objectives that always got bigger. He has lived in the States since 2000: before, he graduated in Medicine at Padua, specializing in Immunology, then exams and entrance at the Mayo Clinic in Rochester, Minnesota, where he specialized again in Internal Medicine; more exams, another speciality (in Rheumatology) and five years of bootcamp, hard work, finally to enter as a professor at John Hopkins University in Baltimore. A race without respite. “But it was not over. You never arrive. Here academic roles are renewed every year and you have to constantly get funding, produce research and publish it, submit projects to the governing agencies. It is a struggle for survival.” There is always a measure looming over you. “Above all, if you are an immigrant.”

Today he is an American citizen and very grateful for all the work which hasn’t spared him anything, not even to rest content with his successes. “This very demanding reality has helped me never to lack that profound level of the question: in all this, where am I? What am I really looking for? What gives breath to my life?” Renewing his answer to these questions has made him stable in a world that is always raising the bar.

Two million dollars. Francesco is a Memor Domini. The whirlwind of a life like this, far from home, in an environment where the most familiar evidences have crumbled and been buried, has tested his faith, a faith handed on to him by his parents (“I grew up with a lively sense of life as given and guided by Providence”) and deepened in the encounter with the movement at the University. Little by little, he saw that either work is a part of life or it takes over your life; for him it has become a place where “I can discover more profoundly what I expect, what I desire, what ultimately moves me.” Even now, on the other side of the United States, in California, where work is not always so totalizing. The idea that dominates here is not to wear yourself out too much, meetings are done in t-shirts, relaxed, and the Faculty Council can take a walk on the beach together, as “team-building”. It is as if in all this there is a suggestion: there is more to life than work. “But this more remains totally confused. There is the aspiration to become part of something great, and yet there is fear of any objective belonging. A strong sense of individual liberty dominates: each person must be guaranteed the possibility to express himself as he wants. But it is a neutral value, where there can be no interference.” A priest ended up on national TV because he would not allow female altar servers. Eight-year-old children were interviewed and complained about their discrimination, and that their rights were being violated. “They absorb this idea of freedom,” a freedom so absolute that it ends up imprisoning them. “It is a paradox,” he says: “The exasperated preoccupation with respect for the other becomes a distance in relationships.”

Two months after his arrival, in the division where he works, a 23 year old nurse died. His colleagues organized a memorial: one by one they got up to remember her, how she was, her abilities, in front of a small altar with a little waterfall and a candle, and her parents there, grieving. In the background, ambient music. “In front of death, powerful questions emerge, whether life has a destiny, whether it is really over. This is the time to discover the ultimate perspective so that we can live in the present. We cannot dilute this question only with memories.” Her parents thanked him, and it was not automatic, because “the resistance to exposing our hearts is so great; we might say something politically incorrect,” because of an understanding of freedom that, instead of pushing you toward reality, paralyzes you.

“The response of us Christians to a reality like this can be one of reaction, of defensiveness, or instead, of relationship,” that which opens you up to the other, to a heart that thirsts like yours.

One of his patients who is very wealthy invited him to a benefit gala for the Museum of Modern Art. On the monitor, they added up the donation in real time. In 37 minutes, they collected two million dollars. He looked around at the people at his table who, while donating, are already talking about the next fundraising event. “A need emerges that is never satisfied, a spasmodic search to do something useful.” Driving home, with this patient and her husband, she speaks up: “I am sorry, because I would have liked to speak with you this evening about beautiful things. It is always a joy when we can be together.” “I thought of that need,” Francesco says, ”and of the fact that money cannot calm it. And that I have received something even more beautiful that I can give.”

When he was still at Johns Hopkins, during a lab-meeting, the meeting of all the researchers where they present and discuss the results of their work, his boss told the editor of a prestigious magazine that he had a doubt about some of the data in his article. And he says: “I want to ask you a question: Why should our research be irreproachable? Why shouldn’t we cheat?” Total silence. “Because with our work we contribute to discovering a small piece of truth: small, infinitesimal, but we want to discover what is true in reality, and the Truth with a capital T.” Francesco was moved: “For me, the truth in reality has a face, Jesus. What for my boss was an intuition, for me is a reality that I have encountered.” A provocation that gives him a new enthusiasm: “It made me rediscover where my passion for scientific research comes from. But, above all, it made me understand that everyone moves in reality to discover what is real, because of an attraction toward truth. It is the same for everyone, for everything.” 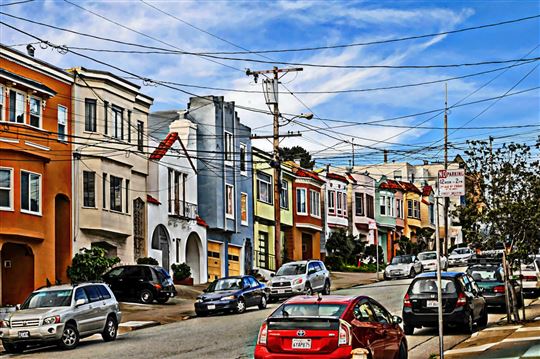 A young woman from the college, in his care, seeks him out because she got pregnant “by accident.” She was taking medications that could be dangerous for the baby. Her mother told her right away to abort the baby. “And you, doctor, what do you say?” “Don’t think it’s a problem that you ever put behind you. Whatever decision you make, you will carry with you always, because it has to do with the ultimate meaning of your life. You should look within yourself and ask what you truly desire for this baby. Then think that it might be the only pregnancy you will have, you have no control over that. If you want, I am here.” After three days, she calls him: “What I want for this baby is for him to live. I am keeping him.” And he accompanied her as he could, on her journey, even in the despair that assailed her when she called to tell him she had aborted the child. She could not hold up against the pressure from her family. “But she had discovered what was true. The theme of life emerged from her experience, because in reality there is something that corresponds to the heart. We need something that conquers the fear of looking all the way into the depths of our hearts.”

Even in a world like this, where you can do anything you want, reality puts in front of us the desire to be happy. “But in a discussion at this level, I have to be present. Even implicitly, but I am there myself. Only like this can I accompany others.” He sees it with his patients, who have autoimmune illnesses, like lupus and scleriasis, which can be treated but not cured. And there are chronic illnesses, “for which the big temptation is just to let it go.” Depression is common. “How can I give them courage? Not by taking away the disease, that would not be realistic. But I tell them: I am here to walk with you.” To look at, together, that circumstance that threatens their happiness, and maybe find meaning in it. “This sharing changes everything, even some of the medical aspects of their condition. And my primary contribution is to respond, for myself, to the wound that reality gives me.”

A discourse cannot enter into the drama a life like this opens up. “The true cultural battle, here, is to rebuild from the fullness of life. Then my job is to give in to the attractiveness that reality generates in my days, and to the discovery of how Jesus responds to my need. Others recognize this, because what attracts them is the breath that makes me live. The possibility of witness is that they see that what they are looking for is active in me.”

Leadership course. “So, is your family all set up?” One month after his arrival, the head of the clinics in his division asks him this when they are out to dinner. “No, I am not married.” “Ah, are you divorced?” “No, I did not get married.” “So you have a girlfriend.” “No, I don’t even have a girlfriend.” That seals it: “Okay, don’t worry, here in San Francisco, you’ll soon find a man. And you can get married now.” Francesco cuts him off: “No, look, I am not gay, I don’t have that orientation…” They go on, beginning to work side by side on a project, every day for a few months. Until the second invitation to dinner.

This time, in the middle of their evening, the colleague says: “I have to ask you something. You have to help me understand. You don’t have a girlfriend, nor a boyfriend, but you have an obvious point of stability in your life. What’s behind it?” “Look, my life is not random,” Francesco responds: “It is a dedicated life. I am Catholic and for me the experience of faith was an encounter with a Presence that was so alive and so attractive that I gave my life to Him. My point of stability is this relationship.” The colleague remained silent. And then: “Thank you,” he said: “I understand that it is something like this that is missing for me. I keep doing courses in leadership on how to motivate employees, to give the best of themselves. But I find these courses to be suffocating, useless, abstract. And then, my wife and I are not religious … but lately, looking at our three children … I get this lump in my throat, because I think: but what am I giving them? What kind of support can I give to their life? What you are telling me helps me to understand what is most important. Can we continue to talk about it?”