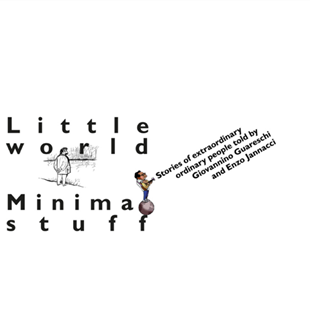 In the late nineties, a school where I taught was doing a clean-up of its library. Faculty and staff were invited to peruse the stacks of what was being thrown out in order to take anything they found useful. Among other literature the school was forsaking at the time, I found a hardcover translation of Giovannino Guareschi’s Comrade Don Camillo, part of Guareschi’s highly popular series from 1950s Italy chronicling the life of a fearless parish priest confronting his town’s communist mayor, Peppone. Eschewing ideological stances, the book confronts the tension between the religious belief and political life of Italy at a time when Marxism had encroached, through the use of high comedy that engages the readers, bringing them into the minds of both characters–something that is the task of fiction, even in today’s world in which attempts have been made to reduce the art of fiction to ideology. The novels were highly popular in their time, widely translated, and have something to say today to a contemporary American society that is more politically ideological and polarized perhaps than any region of Europe had been throughout the twentieth century. And sad to say, they were also marginalized as “Catholic” literature, rejected from high school libraries as outdated, when in fact, they are first-rate fiction—and not at all propaganda—as became clear in this year’s exhibit at the Encounter, “Little World, Minimal Stuff,” organized and presented by Giorgio Vittadini, professor of statistics at the University of Milan-Biccoca, and Communion and Liberation’s visitor to the United States.

Both Italian Consul General Natalia Quintavalle, along with Deputy Consul Isabella Periotto attended, and Quintavalle opened the presentation by sharing how she had been prohibited as a child from watching television, except for the films made from the Don Camillo and Peppone books, which taught her that “Italian politics and religion could be funny and very very human.” She continued by commenting on an Jannacci song about a homeless man who offers insight about love, concluding that the works of both artists “prompted Italian culture to be open to diversity and to foreigners. They taught us how not to be afraid.” 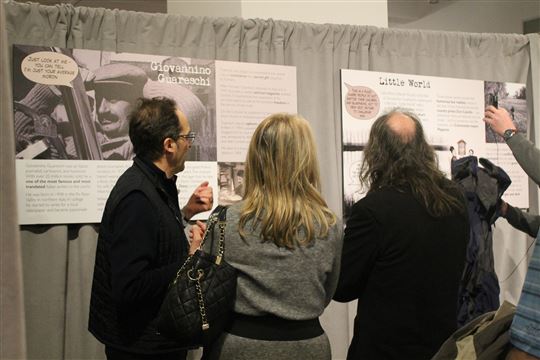 The presentation was then introduced by Paolo Valesio, Professor Emeritus of Italian Studies at Columbia, who remarked on the significance of Guareschi’s and Jannacci’s works given the current state of political affairs in the U.S. Commenting afterward, Vittadini stated, “Guareschi’s and Jannacci’s works may seem to have little in common with the American reality, yet they point to the fact that a message of reconciliation between opposing ideologies can occur.”

A team of actors read from one of Guareschi’s most widely-known short stories about Don Camillo, and Vittadini underscored Guareschi’s insistence on the fact that “The one who speaks in my stories is not Christ, but my Christ–in other words, the voice of my conscience: personal stuff, my own interior business,” pointing to how this “interior business” Guareschi speaks of is in fact that voice of Christ within us: “What difference is there between ‘conscience’ and ‘Christ’? We think of relativism, while instead, to listen to our conscience is to listen to Christ,” he explained. “God does not like many made rules. He is concerned instead that the connection with Him is not lost.”

Following the Guareschi reading, a singer and guitarist performed renditions of Jannaci’s “I Saw a King” and “Six Minutes to Dawn.” The first underscores, in Vittadini’s words, “human freedom in the face of a power that wants to marginalize it,” while the second renders the interior monologue of a soldier about to be executed by the Nazi’s, who states: “You can kill me, but you cannot kill my dignity.”

Most striking overall about the presentation was how it showed that even more than fifty years ago now in Europe, the battle waged within the human conscience has to do with how we limit reality to what we feel in opposition to an openness to the transcendent, to what is beyond our capacity to grasp, yet is so evident if we look at our actual experience. The history of the twentieth century has given more than ample evidence of what happens when entire cultures succumb to the first error. “Little World, Minimal Stuff” points us to a possible solution in this election year where people are polarized by ideological positions, refusing to acknowledge the potential for what is genuine within any aspect of the political spectrum, refusing to admit that openness to that which is “other” can be the most reasonable stance to free us from the prisons we build for ourselves, even in the name of truth.