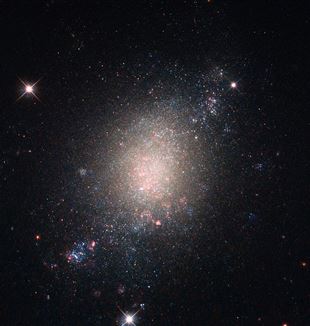 Courtesy of the Crossroads Cultural Center, two astrophysicists–Marco Bersanelli and Msgr. Michael Heller–shared their love for nature, and for the Mystery nature points to, in an evening entitled “Wonder and Knowledge: A Discussion of What Lies at the Root of Scientific Discovery.” Despite the fact that scientific reasoning and the “merely personal” (as Einstein unfortunately put it) are often pitted against one another in popular culture, that mysterious desire which Fr. Giussani calls “the religious sense” is the very desire that motivates scientists to explore nature. According to Bersanelli and Heller, if we take this desire awakened by nature seriously, rather than suppress it or ignore it, then we will essentially find ourselves searching for Something beyond Nature. As was succinctly stated in the opening remarks: “There is a common misconception that science is all about objectivity and detachment, like some kind of mechanical process. But history shows again and again that the greatest scientists were those who were most passionate about knowledge, those most fascinated by nature. Only interest in the mystery of the universe, and the desire to know it, have made them able to look with open eyes and to go beyond the preconceptions of their time.” In no field is this more literally the case than in astronomy, the oldest and most visually overwhelming science.

Co-dependent methods. Dr. Bersanelli is a Professor of Astrophysics at the University of Milan, and a longtime companion of the Movement, having been helped and guided by his friendship with the late Fr. Giussani himself. As an observational cosmologist, he studies the universe on its largest scales and at its earliest times. The recently launched Planck spacecraft, to which he is a prime contributor, has begun to map the early cosmos (then in a mysterious hot, dense state) through its imprint on the cosmic microwave background radiation (see Traces, Vol. 11, No. 6, p. 16). This radiation emanates from every direction in the sky and is the “afterglow” of the Big Bang. During his presentation, Bersanelli treated the audience to some of the first images from Planck, which show the seeds of the modern universe’s structure in unprecedented detail. Fr. Heller, Templeton Prize winner in 2008, is a philosopher, theologian, and astrophysicist who has approached the early universe and its subsequent large-scale evolution from the theoretical side, as a world-class expert in general relativity and in the physics of black holes. His presentation explored the ways that both cosmology and philosophy have sought to understand how the universe began. Throughout his talk, the correspondence between these two methods became more and more apparent–both need each other to explore one and the same Reality. Science and philosophy in Heller’s view, especially philosophy enlivened by Christian revelation, are different methods exploring the same nature. “If you want to look for God in science,” he said, “don’t look in the gaps, but in what science has already grasped of the Logos of the Universe.”

Wonder and Promise
Dr. John McCarthy, a professor of philosophy at the Catholic University of America, introduced the evening with an anecdote. When his young son first saw a crescent moon, his primordial wonder caused him to say, “Look dada, moon broken, get screwdriver, fix it!” It is this very wonder that is the beginning of scientific research. Wonder, according to McCarthy, is the conviction that this thing in nature “has something to do with me.” Bersanelli’s new book, From Galileo to Gell-Mann: The Wonder that Inspired the Greatest Scientists of All Time, co-authored with Mario Gargantini, is a chronicle of this childlike wonder active in the lives of history’s greatest scientists. The book’s first major quotation comes from Max Planck (after whom the spacecraft is named): “Those who have reached the stage of no longer being able to marvel at anything simply show that they have lost the art of reasoning and reflection.” The notion that a “subjective” experience (wonder) is actually at the root of scientific discovery is surprisingly common in the thought of Planck, Einstein, Feynman, Heisenberg, and others, not to mention Galileo and Gell-Mann.

Heller said with absolute reverence that “the mystery of existence is the same as the mystery of comprehensibility of the world. Something which would be fundamentally irrational could not be created, indeed could not exist, because God is rational.” Rationality, that is, the comprehensibility of a thing, is at the root of affirming that the thing “has something to do with me.” Why should mathematics, devised by the cosmically infinitesimal human mind, have anything to do with the furthest galaxies, much less the origins of the universe itself? And, as Heller quoted from Leibniz: “Why is there something rather than nothing? After all, nothing is simpler and easier than something.” This second question of Leibniz’s is frequently thrown into the realm of the “irrational” today.

But Heller related that St. Augustine, attempting to answer it many centuries earlier (thoroughly aided by the light of divine revelation) came to the conclusion that time itself was a created phenomenon, and that that creation didn’t occur “in time” but “with the beginning of time.”

And this is precisely how general relativity has come to understand the universe’s beginning–that both time and expanding space really did begin at the start, and had little meaning beforehand. (Just as time and space seem to have no meaning at a singularity in the center of a black hole.) This is not to say that St. Augustine was making an empirical prediction, but rather that by plumbing the depths of the question, “Why does the universe exist?” he turned out to be looking at the same universe that others, many centuries later, sought to understand through the mathematical language of general relativity! Heller also showed a picture of the Very Large Array of radio telescopes in Socorro, New Mexico, and poetically remarked that the radio dishes were “personally interested in the information they gather from the universe.” He went on to say, “Even in the smallest successes of science there is always a promise of something bigger, of some ultimate explanation. Our longing for an ultimate explanation is connected with very ambitious profound questions… how, when, and why the universe came into being.” That is, whether we admit it or not, the initial impact of wonder, the wonder suggesting that whatever made the crescent moon exist made me exist too–is the very wonder that seeks understanding of nature.

Beyond the Imaginable
In Bersanelli’s presentation, he affirmed that wonder is the beginning of scientific discovery, this time from the perspective of an adventurous observer (his adventures having taken him as far as Antarctica, in order to explore the early universe through its cloudless skies). He said that the type of wonder that motivates research is not “just an emotion, but the wonder that goes into a knowledge process. Normally, we think of science as that way of understanding reality such that the more it progresses, the more the wonder is taken away, because we have the explanation… but with more knowledge, comes deeper, more wonderful mysteries! When you understand something, it’s the greatest wonder you can have.” How often we see this prejudice in popular culture. Even in E.T., we see the scientists’ coldness pitted against a child’s wonder. How many screenwriters have actually met a scientist? “Building an instrument is just like asking a question,” he remarked. “You have to ask a good question to get a good answer! Observation is far from an obvious activity.” The very act of setting up an experiment or making a controlled observation requires openness to a reality beyond what we’ve already imagined. As Bersanelli quoted from Dante: “Because in drawing near to its desire / Our intellect engulfs itself so far / That after it the memory cannot go.” (Paradiso 1:7-9) He went on to dazzle the audience with the recent sky maps from the Planck satellite, showing impressively sharp images of the tiny, imperceptible ripples in the microwave radiation that Bersanelli’s colleague, George Smoot, first discovered jointly with John Mather (which won the two the Nobel Prize in physics). These ripples are the first seeds of distinct structure after the Big Bang, the descendents of which would eventually collapse into galaxies.

Nostalgia and Conviction
In Bersanelli’s eyes, nature is not passive–in fact, every discovery is an active “answer” from nature. “You can’t stop the truth,” he remarked to me shortly before the presentations began. Following the outline of From Galileo to Gell-Mann, he described the journey of discovery as having four prominent signposts: wonder, observation, discovery, and purpose. He then looked at the ensemble of scientists’ views on this last point. The most succinct was the physicist Stephen Weinberg’s well-known statement, “The more the universe seems comprehensible, the more it also seems pointless.” What is less well-known, Bersanelli pointed out, is Weinberg’s reponse to the astronomer Gerard De Vaucouleurs’s remark, “nostalgic for a world in which the heavens declared the glory of God.” He continued, “Even in a thoughtfully pessimistic position is a nostalgia that doesn’t go away… in the position of scientists who are Christian believers, you can see very profoundly how they identify their work as praise, as a conscious praise, as a way of praising the Creator. This is a peculiarly interesting way of conceiving scientific work.”

The question session was no less fascinating. McCarthy asked about individual scientists who didn’t take the broader questions suggested by their wonder seriously. Wouldn’t this result in some sort of negative impact on their research, if in fact wonder is an integral part of discovery? To this, Bersanelli responded with an analogy from human family life, that you can have a baby but be a terrible father. In other words, the wonder engendered by discovery can suffer if not nourished – freedom is intimately involved in the process of seeking meaning. (As Cardinal Newman remarked, the Truth remains hidden when not sought after.) “Biological evolution is but a fiber of cosmic evolution,” Heller said to another questioner who asked what the evolution of life and the cosmic evolution have to do with one another. “[We] are composed of carbon atoms. To produce carbon, we need many generations of stars. Heavier elements are synthesized in the interiors of hot stars.” The two went on to answer questions about black holes, the expanding universe, and how long it took to develop the Plank spacecraft (answer: seventeen years!).

John McCarthy closed the event by remarking that the two scientists are animated by the conviction that there’s a point to nature, which can hopefully make everyone, specialist or not, more attentive to the world around us. As the evening closed, and the book signings began, I was personally struck by the light-heartedness and the friendship vibrating throughout the room. Most present weren’t scientists, and yet it was impossible to not feel everyone united by the same desire the cosmos had awakened in them.