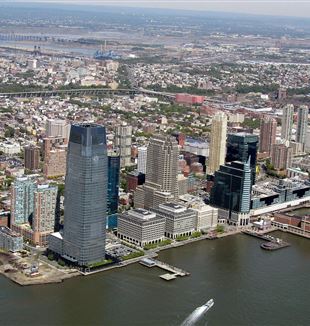 Dr. Elvira Parravicini, a neonatologist from Columbia University, was the principle organizer for the MedConference event, entitled, “Why do we take care of others? A proposal,” which hosted more than 100 healthcare professionals. She was very clear in identifying the origin of the MedConference initiative among her group of friends: an experience of Christ in the present, catalyzed by a friendship with Msgr. Luigi Giussani in the Communion and Liberation Movement, which brought them together to share what such an experience of hope and joy in life could bring to the medical profession.

Parravicini began the conference with frankness, saying, pointing to Chagall’s painting, “The figure of Icarus represents the nature of the human being, which is the desire to last forever while having, nonetheless, inexorable limitations. The nature of man is desire, yet suffering and sickness are unavoidable and ultimately are the premonition of death.”   Dr. Parravicini continued, now pointing to the townspeople poised with compassion to catch the falling Icarus, “In history, care for the sick came about in the same way, through people moved with compassion and willingness to share the same limitations and the same desire.”

Elvira Parravicini called us to solidarity, challenging us to help one another on this path. The structure of the conference was for the speakers to share their clinical experiences as witnesses to moments of beauty in the midst of illness and suffering.  The conference opened with a piano concert by musician Christopher Vath entitled, “An Unexpected Beauty within Sorrow”–focusing on a sonata by Schubert but including works of Ravel and Bach.   Parravicini introduced Vath, stating, “Listening to the drama of music makes us perceive better the depth of what we are as human beings and makes us more familiar with a level of ourselves that is very often ignored.” Three main points emerged during the conference in response to the question: Why do we take care of others?

A Human Problem
The first point was that the heart–the desire for happiness–of the provider and that of the patient are the same, as evidenced by several interventions provoked by the keynote address of Dr. Giancarlo Cesana (of the University of Milan), entitled, “Hope and Care.”  Sabrina, a resident, said that she is only able to see her patients in short periods of time and is not able to accompany them throughout their treatment–how can she practice in such a fragmented system?  Cesana responded that it is problematic when we break up the personality into smaller and smaller pieces; “the personality is not a mosaic but a unity.”  Cesana asserted, “This is not a technical problem but a human problem.” Unity can be restored if we, as healthcare providers, are a reference point for the patient by first becoming human beings ourselves.  A human being is someone interested in meaning. “Doctors are not veterinarians,” said Cesana. “They are concerned with [human] beings, who search for the meaning of their suffering, the nexus of their life with destiny.”  Technical competence is not enough to take care of the sick.

Dr. Edmund Pellegrino of Georgetown University (and Chairman of the President’s Council on Bioethics) addressed some 25 medical and nursing students, emphasizing the relationship between caregiver and patient as a covenant, not a contract–patients are of an unequal and vulnerable status. Regina Kasun, a nurse and breast cancer survivor, described her path to tenderness for herself through her own illness, recognizing that in order to have tenderness for others, we must first have tenderness for ourselves.

In the Face of Reality
The second point: In order to find this meaning for ourselves and for our patients, to understand our destiny, we must follow reality. Parravicini described how she learns from her patients and their families, like in the case of “Minnie.” Born prematurely and hospitalized for six months, Minnie’s parents were getting frustrated because they could not take her home due to apnea and irregular breathing.  Parravicini challenged the parents, asking them to think of the meaning behind Minnie’s prolonged hospital stay.  She asked them, “Is your daughter teaching you something?”  At discharge time, Minnie’s parents said they knew why Minnie had to stay in the hospital all those days: they, as parents, needed time to understand that everything is given.

Dr. Daniel Sulmasy of the University of Chicago, a Franciscan friar, emphasized that “freedom and reality come before ethics.” Sulmasy explained, “As human beings, we dispose of our freedom in the face of reality, shaping that reality, changing that reality, for the better or the worse.”  He discussed the parable of the Samaritan, stating that the Priest and the Levite passed by the injured man on the side of the road because “they were probably living their own private pseudo-realities that prevented them from hearing the desperate cry of the real.”

Pierre Mertens (President of the International Federation for Spina Bifida and Hydrocephalus) also documented a reductive view of reality toward his newborn daughter with spina bifida. The doctors recommended death of the newborn child by starvation. Ignoring this advice, Pierre welcomed his beautiful and happy daughter, Liesje, who lived 11 years. She was a consolation to him and others “because she never ran away…she stayed.”  In the drama of reality, we tend to run away. Instead, we should emulate the example of Liesje and her family and follow reality.

Following the provocations given by reality, we can become better healthcare professionals. Dr. Marc Beauchamp of the Université de Montreal explained how his attitude of attention toward the patients’ disabilities and the understanding of their global situation (medical, personal, social) led him to develop a groundbreaking new local anaesthesia technique for surgical procedure. Dr. Beauchamp made this discovery because he allowed himself to be moved by his patient–and this attitude generated a creativity that didn’t exist before.  He attributes his enlightened approach to the whole being and the subsequent medical breakthrough to his own openness to Christ and His signs and urgings, which Beauchamp learned through his involvement with CL and Msgr. Luigi Giussani. Giussani’s entire approach to life was one of total embrace, risks and all.

A Shared Friendship
Finally, the third point underlined that in order to be sustained in our care for others, we need to have a shared friendship among us. Dr. Mark Basik and Carole Séguin, RN, of the Jewish General Hospital in Montreal, testified to their shared friendship, speaking of how it evolved out of a mutual desire to provide the best care for their patients. The marked success of their interdisciplinary breast cancer team was achieved by the recognition that “the team is a family… the glue that holds us together.” Dr. Filippo Ciantia, a missionary doctor who deals with the AIDS epidemic in Uganda, also attributes the reduction of AIDS prevalence to having “the person at the center” in a companionship. Dr. Ciantia’s presentation showed slide after slide of individuals (“friends”) who accompanied him on his journey.  He commented on the “waves” that came out of the AIDS epidemic: “the sick people, the deaths, the orphaned children.” However, “the greatest tsunami is the wave of solidarity.” Ciantia asserted, “Nobody could find energy or adequate reasons for a change or for hope, without the presence of friends and the support of others.”

Giancarlo Cesana concluded his keynote address with a plea taken from an address to nurses given by Fr. Giussani in 1985:  “It’s only a communion, a lived affection among you who are in the same working environment, that can sustain the generosity of your heart and of your commitment, with a capacity for faithfulness that does not depend on the recognition of your patients, or on the environment, or on your personal status…. If you don’t stay together, not even faith, not even the Christian sense of life, can keep you faithful in your generosity.”