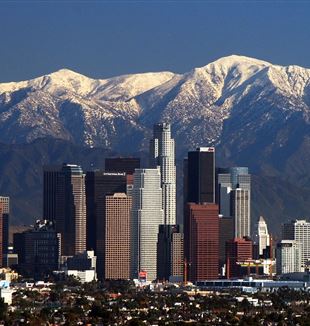 Los Angeles. In the offices of the Disney movie department, the air is heavy. It’s official: the company has decided to shed 300 jobs. Guido is at his desk waiting for his turn to be called by the boss. He is sure that he is on the list to go because he is the last to have arrived. He has been working for Disney for four years, but he has been working in this section for only six months, and only those six months count. At the end of the day, his boss calls him; he is the last. “I’m sorry, Piccarolo, I’m really sorry…,” and his eyes are wet. “I’m sorry, too. Not only do I have to find another job. For me, my work is the expression of what I love most, and here this was possible.” “It could be seen. Working with you was different. That is why I have managed to keep you on for another year [instead of the usual two weeks] and I’d like to give you a hand in finding another job.” The personnel manager, present at the interview, is astonished–nothing of this kind ever happens; at most, there are one or two tears, an expletive, and negotiation about the weeks to be paid. The logic of profit, of power, is unhinged. Another factor has come into play: affection for reality, for the other person, the echo of a greater Love that has embraced you and that changes relationships astonishingly. “It has always been this way for me, since 1994, when I graduated in Economics and Commerce and, at the suggestion of Memores Domini leader Carlo Wolfsgruber, left for New York, where Fr. Marino had asked for the opening of a house of the Memores Domini [the association composed of people of CL who follow a vocation of total dedication to God while living in the world]. I knew nothing, not even the English language. I said ‘yes’ to a look of love towards me.” He told me this at La Thuile, during the CL International Assembly, where we met again after 15 years. As he was speaking, I saw that he had a purer, more likeable look about him.

Behind the Circumstances
Guido spent two years living with Fr. Marino, and then he got a job in a telecommunications firm “with younger colleagues who bossed you around. But life passed through there, and through the photocopies I had to make, sometimes all day long,” he remembers. After six months, the director called him: “I need a man I can trust in Los Angeles. I’ve seen how you work, I believe in you, but here you have no future. Do you want to go?” There was nothing in Los Angeles: no community, no Memores Domini house. Giudo wrote to Fr. Giussani, asking to go for two reasons: 1) The chance to learn a job; 2) to take along the beauty of the experience he was living. After a few days, the answer came through Giorgio Vittadini: “This is something great. Fr. Giussani thanks you. There will soon be a Memores Domini house.” Every weekend for a month, accompanied by Salvatore, he flew to Los Angeles to look for a house and to find out about the job. Then he set off. The first three months he was alone. “In that period, I always asked for the companionship of Christ for my life, and the simple fact of asking for it means you are not alone. It was not an expectation that blocked life. One day after another proved to be rich with occasions to be beside Him.” It is a new way of approaching reality that can be seen–on the job, in the parish that Guido begins to attend, in everyday relationships. After three months, Carlo came to live with Guido for eight months, to write his thesis, and then Mauro came to stay indefinitely. So Fr. Giussani was right: the Memores house was founded. After one year, Guido changed his job so as to stay in Los Angeles. He worked in a firm that was expanding frenetically. He worked twelve hours a day, including Saturday and Sunday. How did he survive it? He laughs. “It’s not a question of survival, but of living seriously. I never thought, “What interests me is outside; it’s a pity I have so little time to spare.” Being there was total. So, in the evening, when it got late, I would go to get food for everybody, to take my break while talking. And someone would ask about your friends, what you do at home, or what you think of the poor in the Third World, and you answer… that you do charity work Sundays with some kids; you speak of what’s dearest to you. Then you invite him home to eat Italian.” In this way, unexpected relationships sprang up, and this is how the community in Los Angeles was born–without inventing anything, without making speeches.

This was the case with Jennifer. Mauro got to know her at a wedding and he invited her home for lunch. She told him of her difficult situation, being divorced with two children. They offered her company. When he can, Guido crosses the city to help the children with their schoolwork. They invited her to School of Community, but who would stay at home with the kids? She can’t afford a babysitter. They take turns babysitting so that she can go. When the problem of changing schools comes up, and Jennifer cannot afford it, Guido called his friends in the Fraternity in Italy, asking if they could help out. Now there is a bridge linking Milan and Los Angeles. Jennifer writes to Laura, telling her about her children, the School of Community, the difficulties in her job… about her life. Why would you do all this, if not out of recognition of a Presence that touches life’s circumstances? And it changes life. This is also the case with Brenda, whom Mauro got to know at work and invited to School of Community. “She is an astrophysicist who struck our friend Marco Bersanelli in Liege, Belgium, because of the way she approached her work.” [See Traces, Vol. 10, No. 7 (September) 2008.] The parish priest, Fr. Roddy, in contrast, was rather doubtful about these Italians. One day, they threw him an invitation: “Why don’t you come on vacation with us?” He has been with us ever since because, “at the age of 70, the encounter with the Movement helped me rediscover the origin of my vocation.” Then, there is Nancy. “I met her at Disney,” Guido tells us. Another change of job? “In Italy, you are not accustomed to it, but in America this turnover is quite normal. In the case of my firm, they went bankrupt.” Nancy was a Protestant. She and Guido became friends, and after three years she came to a gesture of the Movement, the charitable work. After another year, she attended the School of Community for the first time. Last April, she became a Catholic. “In the past, I thought I was the author of my destiny, but now I live rooted in an Other,” she commented, some days later.

From Bonfires to Surfing
It was the pastor of San Sebastian Parish who invited Claudia. She is from El Salvador, and she escaped from there during the ’80s because of the civil war. “There is a group of Italians who get together every Wednesday; why don’t you go to meet them?” Along with her husband, Edwino, she came one Wednesday. These Italians are different: they use words like Mystery, reason, Fr. Giussani. These new friends from El Salvador have never left us since: “It was impossible to stay away. The desire to come back to them was to come back to that Presence that was beginning to reveal itself in our lives,” Claudia wrote.

After a few years, there are now two houses of Memores Domini and the encounters have multiplied–with Beth, Paul, Christine, and many others, people you meet at a party, at work, or in a thousand other circumstances of life. “You invite them to eat, to your home, to a bonfire on the beach, or to go surfing. Los Angeles is the city of the ephemeral, of appearances. You can either stop short at a moralistic contempt or you can embrace these appearances in an encounter. Then, since we have the finest beaches in the world, why shouldn’t we enjoy them?” Right you are, Guido!

How did things turn out at Disney? “I quit.” And now? “That is another adventure.” He laughs and even his eyes are smiling–as if embracing the world.