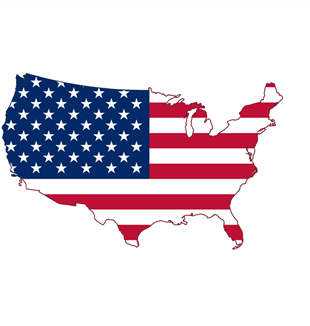 From the days of high school, and later, in the university, “followed” first by Fr. Scola and then by Fr. Giussani, I was educated to take seriously, that is, to love life and my work (in another period, this would have been called vocation…). So, about twenty-five years ago, when I had the opportunity to go work in the United States, I came to a decision above all based on a passion for my profession as a research physician. Certainly, in order not to be individualistic, such a choice had to be discussed with those who had my growth at heart, considering the human and professional aspects together. So, my wife Cristina and I (we were in the early years of our marriage, with a newborn daughter and a son on the way) went to talk with Fr. Giussani, and then with my brother Edo and our doctor friends (Pier Alberto, Giancarlo, and Costantino). Notwithstanding our worries, not one of them (surprisingly, but then again, not really) told us not to go. Others, though, said that we didn’t have anyone in the States, and that we would be alone and without help, in a difficult and complicated world. Perhaps the indication to be adults, that is, to grow in your profession, is just a modern version of the parable of the talents, in which what you have been given must be put to use, because, in the final analysis, it isn’t just yours.

Genuine interest
So, in 1980, we departed for America, with a good bit of trepidation, and maybe of recklessness, but with the desire to verify the value of what we’d encountered in a difficult situation that would be less comfortable than what we were leaving in Italy (where we were surrounded by relatives and friends), but which would be fascinating in its difference. I remember well when Fr. Giussani, on one of his visits to New York, told me that the true challenge of our experience would be from the consumer society, not from Marxism, which by then was dying (and he said this in the era of rampant left-wing terrorism in Italy, years before the fall of the Berlin Wall!).

I also remember very well his curiosity, the genuine and almost adolescent curiosity in certain aspects of a society that was less encrusted with prejudices, and his attention in personally meeting and sincerely listening to those who had something original to say about this society. My wife and I are still moved when we remember how, at the end of a very hard day, before leaving for another long flight, Fr. Giussani still had enough energy and desire to play with our children in the hell-pit of the New York airport.

In the professional field
I believe that this approach helped me a great deal, and in my profession as well. It was like an invitation to go deep, to the bottom of things, without thinking that I have all the solutions a priori, but with the consciousness that you grow, and thus you learn, only in the encounter, in listening and in studying in-depth concrete, real experiences, rather than theories. This is the education that the Movement gave and, believe me, still continues to give us: an education that opens our eyes and enables us to have true encounters.

In my work, this can mean being able to recognize this positivity also in the medical and scientific field: understanding and judging the value of certain discoveries, wherever they come from, not worrying about the poverty of human content characterizing so many scientists; studying a new drug well, so you can learn to use it in the best way; concerning yourself with the patients who participate in the clinical trials, ensuring that they are treated with the attention, respect, and dignity they deserve; and teaching younger colleagues that knowledge must be communicated (that is, shared) and not used as an instrument of power.

Positive unity
Building a positive unity can also mean putting together ministerial bureaucrats, university researchers, patient associations, and support groups, as well as pharmaceutical industry representatives, so each can better understand and enhance the contribution of his own experience and his own capabilities, without prejudices and moralism, for the common good of therapeutic development. All this should be done without the presumption of having all the answers at your fingertips, or the ability to resolve all the problems by yourself, which can be quite a sacrifice for certain prima donnas of science.

If someone like Fr. Giussani could say that at the beginning he didn’t intend to found anything, I too can say I didn’t start out with the idea of discovering or conquering anything, but just to be faithful to being fully a man.