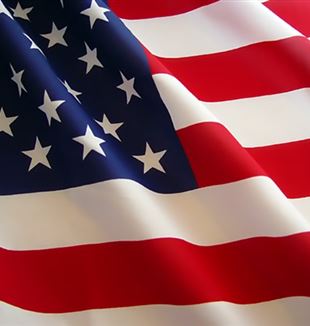 Liberty and Slavery
Law and politics in American society was explicitly founded on the declaration that our republic exists to “establish justice ... promote the general welfare, and secure the blessings of liberty.” Yet, throughout our history, massive injustices have been realized in the name of both the “general welfare” and “liberty.” Consider the arguments that were used to defend slavery and the capture of escaped slaves in the nineteenth century. Many justified the institution of slavery by arguing that it was necessary in order to uphold the possibility of culture, education, and civilized society for the “master class.” Others personally opposed to slavery nevertheless favored the enforcement of fugitive slave laws, believing that without a commitment to the institution of law all social order would become anarchic. Then, such arguments about the “general welfare”–or, better, the common good–of society were used to justify a dehumanizing deprivation of freedom of many men and women within it.

A Modern Day Example
Today, instead, take abortion, which is often supported with assertions that the full realization of women’s freedom in society requires a right to end the life of the unborn, or with the affirmation that abortion is necessary in order to minimize the social ills of unwanted children and of poverty. Here, the common good is aligned with a certain idea of liberty, but again the result is a serious failure of justice toward a whole segment of the human family.

The Common Good
A more complete understanding of the common good reveals at least two problems shared by both the historical example and the current one. First, the common good involves the good of each person in society; it cannot be the aggregation of a “collective interest” that considers the good of some number of individuals to outweigh the good of others. Second, the common good consists in the conditions that permit each of those persons, in community with others, to reach for themselves their fulfillment, to develop “the human vocation”(to use the Catechism’s beautiful phrase). So, the “blessings of liberty” are a part of the common good exactly so that each of us, acting together with others in the communities that together give life to our society as a whole, can be free to develop a life “founded on truth, built up in justice, and animated by love”(again, using the language of the Catechism).

Humanity, Not Efficiency
Two difficult issues in contemporary law and politics illustrate the differences between a more fully human notion of the common good and its distortions. Consider first the needs of the sick, the elderly, and the disabled. Does the “general welfare” of our society favor an inefficient allocation of finite resources to their care? Perhaps not. But a regard for the common good does demand of us a responsibility for the life and well-being of every person, and teaches us that our own good is inseparable from a life lived in solidarity with others. In other words, the good of each person, including ourselves, is stunted to the extent that any one is excluded from the totality of conditions permitting that person to realize fully his or her destiny in life. A second instance involves the debate over the role of the state in the education of future generations. One understanding of the “common good” could be asserted to require a very rigid and totalizing state control over schools in order to ensure the common formation of virtuous, civic-minded citizens. But a more adequate awareness of the nature of the common good teaches us to see education as fundamentally oriented toward realizing the fullness of the human person in freedom, through an introduction to the truth and in community with others. Thus, the state’s rightful responsibility for the common good should encourage rather than obstruct the spontaneous initiatives of civil society with regard to the formation of the young, including through public support of private schools.

Pointing to a Mystery
The common good does not give us formulas for how to love the dying or how to guide our children. By referring always to the good of persons, a concrete human good in all its dimensions, the common good, in the end, points us toward a mystery, toward something as inexhaustible as the destiny of humanity. That is what ultimately makes a commitment to the common good a drama of freedom and not merely an ideological project.