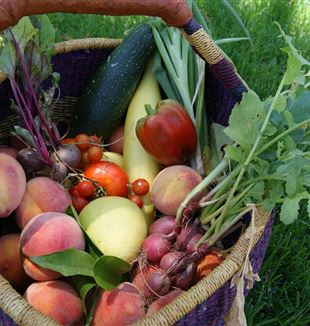 From the first encounter, Jay and I were deeply provoked by Mark and Louise Zwick, the Catholic Workers of Casa Juan Diego in Houston.

Over time, we spent hours at their house, volunteering in different capacities–sorting the mountains of clothes received, putting labels on their mailings, and building fences. For all of our CL friends, this soon became our regular charitable work. We took on the care of this house in East Houston (filled with immigrant women and lots of children), mowing the grass, rewiring the building, repairing the plumbing, and putting locks on their doors. Ed Hickl and Super John even built a staircase that was safe for the children to climb to the apartment behind the house. All of this took so much time that, in the end, we became an unreliable bunch. Many of our families had small children with husbands often traveling for business. Even getting there was difficult. There were needs that we just could not manage. Around the same time, Father Bernard Mahoney, who helps our parish, was looking for someone to help him in working in the garden at Casa Juan Diego, which had been neglected.

Tomatoes, green beans...
Father Berny and I approached Marc and Louise about the project. They were open to the idea and offered money to help us start the garden. Many businesses in the area donated seeds and dirt and, together with the youth group from St Rose, we established the garden. We would get even our Italian friends up at 7:30 am on Saturday mornings (gardening at 11 am in June in Houston is impossible). Tomatoes, green beans, and cucumbers multiplied in the garden, and our compost pile grew and was the most impressive feature of our work. Father Berny soon forgave Paolo for breaking the chipper/shredder…

Our little garden was able to feed the disabled men’s house and the main women’s house. Because of the experience of working with us, and the beauty and the benefits of the garden, Katharyn and Rebecca, two visiting Catholic Workers, started a garden at the main house three times bigger than the garden we tended. Our friends once again were there to prepare the beds, wheel barrowing dirt and mulching for four long beds. This was not easy work.

Father Berny and I visited the house in late August after taking the summer off (getting anything to grow during the hot Houston summer is a miracle!). We found a beautiful flourishing garden. We asked who had taken over after Katharyn and Rebecca moved on from the Casa, and were told by Shawn (a Catholic Worker and a member of the Movement from Oklahoma) that Jimmy, an agronomy major, was at the house. In the near future, our first garden will turn into a fruit garden with citrus, papaya…

Together with Catholic Workers
I asked Marc what his plans for the garden entailed. He said, in true Catholic Worker fashion, “We live our lives day by day.”

Marc and Louise have dedicated their lives to the care of the undocumented, people whom most agencies, shelters, and food pantries will not accept. As Catholic Workers, they are lay people who take the vows of hospitality, poverty, positivism, and personalism. In the Houston house, they have added prayer because, in Marc’s words, “If you don’t pray, you die.”

“ Hospitality” is the part of their vows that is most visible to outsiders. Marc told us that, in the beginning, they were welcoming mostly people from Honduras. The country was torn apart by war. When the Casa was closed due to plumbing problems, this made the national news in Honduras. Now, their hospitality is to the “physically destroyed”–those who are undocumented, homeless, and hopeless because they cannot work since they are dying from AIDS or have been paralyzed on the job, or shot in robberies.

The garden has certainly affected the lives of the people there, and not only because of the constant flow of fresh vegetables on their table. The garden saves the house money! Marc and Louise have decided to pay the women/guests who work in the garden $7.00 per hour, putting it into saving accounts. When they leave the house, they have cash to begin their lives.

A meaningful work
This leads us to “personalism,” another Catholic Workers’ vow. By allowing the women to work and earn a living wage, they are giving them the opportunity to take care of themselves and to grow in dignity through meaningful work. These women are no longer relying on Marc and Louise or on the government, but on their own skills and labor.

Marc had heard of CL as a movement of lay people and read some of Giussani’s writings. David Schindler, a mentor of Marc and Louise, also introduced them to Msgr Albacete. Then they met the Houston CL community. As Marc puts it, “Our lives are filled with links.”

We asked him what about CL strikes him the most. He responded by saying that the fact that our community is alive, well, and growing is a sign of something bigger. He is impressed with Fr Giussani’s fresh approach to the faith, and he has hope for the continuation of our faith because our Movement addresses the young. Marc likes the way that the Movement is able to relate the faith to our daily lives through a profound experience rather than simple morality. In his words, “There is more to life than just avoiding evil and doing good. True faith is a life-long growth process.”