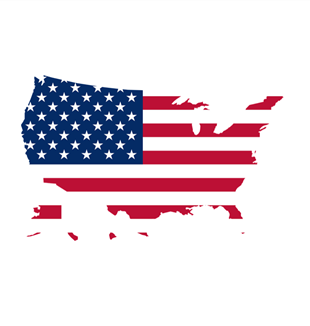 From the CL office in the middle of New York City, every month, Traces goes out to the bishops in North America as well. It circulates throughout the United States and generates a people: in the Midwest, in Nebraska, in Indiana… In Italian universities, so often just the acronym “CL” is enough to open the cages of prejudice. Our friend Riro says that America is like an adolescent in search of something. “The land of freedom,” the place where the police cannot stop you on the street (unless, of course, you have committed an infraction) because you are worth more than the state, as Albacete once said. But this is also the place where, if you go mountain climbing with 50 people not you get stuck with a $200 fine, because you were supposed to go up in groups of 15 at a distance of a mile from each other. It is the place where if you play the guitar and sing with your friends at 11 p.m. in a remote college in upstate New York, the police come driving up with lights flashing. “The land of freedom”: there is a great promise whose grouth is thwarted, and liberty gets lost in individualism. It may be almost inconceivable that you can move about in groups of more than 15; that more than 30 can sing together at night.

The kids who were at Lake Placid (in upstate New York) for the CLU vacation in the United States come from this America. Some of them grew up in New York, others in Oklahoma, others in California, Philadelphia, Maine, Chicago, Boston, Indiana… Together they form what they call the “melting pot”: a mixture of origins, races, and histories. Most of them live in difficult circumstances–from the neighborhoods where they live to the families in which they grew up, to the fact that they have to spend upwards from $20,000 a year to attend a university. There is not one of them who has not held a job by the age of 17 or even younger.

What to Offer Him
In brief, the United States reads Traces and the Movement is born. So I said, “I’ll read it too.” Seven hours of return trip on the airplane were enough to do it (in fact, there was time left over to watch the film and have a drop of Jack Daniel’s whiskey).

Giussani said to me recently that the only morality in front of Mystery is to give everything. I continue to ask myself what this means. And then I think about being told to offer it up and I ask: Offer what? Offer to God who has everything? God who is all in all? Offer Him what? The effort I put out when I don’t want to do something? What is God going to do with my efforts? My joy? My pain? The fact that things go well or badly? The only thing man can offer to God is his freedom because it is the only thing that God does not yet possess, having created us free. This is what I read in Traces that night, stated by that great custodian of the Catholic faith, Cardinal Joseph Ratzinger. And I believe that my last night there in Lake Placid, when we got together like all the other evenings with the kids who had been asked to share in the responsibility of leading the vacation–who were moved to tears (really) at what they had seen there during the vacation–I believe that that evening God was glad, the angels were glad, my mother and Enzo were glad when one of them, Rich, said he did not understand what was happening but that the only thing he could do was to kneel down and give thanks and ask, “Who are You?”

The Things that I See
“The things that I see got me laughin’ like a baby, got me cryin’ like a man.” Ray, rechristened “Magilla” by our friend Vitta, said, “Only today do I understand the meaning of that song. Until yesterday, for me the baby was the one who cried and the man was the one who had to laugh at life in order to be a man.” What I have seen and what has moved me is that Christ conquers the world, He vanquishes all the family problems and the nasty circumstances of life. I have seen that Christ has really saved them, also physically, even from the streets. Christ has saved me too and this is the truth of my life; every time I am with these friends, this is thrown in my face.

Recently, a professor asked me to go study and work in the United States, which would give me the chance also to participate actively in the life of the American CLU. I must say that after six years of medical school, somewhat tired of studying and everything else, I find myself enjoying what I am doing as never before. But if the chance to partecipate in the event, that physical event, that has changed the faces of my American friends comes through medicine, and the condition for staying there is to be good at it, then I want to study even more than ever.

However, I don’t feel this as a moral duty, but as something that I have rediscovered and that I like doing. It doesn’t seem to me that I am alienated if I am studying today for something that will happen tomorrow. And this is something new for me, because I have always studied for something that was supposed to come (a grade), but even when it went well and I achieved my goal, I was not always satisfied. Instead, in this case, even if the plan to go to America should fall through at some point, I am happy about what I am doing now. Fr Pino said to me, “The strength of a task does not lie so much in the fact that I will achieve something tomorrow, as in Who calls you to this task today.” Awareness of this makes the difference between the “I” and the “non-I,” as my father explained to us at the last CLU Leaders’ Meeting. For the American CLU kids, the newness is precisely this: that Jonathan is there with them, that he has become involved with them in everything from study to play, from preparation of the testimonies to the songs… It is the experience of a fatherhood, something that some of them are experiencing maybe for the first time in their lives.