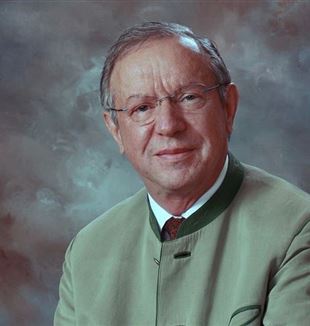 "The greatest gift I received was to be born. But encountering Fr. Giussani was an unexpected gift that continues to nourish me." Michael Waldstein was born in Salzburg, Austria, 67 years ago. He has spent most of his life in the United States, where he studied Philosophy and Sacred Scripture. He is one of the great experts on the Gospel of John and was among the experts in the Synods on the Eucharist and the Word of God convened by Benedict XVI, who appointed him a member of the Pontifical Academy of St. Thomas Aquinas. After teaching at Notre Dame, he now works as a biblical scholar at Franciscan University in Steubenville, Ohio. His encounter with Communion and Liberation dates back to the early 1980s, in Rome, where he landed to study at the Pontifical Biblical Institute.

How did it happen?
I was 27 years old. I was writing a doctoral thesis in Philosophy on beauty in the thought of Hans Urs von Balthasar. But in Dallas, where I was studying, there was no one who knew the subject well. So I wrote directly to Von Balthasar, who pointed me to two people who were in Rome: the current Cardinal Marc Ouellet and the Jesuit theologian Jacques Servais. The latter who took me to a mass in Santa Maria in Trastevere. He said, "I'll introduce you to a group of people who are close to Von Balthasar...". He took me to a Mass of the CL community. 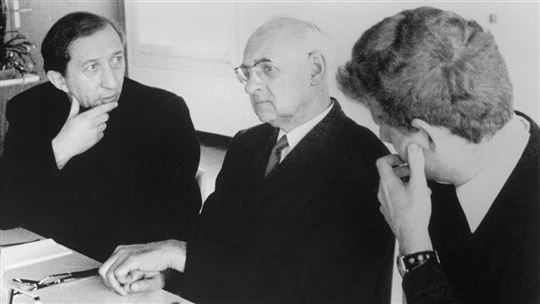 What did you see?
I was struck by the atmosphere, the very well-prepared celebration. The songs. The moving homily by Fr. Giacomo Tantardini. But it was what I saw afterwards, in the churchyard, that amazed me most: there were so many people of my age, young people. I had never seen anything like this before. There I met Massimo Borghesi, the philosopher, whom I became very close to. I asked myself what the origin of such a lively phenomenon of life was. I wanted to meet Fr. Giussani.

When did you meet him?
Borghesi took me almost immediately to meet him one time that he came to Rome. He made an incredible impression on me. He was not like so many intellectuals who often get lost in relatively interesting discourses. He was a living man. Just before I returned to the United States, I had the opportunity to talk to him and he told me that some young people from CL were coming to study in New York, Washington and Boston. I offered to help them find homes. When they arrived, we became friends and started doing School of Community together. I then got to know Giussani better when he came to the United States in person. Since I knew Italian, they asked me to be his interpreter.

How was that experience?
Wonderful. I would sit next to him, listen to him speak, and laugh in English at what he had just said. The impression I had the first time became more and more profound. I fell in love with him. I cannot use any other expression to describe what happened to me.

Then you went to Harvard.
Yes, a very challenging environment. Very hostile towards Catholicism. In the meantime, not only did I read the books proposed by the School of Community, but I also translated some of Fr. Giussani's texts. My friendship with people in the movement and his person helped me a lot. I had studied Christianity a lot, but the criterion for understanding - in Theology - is life. Jesus did not write anything: he gave life to a community of people who then spread throughout history. If we stop at studies, it is not easy to understand that this is the decisive aspect of the event of Christ.

You have devoted your studies above all to the Gospel of John.
Yes, at the Biblicum of Rome I was a student of Ignace de la Potterie, the great Belgian biblical scholar who was a guest at the Rimini Meeting several times. He was a great interpreter of the Gospel of John. But Giussani opened me up to an even different way of reading it. First there is the announcement of John the Baptist: "Behold the Lamb of God." A very mysterious expression. But then, as Giussani explains, there is Jesus himself who asks, "What do you want?" The starting point is the desire that was in the hearts of those people. Christ starts from there. And then there is their question: "Where are you staying?" The Greek verb mένειν (mènein) is very important in John. It also translates as "Where do you sleep?", "Where do you live?". And the apostle recounts that "they stayed with him that day, for it was about the tenth hour."

What struck you about what Giussani said?
It is like a couple that, after many years, remembers the precise moment of their first encounter. I remember very well the day I met my wife for the first time. The precision of memory shows the importance of an event for a person's life. Giussani's reading of the Gospel was decisive for me. It was new, even though all he was doing was revealing what was already in the text. But it was as if his approach allowed those words to become a life for me as well.

What do you think is the relevance of Giussani's thought?
If we look at the direction in which research funding is going in this historical moment, we realize that the natural sciences are dominating: physics, chemistry and medicine. It is a way of thinking that has its roots in Descartes and Bacon, where the desire for power over nature to improve human life dominates. From this perspective, the queen of the sciences is mechanics, which is a mathematical discipline. By nature, mathematics does not consider the good, beauty and desire. So the fact of nature becomes a neutral object, over which man exercises more and more power. It is like a screen on which desires, ideas of beauty and justice are projected, but in itself it has no meaning. Man himself has no nature of his own. He is a mechanical and chemical machine that has developed randomly without meaning. Meaning is projected on this screen and man's freedom consists in this projection.

How does Giussani fit in all of this?
He puts the emphasis on living life fully, "living the real intensely," because there is meaning in it. The good, the just and the beautiful are not outside of being, although the dominant thought suggests that they are subjective. Today, in the midst of a pandemic, the power of the approach of the natural sciences seems to have weakened. Medicine, which has achieved glorious achievements, seems no longer sufficient to provide answers. Yes, there are vaccines, which are a stupendous invention, and an important achievement of our power over nature. But at the same time we have seen the insufficiency of scientific achievements. We feel powerless and this is a feeling that, for many, is paralyzing. For Giussani, however, life can always be lived fully and joyfully, because Christ is the true savior of the world. Even within the feeling of powerlessness, the Christian knows that redemption exists; through the cross, but it exists.

This is a different way of using reason.
To live reality fully is reasonable. Even conceiving rightly what reason is depends on the experience of the Christ event. Reason is total, full openness, without preconceived limitations. Scientific reduction is one such preconception. In the American philosophical debate there is often much talk of the "watchmaker's argument," which says that if we conceive the world as a clock then we cannot but believe that there is a designer, that is, God who has conceived it. From a strictly scientific point of view it does not hold because if we explain the mechanism that regulates the functioning of bodies down to the level of subatomic particles, there is no need to postulate a "designer". Physics does not need a watchmaker. However, if we think about a real clock, it would be curious not to think about the existence of someone who designed and built it. It would not be reasonable. The problem is not the rules of Physics, but the claim that they are enough to explain everything.

Benedict XVI would say that it is necessary to "broaden reason".
The success of science is wonderful, it is not negative at all. There is much truth in it too. But you cannot reduce everything to a mechanism. What amazes me in Giussani is the desire not to exclude anything. In Plato's The Republic, Socrates says that we call a philosopher, a lover of knowledge, one who welcomes all that there is. This approach is so important today for public discourse and education.
#100Testimonies