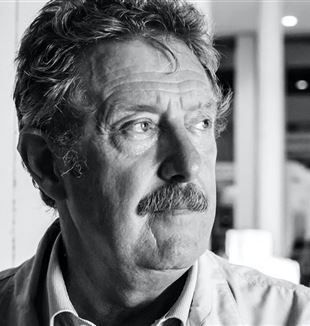 "The good that an adult does to a young person will remain forever. Every word, every gesture, every gaze descends into their heart and, when the time is right, it will come back up, generating unexpected fruits.” Silvio Cattarina has no other medicine than this certainty in order to care for the young people of L'Imprevisto, the therapeutic community in Pesaro that helps the recovery of minors with drug addiction problems. Cattarina, the community’s founder and manager, does not fail to deal with the ever-broadening dimensions of the struggles of young people. Like many, he uses harsh expressions to describe it: "unprecedented evil", "bleeding cry", "lacerated souls". But what prevails in him is what he has observed during these thirty years of working in the community, which is that "suffering is always an invitation to rise again, to redeem oneself, to love oneself". He was recently reminded of this by Alessia, a 17-year-old girl who had been broken by drugs for a long time and who upon leaving the community wanted to say to everyone: "It is as if we were called to suffer so much so that others might notice and change. We are called to sacrifice ourselves for the whole world. So that the world can be reborn." We met Cattarina to understand what happens in his communities and what allows him to keep going when faced with even the most destructive feelings of young people.

Your young people come from extreme, dangerous conditions. But you say that they reveal, in an exacerbated way, the major issues that all young people struggle with. What is the reason for their suffering?
Fear. The fear of young people today is that they do not deserve anything that life puts in front of them. They do not feel worthy of the abundance of good that they find within reality. They are afraid that they will not make it. They are afraid that the desire they have in their hearts is blind, that is, that it cannot see and encounter anything beyond itself. For this reason, they often shy away, and run away. They are like refugees from themselves. Evil was once the human against another human; now evil is of the human against their own heart. But, as Alessia said, this evil is still a cry. A cry for good, for salvation. 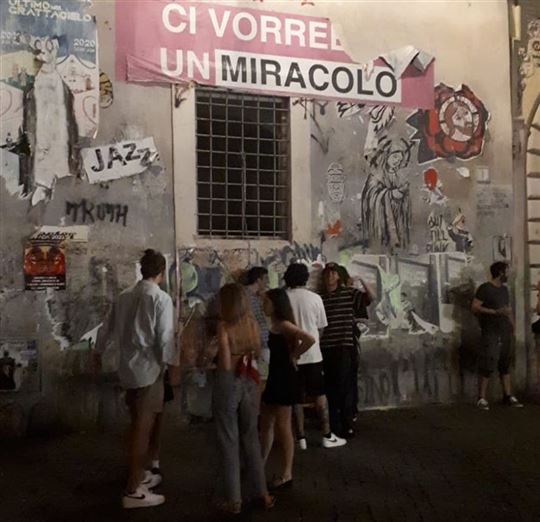 In addition to drug addiction, today's struggles have many faces: social isolation, self-harm, depression... are these also symptoms of that same fear?
From my perspective, I’d say yes. Young people feel bad because they think they need strength to live, but if they have to give themselves that strength, then they inevitably feel defeated. And they have to blame someone. Even if it’s themselves. We adults become decisive so that children can learn to cry out, that is, to look for the right person to cry out to who can respond to their needs. I remember my mother telling me when I was a child: "Silvio, what have you understood? You don't have to be good at a thousand things, good at everything. Life asks you to be good at only one thing: to have a big heart". Then she would add: "Because everything you desire will come thanks to that." She was a simple woman, would free me from my pressure to perform. She would put me at peace. Because life is not about succeeding, having the right gear and therefore, lately, power. Quite the contrary, when my mother would say that to me, I felt that I had the world in the palm of my hands.

How do you embrace this need today?
When I started working with young drug addicts, I melted like snow in the sun in front of their parents. They would bluntly say to me: "I knew it would end up like this", or: "We'll never get out of this". I rebelled against the inevitability that they assumed. Because the key to life is not evil, pain. The key to life is a goodness. I always say to the kids, "Even though it looks like everything has gone wrong, if you look carefully enough, the truth of who you are is not pain. Why did you come here? Because of goodness: because of your mom's tears, because of your dad's tenacity, because of the social worker who looked at me deeply." Goodness is greater, it's more. The problem is that we have now become accustomed to only seeing what’s bad. Being able to see goodness within the lives of the unfortunate is my greatest fortune, because it reminds me that if they can make it, we all can.

What are the steps that the young people at Imprevisto take?
When someone arrives in the community I can't wait to approach them and say, "Let's help each other, let’s be on the lookout to see if there is anything great on this earth that is waiting for you to arrive... You are the most precious thing in the whole universe." They look at me strangely, but it's a revolution in their minds because someone finally illuminates what they feel within, gives it a name and points out a path. We don't work much on the past, but rather on their desire for life. The objective of the two community meetings that we hold in the morning and in the afternoon is this: to understand, that is, to "keep within oneself", this desire for life.

You often say that big, even heroic, demands must be made of young people. What do you mean by that?
A young man from Naples, Pasquale, once said to us during one of these meetings: "I have understood what makes people suffer. It's having a girlfriend that you love so much and you don't know how to tell her. You can't tell her why. And if you can't tell her, you can't tell the world either". Finding the words. That's the real work young people need to do. And they find them when they find the why. Their requests are great: they want to love and be loved, but how can they do that if they don't know how to judge what they feel? I think that a lot must be asked of those who have suffered, I would dare say twice as much. Not to do so would be like not believing in them, misrecognizing the value that they are.

How does that translate into practice?
They have to treat themselves well, take care of things and environments, work well, study well. I flunked out in the eighth grade, and I started the school year with never-ending anger in my heart. On the first day of school I stood at the back of the class and I never looked up all morning. When my Italian teacher had finished her lesson, she said to me: "Cattarina, come with me along the corridor because I would like to say a few words to you.” Then, as I followed her, she said, "Don't think I don't know what's in the heart of a boy who has failed. You can always start over. I wish that you go through the school year following your heart's true desire. I will always keep an eye on you. Because I care about you." I returned to class already changed. The next day I sat in the front row, and she didn’t have to say anything to me again.

Are you ever afraid of your kids, their relapses, their mistakes?
My mom, early on in my job, would ask me, "Aren't you afraid to be around those kids?" I would answer, "Yes, I am. But if I'm with them, it passes." Because if we are in front of them in a true way, the fear goes away. Not even failures stop you from getting close to them again, from offering your help. When a 16-year-old boy who had killed his father arrived in the community, I said to an operator who asked me how he should welcome him, "If it were you, how would you like to be welcomed? Look at him, keep your eyes on him, but never take your eyes off yourself, off your heart." This is the only way to stop being afraid and to embrace even the most terrible situations.

Massimo Recalcati affirms that "the demand for a father, which today marks the distress affecting the younger generations, is not a demand for power of discipline, but for testimony." What does being a witness mean to you?
The young people often say to me: "How much you love us, Silvio!" But I immediately warn them and say: "Remember that you are not what interests me most. You are not the ones I love the most. Because I love life more, the destiny of my life. I want to be important for you, not because of how much I love you, but because of how I live, how I respond to what is asked of me." Thus what they gain in here cannot be attributed to my feelings, my liveliness, but will be something that is theirs.

Could this also become a path for the parents of the young people entering the community?
Of course. During meetings with them, we invite them to make the same journey that we workers must also make. We must do what we do, not for the children, but first and foremost for our own hearts. It is about seeking the beauty that each person needs. For many years, I made a mistake: I went back and focused on the children, on their particular needs. Then I realized that the truest, poorest, most in need of love, had to be me.

That's how you become credible in their eyes....
Even more than that. I realized this a few years ago, at the end of a meeting at the Rimini Meeting. After I had spoken, some young people gave their testimonies. Mariella Carlotti, who was moderating the dialogue, concluded: "The young people of Imprevisto speak with authority because they have a great teacher." Everyone thought she was referring to me. After a pause, however, she added: "Their teacher is their experience." Their lived experience is what allows them to speak like this, that makes them certain of what they live. And it makes them authoritative again.