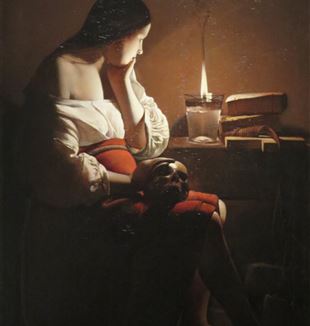 There is a great Italian psychiatrist who at the age of eighty-eight is still writing and publishing and receiving patients in his study on the first floor of a historical building in downtown Novara, overshadowed by the 121 meters of the San Gaudenzio bell tower. This is Eugenio Borgna, head physician emeritus of the Piedmontese city’s psychiatric hospital and tenure professor of nervous and mental illnesses at the University of Milan. He was born not far from Novara in 1930 in Borgomanero. As a young neurologist, he chose to work in the women’s department of Novara’s mental institution, thus sacrificing the promising academic career that, though being so young, he had within reach—he was offered a tenure position at only thirty-two. Today, with Einaudi and Feltrinelli, he publishes books that are surprisingly permeated by the awareness of the human. The titles are beautiful and filled with recurring pregnant words such as "frailty" ("La fragilitá che è in noi;" "Le passioni fragili"), and "hope" ("Responsabilitá e speranza;" "L’attesa e la speranza"). These sorts of words are like keys to the inner life of today’s man, which we aim to discover in this dialogue. We begin with a word that recurs three times: “wound” ("La nostalgia ferita;" "Le emozioni ferite;" "La dignitá ferita").

The wound. It’s so ostracized in common discourse. It scares us and horrifies us, and we would do anything to patch it up quickly. Instead, you use the term with sweetness and familiarity and this reminds me of two episodes where I heard the word spoken in a similar way. One time it was with Enzo Jannacci as he wished high school students to always have a wound and a caress, “the caress of the Nazarene…”
It’s a beautiful image. I, too, sometimes speak of the caress.

There was one other time with cardinal Ratzinger in 2005 in his homily at father Giussani’s funeral.
I was there.

Why is the term wound so important to you?
I am convinced that there are words that live, or survive, mostly when they have a musicality, a sound that marries very important symbolic qualities. Wound is one of those words. The wound is like the core of a parable that gathers to itself the bleeding wound, the gaping wound, the kind that does not patch up. And it’s the same parable of life, in its drama, in its failures, in its pain. It is a beautiful and at the same time painful word that is so open to change and salvation, to the risk of life.

Is being wounded, perceiving one’s woundedness, good or bad?
I will tell you this: without knowing, perceiving, imagining the wound as an opening to a human possibility, life tends to become mechanical, automatic.

You were also talking about the caress…
A younger colleague of mine, the great Bruno Caglioli of Rome, wrote about the caress in one of his articles saying that a mother bear will caress her cubs to give them life. This is how he interpreted that striking image … Did you know that’s what mother bears did?

Naturally, no.
The caress is the language of the body that turns itself to the person’s face. This indicates a strong responsibility toward the other. Wound and caress are also dimension of that uninterrupted stream that is the way to enter into relation with others, not just with our words, but with the body and the soul’s suffering—especially the soul—without which, I repeat, there is no knowledge.

You look at discomfort with an ultimate positivity. You also wrote about how you distrust healing which, according to you, is very different from care.
There are many symptoms considered pathological that should not be erased or “healed” because they are a resource for the patient. For example, hallucinations: they represent something that soothes and dulls loneliness. And bear in mind that people do die of loneliness. It is better to fight against the entire world than to be alone. These phantoms in some way substitute presences, paradoxically through representation, and the very Presence toward which our life is continuously turning.

Professor, if I am not mistaken, you were one of the very first, perhaps the first in Italy, to ban the restraining of patients.
In the early Sixties, thanks to director Morselli’s foresight and despite opposition by colleagues and labor unions in favor of patient restraints in the name of workers’ safety. I saw that in many nurses and nuns there were outbursts of life, sensibility, and human kindness on which we could rely. We even came so far as to let our patients leave the hospital for a few hours.

So, freedom is an element to valorize, to press, in relation to psychiatric patients as much as in educational relationships?
Certainly. It’s about tearing down those strong prejudices according to which folly warrants violence, negation of feeling, emotion, human kindness, freedom, and autonomy. This is not true at all. If I listen to my patient, if I dedicate him time and attention, try to understand the reasons behind his anxiety or his propensity for suicide, I am exercising care, I am loosening the pull to violence. Because aggression is triggered when the patient perceives indifference in the heart of the one who should instead be caring for him. Those who suffer much are sharper in their recognitions. Aeschylus would say that there is no knowledge without suffering. Folly is part of life. Folly and lack thereof somehow cohabitate within each one of us.

When you speak of human richness—I also noted that you frequently use the word kindness—what do you mean exactly?
I mean a greater willingness and capacity to struggle and look inside oneself, to look for what sentiments and emotions are born within us, in our depths. The homo faber gives no importance to this. He thinks that everything can be resolved through reason’s plans and calculations. But he is wrong. Today there is also talk of “emotional economy:” we understood that emotion is at play not only in the guy who wins a chess match but also in whoever is planning great industrial strategies. “Reason is never as effective as passion. Listen to the philosophers. We must make it so that man will move for reason as, or better, more than, for passion, actually that he will move solely for reason and duty. Nonsense … We cannot extinguish passion with reason, but we must turn reason into passion.” You know who said this? Leopardi.

Whom you love.
Yes. He wrote that in the Zibaldone.

Another element you place much emphasis on in the fragile man (not the presumptuous faber) is the word nostalgia. You also place it in conversation with hope.
I have tried to give the word nostalgia the weight of the recovery of accomplished gestures, of lived and then forgotten emotions. Now, only if I am in constant dialogue with who I was yesterday can I comprehend what is happening to me today and have hope in the future. When saint Augustine spoke of hope as memory for the future, he, in some way, gave the mark of dignity to the poor younger sister that is nostalgia. So, nostalgia is the path that places the past in contact with the future--which we do not yet know but which the past, lived and recovered, can help us perceive. It’s a path, as I was saying, that is mysterious and subterraneous: it’s only clearly visible to those whose eyes are filled with tears.

But where does hope rest in order not to be arbitrary or a gambling game?
It certainly does not rest on optimism: they are two opposite poles. Hope has before itself a future it does not know, while optimism faces a future it presumes to govern and control. Hope is free. Optimism is stuck in the image it has built for itself. The possible is constantly surpassing the real, going beyond a life centered only around the reasonability of our actions and behaviors. Additionally, hope is the essence of our faith, it’s the dimension of a life with an open future, unhindered by the results of calculators. Hope is also a social emotion: even if I don’t want to hope for myself, I have to hope and keep hope alive for all those who have lost it. I am thinking, for example, of all those poor migrants …

It’s hard to say “hope in a future I do not know” without thinking of the word mystery …
Mystery entirely surrounds hope. Mystery is not intended as enigma: this can be resolved. The mystery, no, I cannot rationalize or resolve it; it is and I perceive it, but I cannot measure it.

The journey into the depths of the human is, therefore, a journey toward the mystery?
It is a journey toward something I do not know yet. Certainly, the path to interiority is a key factor in life. Unless I want to reduce myself to someone who just does and undoes, encrusted into exteriority and indifference which—as I always say—is a psychological cancer.

You seem to be eulogizing human frailty. Nowadays, instead, we praise performance, the overachievements of the manager but also of the young kid in school or at the gym.
Emotion, frailty, and shyness are trampled and crushed in the demonic rhythm of this assembly line: performance is the devastation of the human. Frailty is not. Frailty is that sensibility that ultimately leads to caritas, to solidarity, and to sacrifice. Father Kolbe would not have given his life without this sensibility; he would have remained a good priest incapable of extreme sacrifice. Saint Paul says that the weaker I am, the stronger I am. Weakness, however, is a word that is much less musical than frailty.

You love the French writer Bernanos and you often cite his Dialogues of the Carmelites, especially where he says that all is Grace.
It’s true. All is mystery, and all is openness to salvation. Grace is like a lantern that lights our interior path.