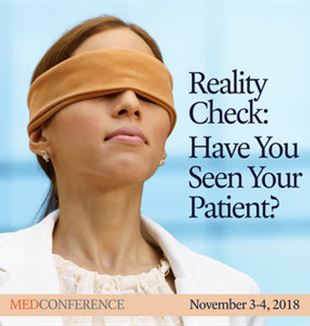 An Interview with Dr. Elvira Parravicini, founder and chief organizer of the MedConference, an annual conference for students and workers in the healthcare profession. The MedConference is in its tenth year.

Elvira Parravicini, MD, is a perinatologist/neonatologist, Director of the Neonatal Comfort Care Program, and Associate Professor of Pediatrics at Columbia University Medical Center.


What is the MedConference?
The MedConference is a medical conference open to doctors, nurses, social workers and anybody involved in medical care who has at heart the care of the patient from a human point of view.

How did the MedConference come about?
It’s a long story, but many years ago--more than ten years ago--I was surrounded by medical students who I encountered at my job and who were very challenged by the poor humanity they experienced in their own teachers, the doctors that they met at medical school or in the wards where they did internships. So, they would often come to me and ask, "How is it possible to be more human?" They would tell me that they got involved in the medical field because they wanted to help people, and yet, the people in the field were so mechanical in the way they worked. And so I started inviting some of these students to do internships with me, or I began talking with them, meeting with them in small groups and the like. Then at a certain point, since there were so many of them, some of whom lived far away from New York, I had the idea to meet with them on the weekend with other friends in the medical field who also had at heart the care for the patient as a person. Slowly, in time I spoke with one person, and then another, and through these dialogues was born the idea to organize a real medical conference where we could invite some speakers that we knew who were very human in their medical practice. Basically, that was the beginning. 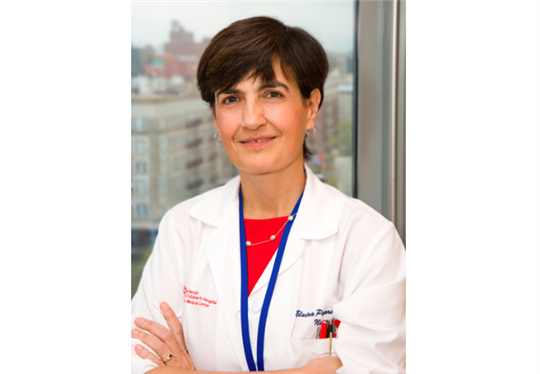 How is the MedConference different from other medical conferences?
It doesn’t focus on a specific subject, say, cardiology or rheumatology etc. Rather, we invite people from all medical disciplines, and healthcare workers also, involved in healthcare at any level. Not just doctors or nurses or even social workers, but anyone at any level who works in the field. We invite them to gather all together, as a team, and whatever discipline we are talking about, we invite the speakers to approach it from the perspective of humanity.

How do you plan and organize the MedConference?
The MedConference is organized during the year, between the end of one MedConference and the beginning of another. As we work and deal with our own jobs, we look around and we identify people; a doctor, a nurse, or someone in the medical field who is exemplary of showing this humanity in medicine. We contact this person and invite him or her to be a speaker at the MedConference. We have a group of people, a planning committee, that meet and decide together what will be the theme of each year’s conference. This group of people is made up of people throughout the United States and Canada, some in New York, some in Boston, Minnesota, Washington DC. We work together throughout the year, deciding on a theme, who to invite, the budget etc. One thing that is very important to us is making sure it is possible for students to attend for free or at least for a very minimal fee. The MedConference was really started for them. Education is at the heart of the MedConference mission and so we also try to raise money so our students can attend, so that any student involved in the medical field who wants to attend may come.

What is this year’s theme?
This year’s theme is about our ability to really see our patient. In fact, the title is, Reality Check: Have You Seen Your Patient? I really like the image that goes along with this year’s theme. You can see it on our website. It is the picture of a young doctor who is blindfolded. We are going to look at whether or not we “see” our patient, and we are going to approach it from all kinds of perspectives, starting from the most basic of do you physically see your patient and then moving on from there. Do you look at her lab tests? Do you try to understand the context she is coming from, her family situation, whether she is young or old, what expectations she has? We are going to take a look at this from all sorts of points of view. It is a very complex subject and an important one. From each perspective, there are many limitations. One speaker I am particularly excited to hear is Dr. Sarah Timmapuri. She is a cardiologist who works in New Jersey and I heard her talk at a conference in February. She is a cardiologist, but she is also the person who organizes with the IT people the electronic charts for patients. She will give a talk that discusses how the medical record, which is often considered a coffin for doctors, meaning we waste so much time making electronic records that it seems to be the death of us, instead, plays an important role in our quest to become compassionate human doctors. I thought this combination of two things that seem unrelated, our desire to be compassionate doctors, and the often unwelcome task of filling out electronic medical charts are linked. I am really interested to hear what she has to say in this respect.

Thank you, Dr. Elvi
No, thank you!