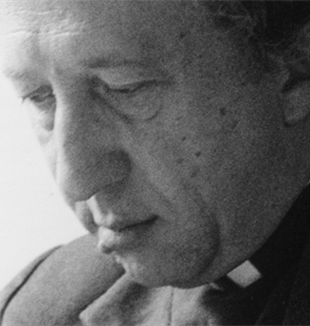 Though it’s hard to believe, today marks twelve years since the death of Monsignor Luigi Giussani, the founder of the global Catholic movement Communion and Liberation. The movement is now present in 90 countries, and although there’s no official membership list, scores of people around the world look to it for spiritual and intellectual formation.

If 20th century Catholicism had a Hall of Fame, Giussani would probably be a cinch for a first-ballot inductee.

His theological writings, including his famed “PerCorso” trilogy featuring The Religious Sense, influenced countless thinkers and leaders in the Church, including the future Pope Benedict XVI. Even more importantly, the movement he left behind became a Catholic powerhouse, nowhere more so than his native Italy.

Communion and Liberation has spawned several related groups: Memores Domini, a group of lay men and women consecrated to virginity; the Priestly Fraternity of St. Charles Borromeo, for diocesan priests formed in the spirit of Giussani; the Congregation of the Sisters of Charity of the Assumption; and the Fraternity of St. Joseph, a group of lay people who dedicate themselves to virginity and poverty, but who remain in their normal secular occupations and do not live in common.

I’ve never been able to figure out if this story is apocryphal, but legend has it that Giussani was once speaking with Hans Urs von Balthasar, the famed Swiss theologian, expressing admiration for Balthasar’s books. Supposedly, Balthasar – who tried his own hand at launching a movement, the Community of St. John which never really caught fire – replied, “Yes, I’ve written some things … but you have created a people!”

A sainthood cause for Giussani was opened in 2012.

Another sign of Giussani’s imprint is that one of then-Cardinal Joseph Ratzinger’s last public acts before the conclave that elected him as Pope Benedict was to go to Milan to celebrate Giussani’s funeral Mass, on his own initiative, on February 24, 2005.

Ratzinger was fulsome in his praise, especially the priority of Christ in Giussani’s life and worldview.

“For him, Christianity was not an ensemble of ideas nor a package of dogmas, but an encounter of love with Jesus Christ, an encounter that initiated and developed a love story between the student and the Teacher,” Ratzinger said.

“The centrality of Christ in his life gave him the gift of discernment,” he said. “His biggest temptation was when he founded the movement in Brazil: the impact of extreme misery moved him in such a way that he had to choose between making Christianity an ethical, moral, political movement, or to center himself more deeply and believably in Christ, his person, his proclamation, his mission.”

To be sure, Communion and Liberation has drawn more than its fair share of controversy.

For a good spell in the 1980s and 1990s, it was seen as virtually a conservative “rival Church” in Milan during the tenure of progressive Jesuit Cardinal Carlo Maria Martini. Though this tendency has died down a bit, for a time it was almost impossible for Italians to assemble a good conspiracy theory – and if that were an Olympic event, the Italians would be gold medalists – without casting someone from the ciellini, as members are known, in a starring role.

Despite all that, today it seems clear that whatever imbroglios the movement may have run into over the years, there was something deeper and of lasting consequence in Giussani’s life and work. 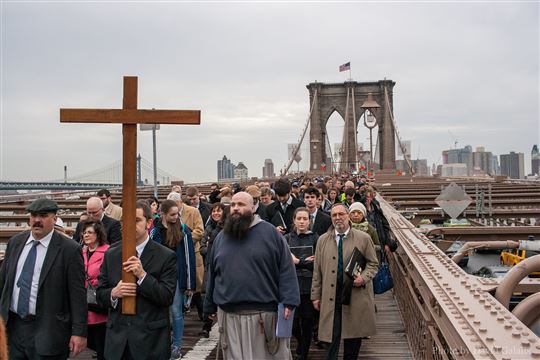 Memorial Masses are being held around the world to mark the anniversary of Giussani’s death, including Jordan, Chile, Argentina, Hungary, Luxembourg, Spain, Switzerland, and, of course, all up and down Italy. (In the United States, Cardinal Timothy Dolan of New York is scheduled to lead a Mass on March 5 in St. Patrick’s Cathedral.)

Although recent popes have gone out of their way to be generally encouraging to new groups and movements, each of the last three has had a sort of “pet,” meaning one group which was especially near and dear to the pontiff’s heart.

For St. John Paul II, it was Opus Dei, whose accent on the sanctification of work appealed to a Polish pope raised on an unconvincing Marxist reading of labor; under Pope Francis, it’s now clearly Sant’Egidio, whose emphasis on social justice, conflict resolution and dialogue dovetails neatly with his own agenda, and whose laid-back, improvisational ethos also mirrors Francis’s own personality.

Under Pope Benedict, it was Giussani’s Communion and Liberation, and its Christocentric spiritual and theological focus.

As it turns out, however, the affection between Benedict and the ciellini wasn’t just about shared ideas or religious instincts – it was also a matter of strudel.

Well before his election as pope, Ratzinger had asked a few female members of Memores Domini to work in his private household. Among other things, this meant cooking for him.

It was the custom in the household to prepare a strudel, that quintessential German pastry, on the cardinal’s birthday, which falls on April 16. In 2005, however, since his birthday took place just two days before the opening of the conclave to elect a successor to John Paul II, no one thought Ratzinger would have either the time or the interest for desserts.

In fact, around 10 p.m. on April 16, Ratzinger phoned the Memores Domini community in Rome to ask where his strudel was. Flustered, a member named Carmella said it was on its way, and then scrambled to find the ingredients to bake it – no small feat given the chaos of Rome in those days. Eventually, Ratzinger got his strudel, and took it with him into the conclave.

Just a couple of days after his election, the new pope phoned the Memores Domini residence again, this time to say that he would like them to form a small community in the papal apartments to see to his household needs. (One sign that Carmella’s confection hit the spot is that she was part of the group.)

That, folks, is how to win friends and influence people in Catholicism. Twelve years after the loss of their founder, the ciellini are still going strong, one strudel at a time.