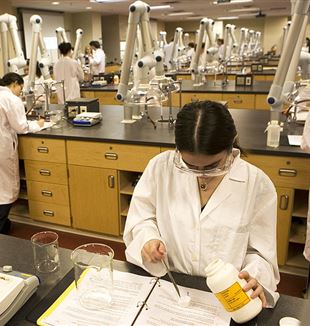 He was one of the signatories of the letter to Rector Guarini in reply to the “67.” Gianpaolo Bellini is Professor of Nuclear Physics at the University of Milan and Visiting Scientist at CERN in Geneva, FBNAL in Chicago, and the Russian IHEP. He is one of the most well known and highly respected physicists in the international scientific community.  Did he expect his colleagues in Rome to make this a cause célèbre? “To tell the truth, it surprised me that the protest came from physicists. They’re usually a more open-minded bunch than scientists in other fields. Biologists, for example, are generally more sensitive to a certain kind of ideology of science… And some of the names surprised me–people I knew as quite reasonable.”

How do you explain it?
I think it’s largely because people have little or no idea of the Church’s stance in recent decades. Then there’s a tendency to neglect issues that aren’t directly related to science. Obviously, our work keeps us busy. But some colleagues, in perfectly good faith, have failed to keep up with developments in philosophy and also in the Church on these subjects.

What’s the reason for this failure to go outside their own fields?
No doubt, science is becoming more specialized. I’d like to stress two important facts. One is that certain currents of modern philosophy, going by the name of “weak thought” and relativism, undermine the foundations of science. Weak thought denies that reality is knowable. And relativism affirms that, ultimately, there’s no clear distinction between truth and falsehood. But science is based essentially on a representation of reality that has to be true. It’s clear, yet never definitive. It works by repeatedly questioning its own formulations, testing them in a continuous cycle. But the distinction between truth and falsehood is fundamental. If we remove it, science no longer exists. In the university itself, there are certain schools that are the antithesis of science. So the Pope’s warning of the dangers of relativism means the Church is much closer to science than many other academic disciplines.

And the second fact?
It’s the Pope’s continuous invocation of reason. Again, this is strongly supportive of science, at a time when irrational attitudes prevail. And I don’t just mean the proliferation of horoscopes. There is confusion in the universities, too, with a tendency to call everything “science”–hotel sciences, communication sciences… But they’ve got nothing to do with science as a continuous process of formulating theories and testing them experimentally, of insight and deduction, which has a force and a certain degree of objectivity and, therefore, a predictive power. In this respect, again, the Church is a lot closer to science than certain other attitudes.

Yet weak thought and relativism are celebrated in the newspapers on the very pages that extol science as the sole criterion for a knowledge of reality.
It’s a paradox… True. But you know, there are even educated people who confuse relativism with the theory of relativity and conclude that science is also relativistic. They’re completely unrelated.

Which passages in the Pope’s speech struck you in particular?
We can start from these words: “Yet truth means more than knowledge: the purpose of knowing the truth is to know the good. This is also the meaning of Socratic enquiry: What is the good which makes us true?” I feel this is a summons to the fact that a scientist should pursue the truth, but with honesty. Another thing that destroys science is seeking to manipulate scientific findings ideologically. Perhaps the Pope did not actually mean this, but I interpret it as a summons to which I’m responsive.

This summons also judges the risk of losing sight of the necessary relationship between research and good...
True, although it is always essential to distinguish between fundamental research, science as knowledge, and its applications. They’re two different things. You can expand knowledge, going so far as to say, “Do this,” and then stop. The atom bomb doesn’t owe its existence to the discoveries of Fermi; it was a political decision. The debate over stem cells or genetic engineering is this kind of debate. You can explore and understand certain things; applying them is a political decision. I’m not saying this to diminish the responsibility of those scientists, but to stress a factor: when it’s said that a certain application should not be developed, it’s not a limitation of knowledge but of its practical application. Of course, this means adopting an ethical criterion that goes beyond a purely scientific logic–but only because the application is no longer covered  by that logic.

But in losing sight of the truth, even the application–meaning the power of technology–becomes absolute. Indulging one’s ability to do something prevails over other considerations. That’s a big temptation for you scientists…
The way a scientist behaves has to have an ethical basis. Science is destroyed without ethics. Another point also struck me: the reference to Habermas and the invocation of that “sensitivity to truth” which is all too often “overwhelmed by the sensitivity to [vested] interests.” Behind these applications there are endless vested interests. Their weight invariably makes itself felt.

We now come to the central assertion about the nature of the university. The Pope says it is born from the “thirst for knowledge... proper to man.” Is this still widely felt among people who work in your world?
It’s hard to say. There’s certainly a love of research. Otherwise, young people would never stay in the university, working untenured as low-paid drudges. Whether this longing is then translated into a real love of truth, it’s hard to say. The fact that science is becoming increasingly specialized makes a scientist a man with half a culture. I worked in the school of Giuseppe Occhialini, who was highly cultivated. He’d talk to you about art, music, books… A scientist and a humanist, in short. Today, that’s a lot rarer. And the idea of shared fields in the university, where colleagues in different disciplines meet and discuss their work, has lost a lot of ground.

The Pope has a lot to say about the reasonableness of faith. But at one point, almost between the lines, he seems to be saying that certain dimensions of knowledge by faith also form the weft of factors essential to scientific research. The criticism of an “a-historical rationality” drawing on tradition, for example, seem important to both faith and scientific knowledge. What do you think?
In a sense, it’s true. When I begin work on a research project, I don’t start from scratch. I obviously have to take stock of what’s been done before and draw on it. Still, there’s a distinction. Science develops continuously: as a representation of reality, it continues to change, because research progresses. I don’t know if it’s the same in the religious field. There, I believe, it’s not the interpretation that changes but the sensibility with which we perceive it. I don’t know if our understanding of revelation progresses in time or not…

In the speech at La Sapienza, there’s close continuity with Regensburg, with the invitation to make the widest possible use of rationality. I’m not a scientist, but I find this appeal exciting. And I imagine that for those for whom research is a vocation it must be even more so…
This point is fundamental. Without it, science doesn’t exist. Scientific research applies rational logic, still based on Aristotelian logic. But there are things science will never be able to measure. I can’t work on beauty or courage, because I can’t measure them. This kind of constructive criticism could be applied to other fields that use different methods. It’s what I found in Fr. Giussani, in The Risk of Education, when he speaks about the need for verification. This idea, I feel, closely matches the idea of enlarging rationality that this pontiff has. And it also holds good for the young. Bombarded by advertising, TV, etc., they’ve got to verify the things they’re offered. It’s an idea that closely matches scientific criticism–keeping the distinctions clear, obviously. Science studies the how of things, not the why.

To use Fr. Giussani’s image, it’s like your backpack. There comes a time when we feel the urge to take it off and rummage in it–the crisis. Highly scientific as a method, absolutely human as an urge…
True. The last pope also had a lot to say about this. It’s no accident that Ratzinger was one of his principal collaborators.

Do you and your colleagues discuss these points?
The La Sapienza affair should at least have sparked a certain desire to discuss them...  I don’t feel people are very responsive. I do talk to some colleagues, but I don’t know how many ever raise the questions themselves.

As a scientist, do you feel helped by a summons of that kind?
I certainly do. It’s also a form of recognition that comforts me. At times, you feel misgivings: I’ve dedicated my whole life to science, but did I do this for the good of humanity? Every so often, I ask myself this. Now, this stand by the Pope comforts me. Even a great humanist like the Pope recognizes the role of the scientist. Not to mention another point: a scientist has to be humble. If I were to forget that, if I thought my head was bigger than reality, I couldn’t do research. In this whole business, I find that some attitudes are far too arrogant.

Humble comes from humus, related to the soil–another very materialistic, scientific point, and at the same time human... Do you feel what has happened will at least prompt discussion of the situation in the university?
I’d like to think so, but I’m afraid not. Not unless someone tries to keep the debate going.