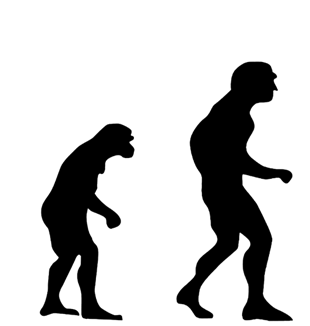 Currently in debate in the United States is the question of intelligent design as a theory to explain the presence of human beings. Could you comment on the validity of this approach as a scientific theory?
Science is the result of our efforts to understand the innermost workings of the natural world. It is based on observations and experiments that are used by scientists to make theories that describe what is going on. In the early stages of the development of science there may be several theories that give a good account of the available facts, but as more results become available their number decreases, until finally there is only one acceptable theory. These theories give us genuine knowledge of the world, but are inevitably only partial and are subject to revision in the light of new observations and experiments.

The making of observations, experiments, and theories are part of the scientific endeavor and are the sole province of scientists. Our minds are all-encompassing, and we always strive to integrate science with the rest of our knowledge, in particular with our vision of the purpose and destiny of mankind. This is where philosophical and theological considerations enter, and where strong differences of belief can arise. In its broadest sense, the theory of evolution describes the development of the natural world from the initial explosion known as the Big Bang, through the formation of the nuclei of atoms and the appearance of organic life culminating in the appearance of mankind. From a theological perspective, several positions are possible. The most extreme is that of creationists, who hold that God created everything about six thousand years ago (as appears from a literal reading of the Bible). This implies, for instance, that God created rocks with fossils inside them; it is radically unscientific and is now totally discredited. At present, there are several overall views on evolution that are widely discussed. One view is that God created everything in the beginning with such properties that they subsequently interacted in accord with their God-given natures to give the result we see today. Another view accepts this in general, but in addition says that there are some transitions in the whole process that we cannot understand and so we must postulate God’s intervention at these points. An absolutely contrary view is that there is no God and that all comes about as a result of random chance. The meaning of “chance” is seldom analyzed. It is, to me, not an agent but simply an admission of our ignorance of the actual causes.

These views are not entailed by the scientific evidence, but are interpretations deriving from wider philosophical and theological views. Catholic theologians accept the first of these views and reject the last one. There is at present much debate about the second view, some saying that it can be scientifically proved that certain stages in evolution cannot be explained scientifically but must be attributed to the direct action of God. I do not accept this view, because we cannot see into the future, and what has seemed inexplicable at one time in history has afterwards received an acceptable scientific explanation. It is always unwise to close the doors to future advances and to say that something can never be done.

These remarks refer to the evolution of our bodies; it is the teaching of the Church that God infuses an immortal soul into each person at the moment of conception. This is a matter on which science has nothing to say, as it lies completely outside scientific investigation.

Often we see the principles of physics marshaled in the philosophical arena, as in the case of relativity theory used to justify the relative nature of ethics. Could you comment on the fairness of this extension?
There have been many discussions about the philosophical or even theological implications of, say, quantum mechanics, or relativity. One story of this transpired in England, when Lord Haldane said to the Archbishop of Canterbury that relativity theory was going to have a very big effect on theology. So the then-Archbishop of Canterbury Randall Davidson thought it his duty to learn something about relativity and tried to read some books on the subject. (Of course, he had the usual assumption that anybody trained in the arts could master any subject!) He was soon driven to a state of intellectual desperation, but he dealt with the situation very well. He decided to ask Einstein what effect relativity was going to have on theology and Einstein replied quite definitely, “None whatsoever!” Nothing to do with theology! So I think that summarizes my position on some of these things. There is the great prestige of science and some people say that advances of science are going to lead to new theological knowledge and so on but I think this is totally misconceived.

When science advanced unchecked into the realm of nuclear physics, we found ourselves with the ability to cause vast destruction on a global scale. This century, rather than being advances in physics, it is advances in biology posing parallel challenges. How do you see the relationship between these two periods?
When we say, “Science does this or that,” it’s scientists who do things, motivated entirely to find out how the material world works. There were people in the 19th century who were interested in the structure of matter and who made experiments with the discharge of electricity through gases, and they discovered electrons. J. J. Thomson discovered the electron as a particle and his son G. P. Thomson(my research supervisor)showed that electrons can be diffracted as if they were waves. Then Rutherford discovered the nucleus and looked into nuclear reactions, and in 1936 he was asked, “Well, what’s the use of all these studies in nuclear physics?” And Rutherford said, “Oh, there’ll be nothing more than small-scale laboratory applications.” We’re talking about 1936. And by 1939 they discovered the phenomenon of fission and this provided a way to release the energy of the nucleus. So then we had on the one hand the possibility of nuclear power and, of course, the tragedy of the atomic bombs. That is an archetype of what happens in science, that the role of scientists is to be interested just in finding out without thought of applications. Because it’s actually impossible to foresee the applications, scientists should be free to investigate. If somebody had said to Conrad Roentgen or Madam Curie, “You’ve got to find something that’s going to help doctors,” they would never have discovered x-rays or radium. So the advances in pure science often open up huge new fields of human endeavor, and also carry with them the possibility of good and the possibility of evil. The responsibility of the scientists is to inform the public. Then it’s for everyone to participate in the decision-making, the political process, to make sure that as far as possible only the good effects are implemented. It is often far more complicated than this, because they interact with each other, but that should be the aim.

Now I’ve been talking entirely about physics. I’m not a biologist, but I expect the same principles to operate: the more we know about the human body, the more we will be able to do things that are beneficial, as well as having the possibility to do things that are evil. Often these problems are much more agonizing because they involve the human person much more directly.