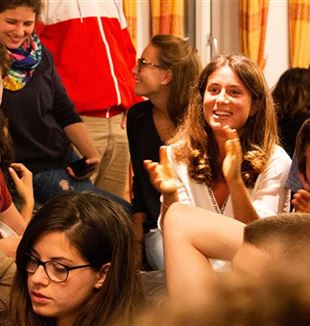 Julián Carrón. “By these facts, you will know that I am the Lord” (cf. Ex 10:2). This was the title for our summer vacations. And, as we’ve said, the precondition for us to be surprised by those facts through which we know He is the Lord is an “affectivity,” in the sense of the word Fr. Giussani demonstrates by telling the story of that young man who, hiking along the trail that leads from a town in Val Gardena to the top of Mount Pana, kept his eyes on the ground, stopping here and there to collect a rock. After watching for awhile, Giussani figured it out: they were fossils. That man was a scientist, who, because all his attention was focused on discovering fossils, was able to notice them. He didn’t conjure up the fossils; they were already there, but a person without that attention, interest, and particular curiosity, like Fr. Giussani, had never been able to spot them despite having walked that trail many times.

Only an affective energy toward some facet of the truth of reality can sharpen our eyes to see things. Now, to prepare for this time together, we posed a few questions as the agenda for the day: In all that we lived over the summer (vacations, gestures, the Rimini Meeting, the pilgrimage to see the Pope in Rome, our free time), were there facts that generated such a wonder in us that it engaged the totality of our “I,” pushing us to recognize Christ, to say His name? When were we surprised by recognizing Him? What proved to be capable of regenerating our lives?