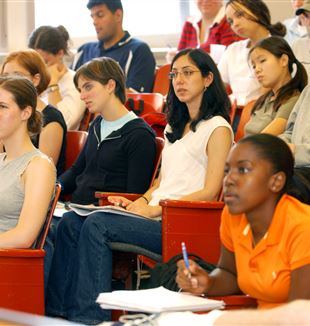 Walk into any faculty room these days, and you’re likely to hear teachers bemoaning the state of American youth. Their concerns are often echoed by parents anxious about their children, and their children’s future. High school students seem particularly overworked and overwhelmed today. Young Americans feel the need to achieve at ever-higher levels and in ever-more activities in order to “succeed” in life.

The 2013 documentary Race to Nowhere expertly showed the toll that trying to “do it all” takes on students. But while kids seem overwhelmed, they also seem entitled and coddled in strange ways. It’s hard not to sense that they haven’t really grown up somehow, and are often unable to work as well or as seriously as their parents did. Amy Chua’s best-selling parenting memoir, The Battle Hymn of the Tiger Mother—which details her own aggressive approach to educating her children—speaks to that end of the spectrum. Where does this dichotomy come from? Who’s right about what’s wrong with our kids?

The answer seems to be: they both are. In essence, we forget how critical relationships are, and in the process we raise children who are both overworked and underdeveloped.

Not up for the challenge

In a recent article in the New York Times, David Brooks argued that children these days are both “praised to an unprecedented degree … and honed to an unprecedented degree.” The resulting combination makes them surprisingly fragile. They feel loved, but also manipulated—loved as long as they do what their parents want, but they seldom feel loved unconditionally. This lack of unconditional love helps account for some troubling trends among American young people today: their difficulty in persevering in challenging tasks, and their lack of resiliency and flexibility when confronted with obstacles.

Some of these problems in character have been linked to the relatively poor performance of American students on certain academic tests (in mathematics especially) when compared with their international counterparts. Solving difficult problems requires staying on task for an extended period of time, even when the work gets difficult. For many students, that seems impossible. According to Brooks, that’s because so many children feel the need to earn their parents’ esteem and they experience tremendous anxiety at the thought of it being withdrawn. Paradoxically, parents’ attempts to hone their children’s skills in more activities may ultimately result in diminished ability, as young people shy away from activities where they feel uncertain of their immediate success.
Fr. José Medina, former principal at the Cristo Rey High School in Boston, sees the problem as a catch-22, an inevitable result of modernity and the modern vision of the person. He believes it’s a problem we can only address by putting the personhood of both student and educator back at the center of education.

“The initial focus of [contemporary] education is to allow a person’s fulfillment, to allow him or her to be successful in ways that are clearly identifiable and measurable. In order to do this, teachers must give students the tools to reach that success,” says Medina. “But the notion that fulfillment comes from a person’s capacity to do things winds up creating young people who are insecure and fearful; they are always looking for approval. They’re stressed, insecure, and unhappy.” Inevitably, Medina says, “people looked at what kids were being asked to do, and decided that it was overwhelming them. So a backlash ensued, and people decided to stop giving homework and give kids medals instead so that they’d feel appreciated.”

A new way to motivate

At the same time, teachers have noticed other disturbing trends, like a lack of motivation in many students. Thus, both character education and resiliency education were born. Character education focuses on the virtues, and helping students grow in virtue as well as in intelligence. Resiliency education is more about a student’s ability to overcome challenges and setbacks. Both attempt to build students’ internal motivation through non-academic means.

Medina sees great merit in both of these approaches, but believes they miss a key component: the personal dimension. He would agree with Brooks that a lack of unconditional love is a critical factor, and this is the piece of education that’s being left out. When students have someone who can accompany them in their struggles, who can lead them on through difficulties, they learn not just from the model or the virtue, but from the person himself. This is an essential part of the education process, which gets lost too easily today.

“What you need is a teacher who has an affection for you, for who you are, and who is willing to walk with you through the difficulties of life,” Medina emphasizes. In the final analysis, he believes that both skill-oriented and virtue-oriented notions of education often discount the role of educators themselves. Teachers become a means to an end, when instead, Medina argues, the role of teachers themselves as a presence in a student’s life cannot be underestimated.

The need for a personal and relational model is now being recognized by a number of experts in education. Kent Pekel, president and CEO of the Search Institute, has documented the importance and power of what he calls “developmental relationships.” These can take many forms—from adults who go fishing with kids regularly, to people whose involvement in a child’s education is more direct. But perhaps most critically, in a developmental relationship, Pekel explains, “The relationship is mutual. The kid has a sense that you’re not there because you have to be … because you’re collecting a paycheck … [The kid recognizes] ‘You want to interact with me.’ ”

Pekel argues that there also needs to be alignment between the amount of challenge that a relationship demands and the level of support: challenge without support is not helpful to our kids. He encourages teachers to think about the developmental relationships that helped form their own identities. He acknowledges that the process of formation goes both ways. 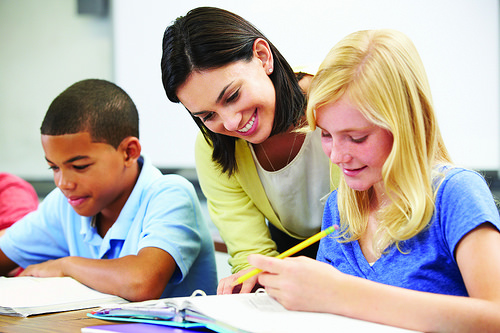 Isabel Altomer,* a graduate of Port Chester High School in New York, is a case in point. Raised by a hard-working and loving single mother who came at 16 to New York from the Dominican Republic, Isabel studied hard in high school. But her academic success didn’t prevent her from feeling extremely vulnerable on a personal level, terrified of abandonment and eager for approval. While she continued to achieve throughout her high school year, she felt disconnected.

“Even though I was in AP and honors throughout all of high school, it just wasn’t worthwhile for me. It felt like learning because there was a test, not because this was relevant to my life, aside from it helping me get a job someday. And even that, I didn’t quite understand,” says Isabel. “My illicit drug [use] was the typical teenage experimenting in the last couple months of my junior year. I did it because all the other honors kids and ‘good smart’ kids the teachers always loved and raved about, they were smoking pot, and partying and drinking alcohol. I wanted to belong, and at first it was fun. My teachers didn’t care about me or them. They cared that we got the best test scores, that we were the kids who scored in like the 94th percentile on SATs, APs, etc. So cutting class at the end of our junior year, they didn’t care. As long as we got those beautiful test scores. As soon as AP exams were over they checked out, so we did as well.”

But at the end of her junior year, Isabel met a teacher who reached out to her in a decisive way. “Camil told me that she would be with me, with me in my pain, joy, fear, etc.—and she was, and she continues to be; she stayed,” says Isabel. Although her background left her with an ongoing fear of abandonment, Isabel’s relationship with Camil showed her that she didn’t have to be so afraid.

That relationship—with just one teacher—turned things around for Isabel. It opened the door of hope. Isabel began to see herself and her life in a new light. Her education wasn’t an abstract measure of her success, but part of a fuller and more integrated life and personhood. Isabel graduated from high school in 2011 and then from college in 2015. She is now an educator at a New York museum and extremely passionate about her work.

Isabel’s story isn’t just about “educational success,” it’s an example of the inevitable and impressive transformation that happens when we focus on educating our children as whole persons—valuable and lovable in themselves—rather than simply functions of their academic success or “potential.”Understanding how we are formed ourselves, and form others in turn, can help us to better understand our roles as parents and educators, moving us towards an approach based on unconditional love. And isn’t that something we all want? After all, teaching and parenting—just like life itself—is about something much bigger than a paycheck.