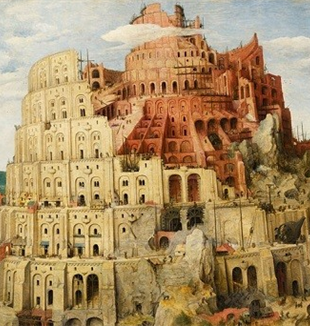 As the Chair of a department of World Languages and Literatures at a large public university, I often come across the question of, ”Why bother to learn another language?” “After all,” some say, “people speak English all over the world.” Anyone who has traveled abroad knows that, even with the spread of English, not knowing the language of the country one is in can be a serious handicap. Just fall ill on a foreign trip and you will know what I mean. The ability to communicate effectively with others in their own language is no laughing matter.

Learning at least one language other than one's own can therefore be helpful for communication. But communication means more than the ability to exchange basic information. Communication can be as simple as giving street directions to someone who is lost or as complex as the poetry of Gerard Manley Hopkins. It can be as critical as the communication between a pilot and an air traffic controller or as trivial as a joke in bad taste. In my experience, the wish to learn another language goes beyond a practical necessity and responds to something deep within us.

I often teach a course on the theory and practice of translation, and on the first day of class we review the story of the Tower of Babel. In the account, which comes from the book of Genesis, mankind journeyed from its home in the east and decided to settle on a vast plain. Upon establishing themselves in the place, they make a fateful decision. “Come, let us build ourselves a city, and a tower whose top is in the heavens; let us make a name for ourselves, lest we be scattered abroad over the face of the whole earth.” (Gen 11). According to the biblical author, God, seeing in this another attempt to deny man’s dependence on the infinite, causes the tower to be destroyed. But more lasting and painful than the destruction of the tower is that humanity’s original common speech is divided into a multiplicity of languages, mutually unintelligible. ”Therefore its name is called Babel, because there the Lord confused the language of all the earth.”

Babel points to a factor we perceive in experience — that the multiplicity of languages is a punishment, a fracturing of an original unity whose result is incommunicability between people. And while in our personal lives we see that the barrier of incomprehension affects much more than speech and writing, the desire to learn another language is a concrete sign of the urge to overcome the wall of incommunicability dividing us from others, a division we perceive as unnatural and painful.

But learning a new language, especially as an adult, requires effort and determination, as does learning anything of value, and many people give up after a short time or even fear starting. As a professor of language, part of my task is to help students overcome that fear and lethargy and show that it can be fascinating, intriguing and enjoyable. There is a saying in Spanish which sums up the idea perfectly, Enseñar deleitando (“to teach through enjoyment”). The phrase has its origins with the Roman poet Horace, who held that the best literature both instructed and delighted its audience; in other words, that knowledge and attraction go together. For me, this means that the first task is to transmit the enthusiasm that I experience for the language, for its beauty and for the uniqueness of the culture that generates it.

Thus everything can be useful for transmitting this enthusiasm — music, art, film, journalism, and sports. My Spanish language students might watch a flamenco performance, see a news broadcast from Chile, or listen to Mexican soccer announcer scream “GOOOOOOL!” As we know from watching little children, the more one hears a language in use, the more natural it is the desire to speak. And since learning and perfecting a language is a lifelong task, it is important to give the students the tools to be able to take responsibility for their own learning and continue long after my course is over. This means not just exposure, but helping them to actively engage with language by becoming attentive listeners and careful readers who can also express themselves in writing. Finally and most importantly, one learns by speaking the language — overcoming fear of mistakes and, practicing, exercising the tongue and vocal chords, interacting with others in that language.

But once a person has gone beyond the elementary level of language acquisition, why bother continuing on? Because the more you learn a language, the more interesting things become. Language is a type of music — it is great to listen to it, but at a certain point you want to play it, too. To be enchanted, captivated by a language means wanting to be able to produce it, not only in its basic form, but also in all of its nuance, all its possibilities. By understanding how another language functions, I begin to better recognize the possibilities of my own language. A galaxy of new ways of perceiving and describing experience opens up before me when I begin to understand the connotations of foreign words, for instance, why the Portuguese saudade means so much more than “longing.” Thus the treasures of the world’s poetry, music and literature become more accessible and reality becomes more inviting, friendlier, and other people become less foreign. And since the I”, the self, my humanity, does not exist in isolation, enclosed, as it were, in a box or in a body, it begins to grow and flourish through contact with other selves.

To overcome the foreignness, the extraneousness of the other is one of the deep desires that propel us to learn new languages. Teaching others to do so is an attempt to share that desire with them, and to engage the promise that the curse of Babel has been overcome.