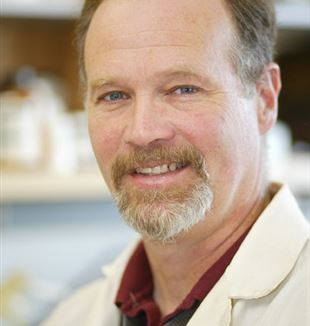 Huge advances in comprehension of the human person and our world have given rise to a sometimes heated debate in today's America about the place of God in the origins of existence, and in the workings of daily life. Well known neo-Darwinist, biologist Kenneth Miller of Brown University, and Nobel Prize (Physics) and Templeton Prize winner, Charles Townes, candidly broach the topic with Traces. Dr. Townes asserts that "for us to be here with the abilities we have is suggestive at least of a planner and designer," while Dr. Miller later adds, "The essence of our humanness is our intelligence, our awareness, our ability to imagine a relationship with God." 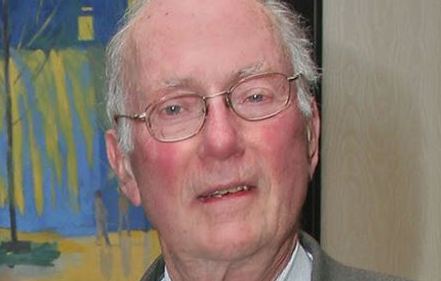 At the New York Encounter this year, you spoke on the question of whether an accomplished scientist can be a believer today. Do you think that science can disprove the existence of God?
Townes: I don't think it could possibly do that. I don't think there is anything they could produce to disprove it.
Miller: Any so-called proof would be what a philosopher would call an error of category. Science, by definition, deals with the material universe. All physical entities are limited. God cannot be limited, therefore a physical God would not be God as we understand it–God has to be something else.

Are you suggesting that God and the material world have separate domains?
Miller: No, not really. To me, to deny the hypothesis of God, one must take the position that nature and existence are self-explanatory. And I don't think they are. I think existence requires an explanation and that is what faith provides.

Why is the conversation so harsh between people who believe in God and those who do not?
Townes: Well, in many cases, people want to prove so much that they're right. I don't think they're very open-minded.
Miller: Recently, there has been a kind of naïve utopianism associated with the new atheist movement which holds that the world would be a much better place without religion. But let's have a little dose of reality here. Most of the great mass killings of the twentieth century occurred in states that officially abolished religion.

A world without God would imply that we're all determined, there is no truth in the end, and, consequently, each opinion is equally valid.
Miller: Richard Dawkins, to paraphrase him, says the universe we know through science is exactly what we would expect if there is no right, no wrong, no good, no evil, no meaning, no purpose, nothing but blind, pitiless, indifference. So, I wonder how Richard manages to get up in the morning. I once asked him, "You say that the universe is without meaning, purpose, and value, but I don't know anybody who lives their life with more intensity of purpose than you do." And you have to imagine him leaning back in his best Oxford style, saying, "Well, the universe may not have a purpose, but I do."
Townes: Is he suggesting that he's not part of the universe?

A few topics are at the heart of the discussion between religion and science. One of course is God as the origin of the universe...
Miller: Stephen Hawking in his last book said that we can now explain the universe without God. The idea is basically on the edges of string theory. He makes the argument that new universes can come into being spontaneously, without requiring, as he would put it, God, therefore we've answered the question. But he and his co-author don't seem to appreciate that this theory, even if true, begs another question, which is, "Why should existence be such that new universes come into existence spontaneously?"
Townes: Why should string theory be there in the first place? The knowledge that the universe had a beginning is very suggestive of religion. In addition, the laws of the universe are just right so that we can be here. Why did they turn out that way? For us to be here with the abilities we have is suggestive at least of a planner and designer.

Dr. Miller, when you said in your book Darwin's God that you believe in Darwin's God, did you mean that evolution is unguided and purposeless and human life was a fortunate outcome, or do you think that we were specifically intended to arise?
Neither one. Evolution is inherently unpredictable–the details, the twists and turns the process will take, have an element of chance. Having said that, it's a process that explores what biologists call adaptive space. Given the way evolution tests various solutions to existence, you will end up, no matter what, with animals with highly developed nervous systems that enable them to become reflective and self-aware. And that's the niche we wound up in.

Did that niche have to include humans?
I once had a discussion on this issue with the late [evolutionary biologist] Stephen Gould , who concluded that no God could have ever used evolution as the process to create us because He wouldn't have been sure of what He'd get. Steve asked, "Do you think God would have been happy with big-brained dinosaurs?" And my answer was, "Why not?" The essence of our humanness is our intelligence, our awareness, our ability to imagine a relationship with God. And I don't see any particular reason why evolution wouldn't have found that niche even if mammals had never existed.
According to Judeo-Christian beliefs, God maintains control at all times…
Miller: Take a look at a 2004 document called Communion and Stewardship: Human Persons Created in the Image of God, released by the International Theological Commission, chaired by then-Cardinal Joseph Ratzinger. It says that any unguided, natural process can be unguided only because God made it so. So it was the choice of the Creator to allow this process to accomplish His will.
Townes: Let me put it very simply: evolution is part of the natural process. And that process is the creation of God. So evolution is the creation of God.

What are your thoughts on consciousness and free will?
Townes: Science can't explain free will. And I don't think it can say just what a person is. The idea that nobody can have control… well, how many people believe that? Everyone thinks they have free will. I can't believe that I just automatically do what the molecules tell me to do.
Miller: I don't think there is anything that happens in the brain that can't be ultimately explained in terms of the laws of chemistry and physics and the cell biology of nervous connections in the brain. Having said that, we're very far away from really understanding anything about how we make decisions, how we perceive.

Is it just a matter of time until we understand how the brain works?
Miller: This is almost an article of faith (that neuroscience will fully explain the workings of the mind). It's enormously complicated and will take us a long time to figure out even the most basic things. Someone once asked, "You mean life is mere physics and chemistry?" and I said, "Yes, but the word that doesn't belong there is mere."

Stephen M. Barr, physicist and author of Modern Physics and Ancient Faith, said, "What happens to morality, natural law and ethics if neo-Darwinism is right? Nothing, if you recognize that a man is not merely a product of evolution, man is not reducible to matter, not only as Scripture and tradition attest, but as human reason can discern by reflecting upon its own powers."
Townes: We don't understand personality and free will. We might think it is science, biology, and so on, but they can't explain where they come from. Whether God instills them before, during, or after birth, I don't see that it matters.
Miller: As a biologist, I can assure you that the soul is not a scientific concept. But is it a real concept? I think it is. Evolution is the source of who we are but it does not explain everything. Arts, mathematics, and science, which we create, have an existence that is apart from our evolution as organic beings. Are our behaviors determined? Do we have free will? I'll take the side of Daniel Dennett, an atheist, who believes that we do have free will. He argues that we really cannot settle the question scientifically, in an experimental sense, but it does us good as a society and as individuals to believe that we have free will because it effects our actions and judgments in a positive way.

Of course if we don't have free will, we can't choose to believe we have it. Perhaps part of the issue involves the question of Deism vs. Theism.
Miller: Though I've been accused of it, I am not a deist. To the deist, God is someone who set the universe in motion and since then has been just watching things happen. There isn't anything about God allowing the physical world to be created to work His will–and allowing beings to have free will within it–that suddenly abrogates Him from intervening or acting in that world. As a believer, I pray. An atheist thinks prayer is just, "God, give me this, give me that, let the Pat's win today," things like that. But go to a retreat where people talk about the power of prayer and it's not "give me." Prayer is a kind of self reflection, trying to establish and sustain a relationship with God.
Townes: Science is an attempt to understand our universe and everything around us. Religion is an attempt to understand purposes and meaning of human life. That's the difference. But in both science and religion, we try hard to understand, use all the knowledge and reasoning we can, to figure out what's most likely right and then use it and live by it.